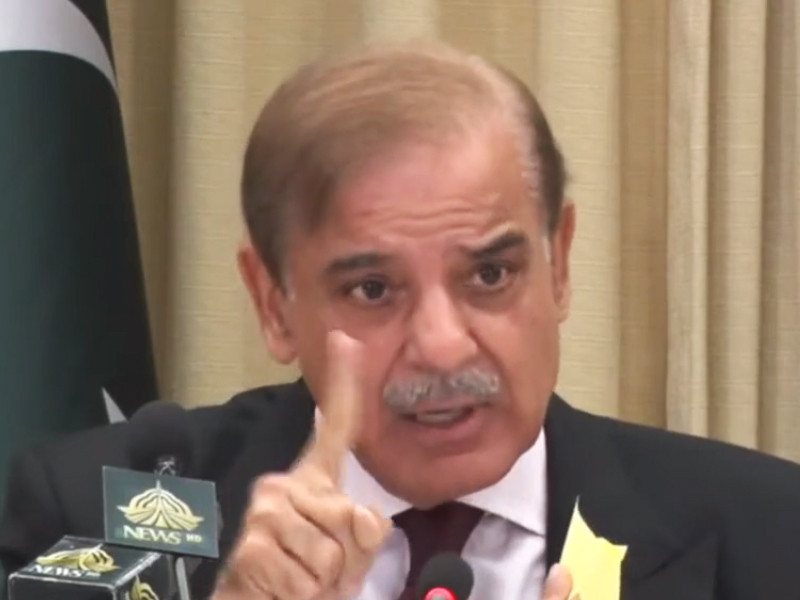 
The PML-N and the PTI rarely come to a common conclusion. However, the exoneration of Maryam Nawaz has made them realise the faults in the accountability system — albeit for different reasons.

On Friday, Prime Minister Shehbaz Sharif said that the system of accountability was used to discredit and defame former premier Nawaz Sharif and his daughter Maryam Nawaz, saying the vendetta-driven process caused political instability and took a toll on the country’s politics.

A day after the Islamabad High Court (IHC) acquitted Maryam, the prime minister said that the National Accountability Bureau (NAB)’s “Avenfield reference highlights how the system of accountability was used to discredit and defame Mian Nawaz Sharif & Maryam Nawaz”.

In a tweet, the premier stated that “such a vendetta-driven process led to disruption of the country’s democratic evolution and caused political instability that took a terrible toll on politics”.

“Maryam’s acquittal in the Avenfield reference is a slap in the face of the so-called accountability system that was employed to target the Sharif family,” the premier tweeted on Friday, suggesting that the whole system was manipulated – allegedly by the powerful stakeholders – just to target the House of Sharifs.

However, the premier is not the only person who has pointed finger at the accountability system. PTI Central Senior Vice President Fawad Chaudhry, too, said that the acquittal of Maryam and her husband in the Avenfield case raises serious questions about the justice system of the country, saying it seems next to impossible to punish big corrupt mafia in Pakistan.

“Maryam’s acquittal in the Avenfield case puts a question mark on the justice system,” Fawad said in a news conference, adding that the Sharif family was declared “guilty” by the Supreme Court as a result of the JIT inquiry, and the Panama JIT had concluded that Maryam was the original beneficiary of the London properties.

He accused Maryam of lying but regretted that she and her husband were now given a clean chit. It was the judgment in the Avenfield reference that had ensured that the father-daughter duo was not only convicted but kept out of the politics before the 2018 elections.

Though a decision about Nawaz has yet to come, Maryam’s acquittal has made her eligible to contest elections and hold public office.

It’s surprising that both the sides have expressed reservations on the accountability system and, ultimately, on the judiciary and the judicial process.

Both the parties appeared to be dissatisfied with the accountability system, but the only difference is that the PTI was happy with it in the past, while the PML-N is content with the IHC’s decision now but was unhappy with what happened in the past.

Regardless of the political parties’ position on the alleged manipulation of the system, it was the country and its people that had to bear the brunt in the shape of political instability and economic crisis arising out of a faulty system of accountability.

Reversal of the court decisions is a common court practice, yet the response from both the political parties highlight the need to take immediate measures that can enhance not just theirs but public’s confidence in the system.

So far, the incumbent rulers have amended the NAB law to the extent that it bereft accountability courts of their jurisdiction. As a result, the accountability courts across the country have started returning corruption references to the NAB chairman, including the references against PM Shehbaz and his son Hamza, among several others, as the cases involved amount which is less than Rs500 million – a new threshold for corruption cases.

Corruption cases have long dominated Pakistan’s political scene and political parties have long been using opponents’ graft cases for political gains. The slogan of “across-the-board” accountability surfaces every now and then but it goes away with the same speed while the country keeps sliding down on the global corruption index.