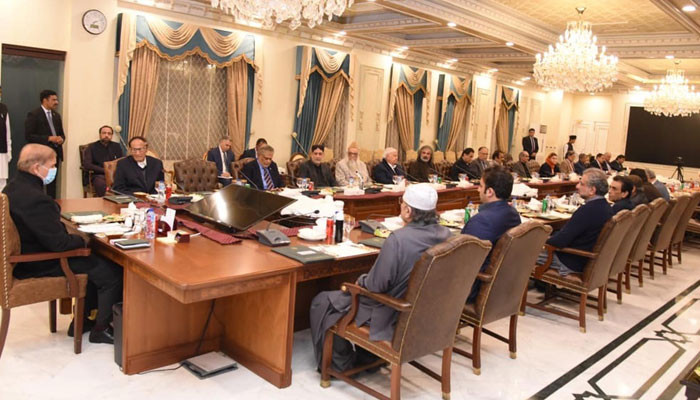 The minister, after the conclusion of the coalition partners meeting held on one-point basis agenda, revealed that all party leaders entrusted the decision of the appointments to PM Shahbaz.

During the meeting, former President and PPP Co-chairman Asif Ali Zardari entrusted his support to the prime minister, telling PM Shahbaz that he is the premier and the Constitution has granted him this “authority and privilege”.

JUI-F’s chief Maulana Fazlur Rehman also extended his support to the premier. “We stand with you no matter what decision you take,” he maintained.

Meanwhile, PML-N leader Shahid Khaqan Abbasi said that it was a matter of pride for the party that the premier had full support from coalition partners.

Also present at the occasion, Foreign Minister Bilawal Bhutto-Zardari said: “Mian sahib, we stand with you in every decision.”

“The Constitution gives you the responsibility. We support and endorse your decisions,” Bugti said during the meeting.

Earlier today, the Prime Minister’s Office confirmed that it has received a summary from the Ministry of Defence with a panel of names for the appointment of the new COAS and CJCSC.