PM Shehbaz in London on ‘private visit’ | The Express Tribune 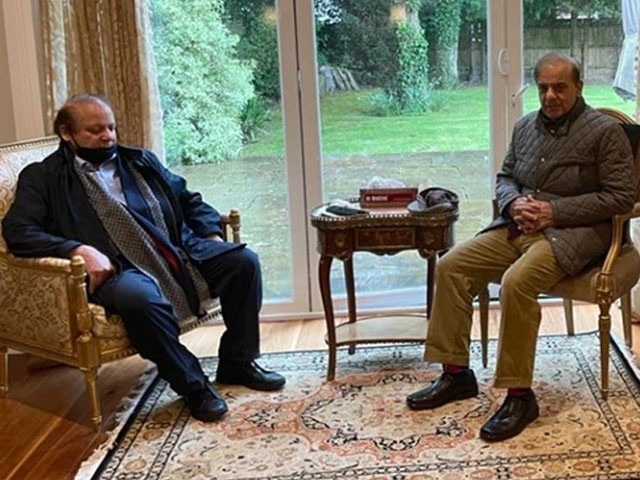 Federal Minister for Information and Broadcasting Marriyum Aurangzeb announced the PM’s trip late on Tuesday night, stating that the premier had left for the United Kingdom on a private plane for a private visit.

According to sources, PM Shehbaz will consult with Pakistan Muslim League-Nawaz (PML-N) supremo Nawaz Sharif on important issues in London, in which various issues including the current domestic political situation will be discussed.

The PM and the PML-N chief are also expected to discuss rival party chief Imran Khan’s march toward the capital as well.

Sources have also anticipated that PM Shehbaz’s private visit to London may last more than a day.

This is the prime minister’s second visit to the city since September where he had met with Nawaz a day after arriving in London to attend the state funeral of the late Queen Elizabeth II.

Following the prime minister’s previous visit, former financial czar Ishaq Dar had taken over as Pakistan’s finance minister again in a desperate move by the bigwigs of the PML-N not only to revive the country’s faltering economy but to regain its lost political capital ahead of the next general elections. The minister’s return to office was at the time expected to pave the way for the return of Nawaz Sharif.

However, the much anticipated stability that had been eagerly sought by the PML-N remains yet to be established.

Meanwhile, the country’s political temperature has hit a boiling point after PTI chief Imran Khan announced that his party will be returning to the streets to resume its long march on Islamabad, which was disrupted after an attempt on his life, from Thursday (tomorrow) — exactly from the point he brushed with death three days ago.