The Pakistan Muslim League-Nawaz (PML-N) leaders on Friday lambasted the Pakistan Tehreek-e-Insaf (PTI) government over massive depreciation in the value of the Pakistani rupee against the US dollar during a session of the National Assembly.

The lower house of parliament met under the chairmanship of NA Speaker Asad Qaiser.

“I challenge the government to bring the US dollar to Rs100, even temporarily,” he said, alluding to the record depreciation in value of the Pakistan rupee against the US dollar.

Responding to Abbasi, Economic Affairs Minister Omar Ayub Khan said that the PML-N took loans to the tune of $23.6 billion to keep the rupee stable. “The government is still paying $9.9 billion interest on these loans,” he added.

On Thursday, the Pakistani rupee continued its downtrend as the currency dipped 0.28%, or Rs0.49, against the US dollar in the inter-bank market, touching a fresh all-time low of Rs173.96.

Experts attributed the depreciation of the rupee to fears of harsh measures that might be taken before the resumption of the International Monetary Fund (IMF) loan programme.

During the NA session, PML-N stalwart Khawaja Asif also came down hard on the government and the State Bank of Pakistan (SBP) Governor Reza Baqir, over the latter’s remarks regarding the depreciation of the rupee.

According to Asif, the central bank chief said that the fall in the value of the rupee benefitted the overseas Pakistanis and their families. “What will happen to the 220 million Pakistanis living in the country,” Asif questioned the SBP governor.

Asif was alluding to the remarks of the SBP head wherein he had said that the massive depreciation in the value of the rupee had benefitted the overseas Pakistanis. During a press conference in Manchester earlier this week, Baqir had said that the increase in dollar rates benefitted some people and harmed others.

“Overseas Pakistanis benefit because their family members receive more remittances. We should not forget those who benefit [from the fall of rupee],” the governor had said.

The PML-N leader said Baqir was a “representative of the IMF [International Monetary Fund] who will return abroad after the job is done”. Baqir destroyed Egypt’s economy first now it is Pakistan’s turn, he alleged.

During the session, the details of the China-Pakistan Economic Corridor (CPEC) were also tabled in the house. The planning ministry officials said that currently 39 projects worth $25 billion had been started under the CPEC. Some of them have been completed whereas work is in progress on some, they added.

The session was adjourned indefinitely by the NA speaker after Pakistan People’s Party (PPP) leader Naveed Qamar pointed out the quorum. 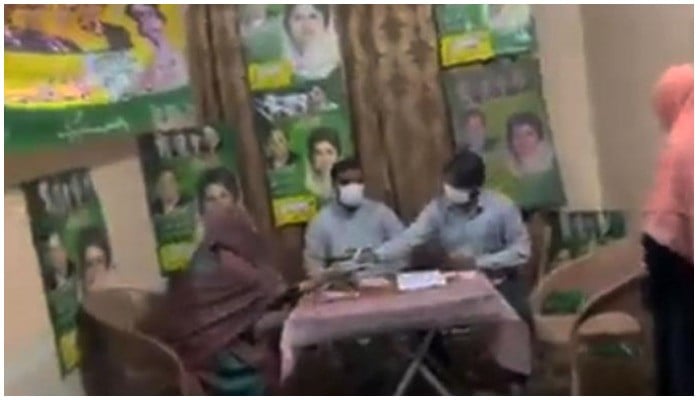