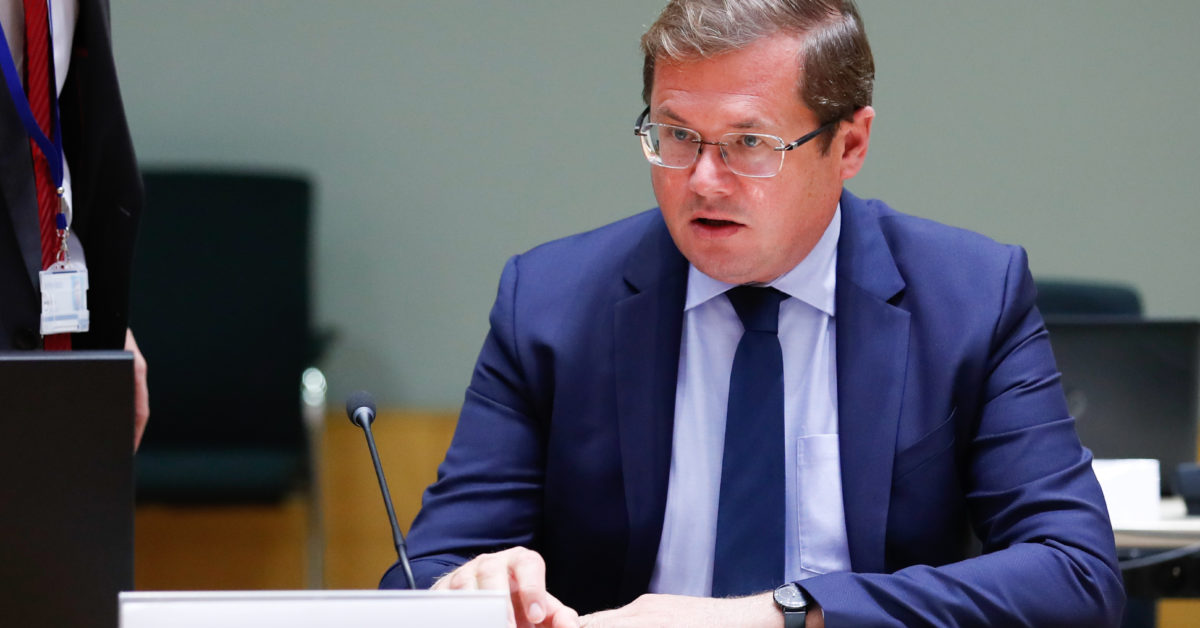 A move to put Polandâ€™s EU ambassador in a top Brussels post has sparked a backlash among diplomats and officials, who fear the department dealing with the blocâ€™s neighbors becoming a bastion of illiberalism inside the European Commission.

Some Commission officials and EU diplomats say the appointment of Andrzej SadoÅ› as the top civil servant at the department, known as DG NEAR, would send the wrong message to countries in the Western Balkans that aspire to join the Union and have been told by Brussels to adopt high democratic standards.

The European commissioner in charge of the department, OlivÃ©r VÃ¡rhelyi of Hungary, has already faced accusations of downplaying democracy and the rule of law in assessments of Western Balkan countries that want to become EU members.

VÃ¡rhelyi and SadoÅ› â€” who are close friends â€” both have strong ties to their home governments, which stand accused by EU institutions of backsliding on democratic norms.

SadoÅ› has applied to become director-general of DG NEAR, the Directorate-General for Neighbourhood and Enlargement Negotiations, and is expected to be interviewed for the post this week, according to two officials.

The controversy reflects a broader conflict over the EUâ€™s core values that has become acute in recent years, with Warsaw and Budapest at loggerheads with the EU mainstream on fundamental issues including judicial independence, LGBTQ+ rights, media freedom and migration.

Opponents of giving SadoÅ› the job say having him and VÃ¡rhelyi at the top of DG NEAR would seriously undermine efforts to foster democracy and the rule of law in the EUâ€™s neighborhood, particularly in countries that want to be part of an enlarged Union.

â€œEU enlargement is too important to be left to two cheerleaders of illiberalism in the Commission,â€ said one EU diplomat. â€œIt would be the wrong political signal towards the Western Balkans.â€

SadoÅ› declined to confirm or deny that he is an applicant for the post. But, in a lengthy email responding to questions from POLITICO, he stressed that ambassadors frequently move to high-ranking EU posts and that Poland is underrepresented among senior positions in European institutions.Â

â€œI canâ€™t see a conflict of interest in the presence of experienced officials from the Polish administration in the European institutions,â€ he said.Â

â€œPolish officials, who meet certain criteria, have the identical right to run for offices in the EU administration as the citizens of other member states,â€ he said, adding that European neighborhood policy and the enlargement process are â€œkeyâ€ for Warsaw.Â

But SadoÅ›â€™s mooted career move has set alarm bells ringing in a number of member countriesâ€™ diplomatic missions to the EU, and among officials in different parts of the European Commission.

â€œThis application is causing a lot of upset on various levels,â€ said one Commission official.

The official stressed the Commissionâ€™s role as guardian of the EU treaties and said this was â€œespeciallyâ€ important â€œwhen it comes to the respect of the rule of law and EU funds,â€ and â€œeven more so in the work touching upon â€¦ countries aspiring for EU membership.â€

Many European governments see the neighborhood and enlargement portfolio as highly sensitive, particularly at a time of heightened political tensions and geopolitical competition in the Western Balkans.Â

â€œFor us, this DG is really crucial,â€ said one senior diplomat, adding that it is important to have the â€œright personâ€ in a leadership position.

Commission President Ursula von der Leyenâ€™s decision to give Hungary the enlargement commissioner post has already made many officials uncomfortable, both due to the Hungarian governmentâ€™s democratic backsliding and Prime Minister Viktor OrbÃ¡nâ€™s involvement in the internal politics of Western Balkan countries.Â

Many officials had hoped that a neutral and professional Commission apparatus â€” in particular the civil servants at DG NEAR â€” could help counterbalance VÃ¡rhelyi and the Hungarian governmentâ€™s influence.

Putting SadoÅ› in charge of the department would deal a blow to those hopes.

A longtime civil servant who has worked for the Polish foreign ministry since the 1990s, SadoÅ› is widely seen as a loyal ally of Polandâ€™s ruling Law and Justice party.

Some ambassadors represent their governmentsâ€™ views while keeping a certain distance from ruling parties but SadoÅ› has always stuck closely to the Law and Justice line, diplomats say. One EU diplomat said SadoÅ› was also seen as â€œclose to VÃ¡rhelyi.â€Â

For his part, SadoÅ› defended his professional record.Â

â€œEvery ambassador to the EU, just like every ambassador in every country, to every international institution, represents their state, their government and follows certain instructions,â€ he wrote in his emailed response.Â Â Â

A key element of concern, officials say, is that SadoÅ› could help VÃ¡rhelyi amplify Hungaryâ€™s influence in the Western Balkans.Â

â€œI know that a lot of member states and colleagues are not happy,â€ said one senior official.

â€œClearly this is a partnership between the Hungarian and Polish governments to undermine European neighborhood policy,â€ said Hungarian opposition MEP Attila Ara-KovÃ¡cs, a member of the left-liberal Democratic Coalition.Â

But SadoÅ› insisted that European institutions speak as one on rule-of-law issues.Â

â€œDecisions in the enlargement process and accession negotiations are taken unanimously, and Poland, together with other Member States, defines the high standards â€¦ related to the rule of law, democratization, good governance, combating corruption, etc,â€ he said.

â€œAll Member States and the EU institutions speak with one voice. The Director-General of each directorate carries out his tasks within the framework of specific procedures, the Commissionâ€™s work program, strategic plans, and management,â€ he added.

Beyond concerns about SadoÅ› himself, the application process has also raised eyebrows.Â

Critics say there are plenty of highly qualified internal candidates â€” including Central Europeans â€” and that it is unusual to open up this type of role to external candidates.Â That decision â€œalready raised some questions,â€ the senior diplomat said.

The process has also raised questions about a possible conflict of interest, given VÃ¡rhelyi and SadoÅ› are close friends. SadoÅ› often refers to VÃ¡rhelyi as a friend in conversations and Polandâ€™s EU mission posted a selfie of the two men on Twitter in 2020.

Under Commission rules, the portfolio commissioner â€” in this case VÃ¡rhelyi â€” is consulted on applications for a director-general post.

The job posting for the DG NEAR role also makes clear that, at the final stage of the selection process, shortlisted candidates will be interviewed by VÃ¡rhelyi, von der Leyen and Budget and Administration Commissioner Johannes Hahn.

VÃ¡rhelyiâ€™s office referred questions about the matter to a Commission spokesperson, who said the decision to open up the job to external applicants was taken collectively by the College of Commissioners.

The Commission did not respond directly to a question about what steps are taken to ensure all job applicants are treated equally if one of them is a close friend of the relevant commissioner.

Citing rules on confidentiality, the Commission said â€œno details can be provided concerning the status of the procedure or any candidates.â€ But the spokesperson noted the final decision would be taken by the College of Commissioners as a whole, based on a proposal from Hahn, in agreement with von der Leyen after consultation with VÃ¡rhelyi.