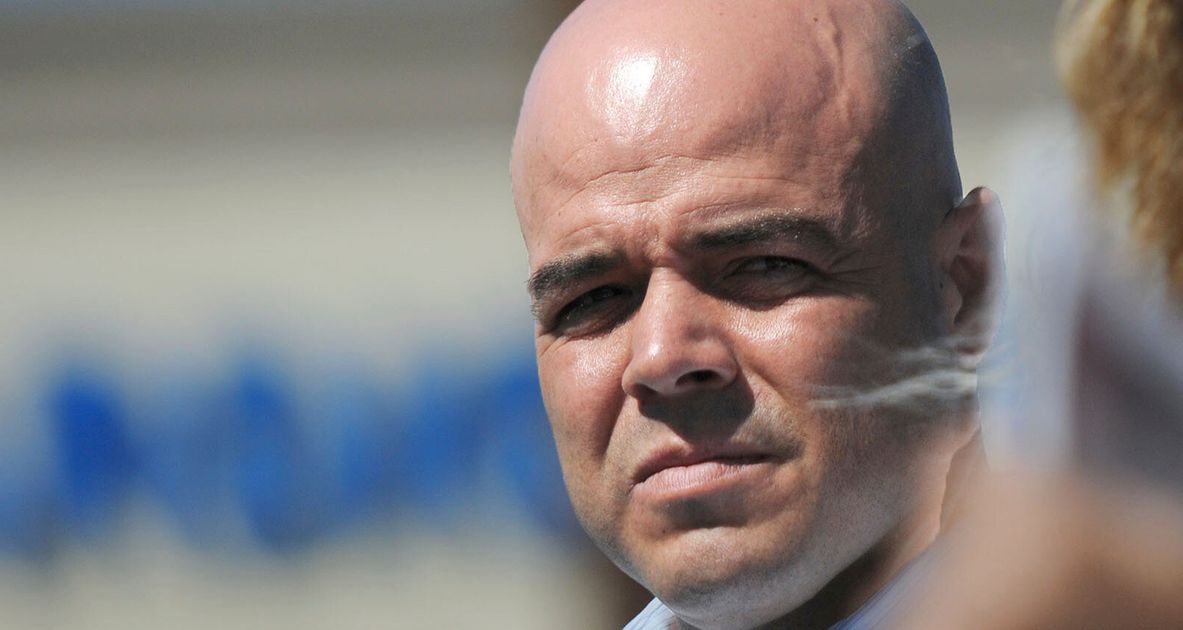 Las Vegas police said Thursday that they have connected the DNA of a county official to the recent murder of investigative journalist Jeff German, whose coverage of alleged misconduct ultimately contributed to the official losing his primary election this summer.

At a news conference, Clark County Sheriff Joe Lombardo said that Clark County Public Administrator Robert Telles was arrested at his Las Vegas home and booked Wednesday night on a charge of murder with a deadly weapon. The 45-year-old Democrat was taken out of his home on a stretcher with what police said were self-inflicted wounds that were not life-threatening.

Telles, 45, is accused of stabbing the Las Vegas Review-Journal reporter to death. Police said that they found German’s body on Saturday morning outside of the reporter’s house and that he was likely killed Friday morning.

“This has been an unusual case from the beginning, the murder of an investigative journalist and the main suspect an elected official here in Clark County,” Lombardo said. “This is a terrible and jarring homicide, one that has deeply impacted Las Vegas. Every murder is tragic, but the killing of a journalist is particularly troublesome.”

Dori Koren, captain of the Las Vegas Metropolitan Police’s homicide division, said that a man was documented on surveillance images walking toward German’s home on Friday and then to the side of his house. The man was wearing a straw hat, a bright orange long-sleeved shirt and gray sneakers, and was carrying a duffel bag. When German exited his house through the garage door and went to the side of the house, the intruder got into an altercation with him and the journalist was stabbed multiple times.

Police identified a vehicle seen driving around German’s neighborhood on the morning of the murder, prior to the murder and at the time of the murder. Koren also said that the man described by police had fled in that vehicle, a maroon GMC Yukon Denali SUV with chrome handles, a sunroof and a luggage rack.

Telles became a person of interest because of his publicly expressed hatred toward the 69-year-old journalist and because a vehicle matching the description of the killer’s car was parked in front of his home. Video evidence showed the car leaving Telles’ home the morning of the homicide and arriving back shortly after the estimated time of the death. Police say they discovered Telles was driving the car that morning.

When law enforcement searched Telles’ home, vehicles and body, they said they found a pair of shoes matching the killer’s clothing, splattered with blood and cut “likely in a manner to destroy evidence.” Police also said they recovered a straw hat matching the description, cut in a similar manner.

(2/3) Telles was taken into custody on September 7, 2022 and is currently at the Clark County Detention Center. He has been charged with open murder with a deadly weapon.

Click below for previously released photos of the suspect and vehicle. pic.twitter.com/cgnW1xlf8d

“One of the most important aspects of this investigation was waiting on the DNA results, and we received positive DNA results that showed Robert Telles’ DNA at the crime scene,” Koren said.

Lombardo said that police have not yet recovered a weapon but that the investigation is still active. Telles voluntarily was interviewed by police and chose not to retain a lawyer, according to the Las Vegas Police Department. He is being held at the Clark County Detention Center.

“Jeff was a loving and loyal brother, uncle and friend who devoted his life to his work exposing wrongdoing in Las Vegas and beyond. We’re shocked, saddened and angry about his death,” German’s family said in a statement obtained Thursday by the Review-Journal.

“Jeff was committed to seeking justice for others and would appreciate the hard work by local police and journalists in pursuing his killer. We look forward to seeing justice done in this case,” the statement said. “We also want to thank everyone for the outpouring of love, support and recognition for Jeff and his life’s work.”

German was a tenacious reporter who covered crime, courts, government corruption and mob figures for decades in Las Vegas. The journalist had launched a months-long investigation this year into Telles’ office, which included allegations of abuses and an inappropriate relationship with an employee.

German’s investigation into the potential wrongdoing led to public outrage by Telles, who regularly tweeted his anger at the reporter. After a series of stories on Telles, the official lost his reelection bid in the June primary.

According to police, Telles was likely also upset that German was conducting additional reporting on the official. The journalist recently filed public records requests for emails and texts between Telles and three other county officials ― one of whom was identified in previous stories as the employee Telles allegedly had a relationship with, according to the Review-Journal.

“The death of Jeff German was both shocking and tragic, and we join with our community in being stunned at how this situation has continued to evolve over the last few days,” county spokesperson Stacey Welling said in a statement. “Clark County continues to cooperate with the LVMPD on this active investigation. Our condolences are with Jeff German’s family, friends, and colleagues at the Review-Journal.”

The county said it is “reviewing its options under the law regarding” Telles’ position as the public administrator, which is an elected office. The county has suspended Telles’ access to county offices and property for “the safety of our county employees and the public” and said that employees of the administrator’s office are working remotely while the office remains closed “until a determination is made about when it can open.”

Lombardo said Thursday that it was an “inappropriate venue to speculate or opine on” whether German’s death is part of a nationwide normalization of violence against journalists.

“I think it needs to be stated and noted that it is troublesome because it is a journalist, and we expect journalism to be open and transparent and the watchdog for government,” he said. “And when people take it upon themselves to create harm associated with that profession, I think it’s very important we put all eyes on and address the case appropriately ― such as we did in this case.”