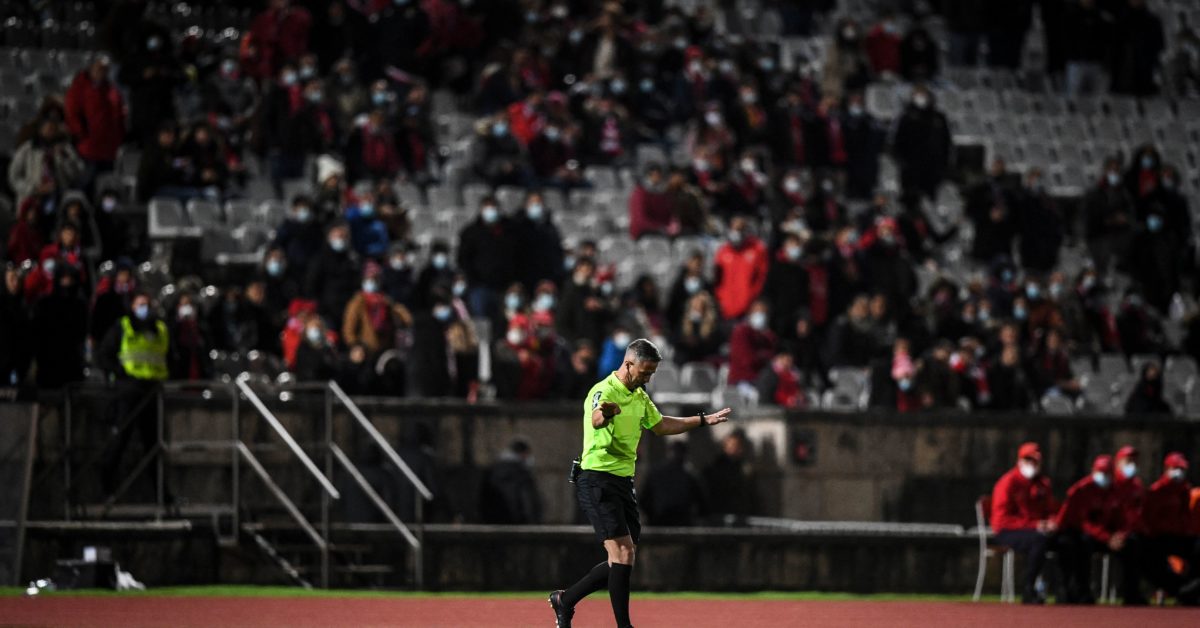 Thirteen cases of the new Omicron coronavirus variant have been found among players of Portugal’s top-flight football club Belenenses SAD, according to initial results from the country’s national health institute (INSA).

One of the players has recently returned from South Africa, where the new strain was discovered last week, the institute said.

“Preliminary tests carried out at INSA, strongly suggest that all 13 cases associated with players of Belenenses SAD are linked to the variant of concern Omicron,” the institute said in a statement sent to Portuguese media.

Genome sequencing is being carried out for confirmation, INSA said, but added “the predictive value of the tests carried out is already very high.”

The club’s cluster was already big news in Portugal, since Belenenses had to play a first division game on Saturday night against Benfica with just nine players on the field, drawing international criticism. The game was eventually abandoned when more Belenenses players dropped out, with Benfica winning 7-0.

Benfica’s players will be tested as part of a wider intensification of vigilance, testing and isolation now that the new variant has been found in Portugal, the country’s Director-General for Health Graça Freitas told TSF radio. “We’ll have more proactive isolation and a more intensive testing of contacts,” she said.

INSA also noted that tests carried out on 218 passengers who arrived in Lisbon from Mozambique on Saturday detected two cases of COVID-19. One was of the Delta variant and the other was not possible to identify, the institute said.

Portugal has now banned flights from Mozambique, its only commercial passenger link with the southern African countries targeted by a European Union flight ban.

At least 13 Omicron cases were found among 61 passengers who tested positive for COVID-19 on flights from South Africa to Amsterdam’s Schiphol Airport, the Dutch National Institute for Public Health and the Environment said Sunday.

This article is part of POLITICO’s premium policy service: Pro Health Care. From drug pricing, EMA, vaccines, pharma and more, our specialized journalists keep you on top of the topics driving the health care policy agenda. Email [email protected] for a complimentary trial.