Portuguese people to know in the Brussels Bubble 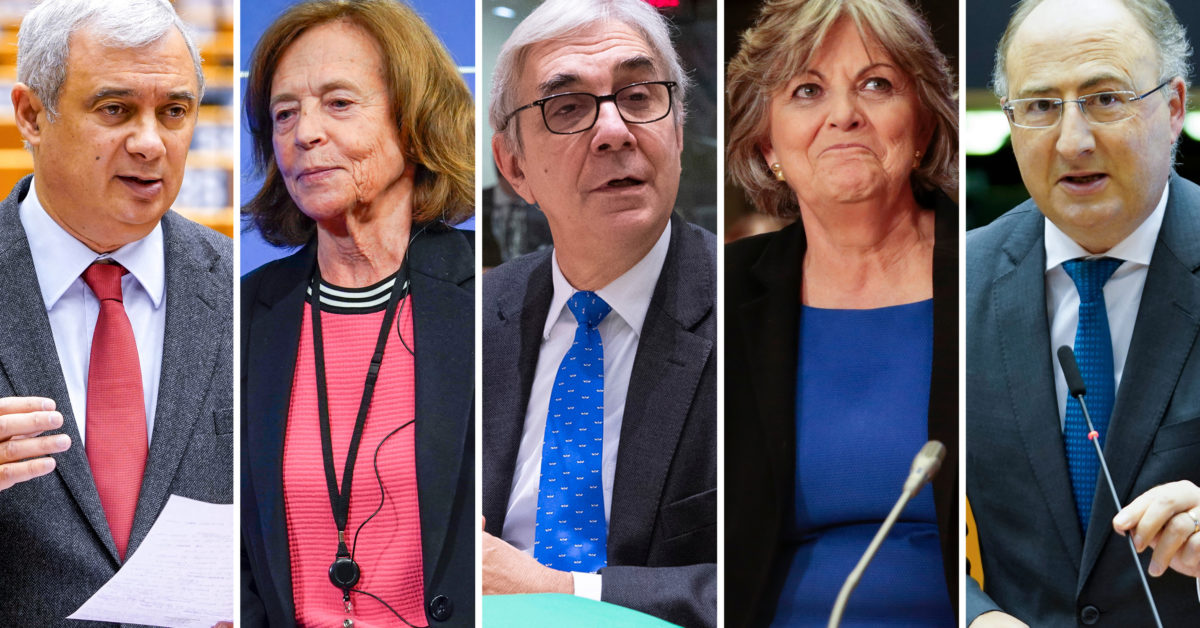 On January 1, Portugal took over at the helm of the Council of the EUâ€™s rotating presidency. For the next six months, the Iberian nation gets to help guide the blocâ€™s decision making, and therefore some of its better (and lesser) known names will be in the spotlight.

Hereâ€™s who you should keep an eye on:

A veteran of the Portuguese diplomatic service, Brito has had a long career both at home and abroad. Before his current ambassadorship in Brussels, he was in Washington during the Barack Obama years, the culmination of decades of work as a desk officer for the Americas. In Brussels, Brito was credited with aiding Portugalâ€™s exit from the excessive deficit procedure without paying a fineÂ in 2016 after Lisbon had failed to meet EU fiscal targets,Â and for helping MÃ¡rio Centeno get elected Eurogroup chief in 2017.

Voted the most influential Portuguese MEP of 2020, Fernandes was a key player in the EUâ€™s long-term budget negotiations, following on from his work as the European Parliamentâ€™s rapporteur on the 2012 and 2016 annual EU budgets. A former mayor of Vila Verde in northern Portugal, he has written books on how young people and local leaders can make the most out of European funds.

A big name in the ruling Portuguese Socialist Party, Silva Pereira is serving his first mandate as a European Parliament vice president and his second as an MEP. He played a key role in the budget negotiations, standing in for the Parliament president in the negotiations on new World Bank and IMF leadership and was responsible for initiatives on democracy and citizenâ€™s initiatives. His work on the EU-Japan trade deal earned him the Order of the Rising Sun, the countryâ€™s highest honor, in 2019.

The European commissioner was brought into politics from journalism by now U.N. Secretary-General AntÃ³nio Guterres in the 1990s â€” and as environment minister, she hired the man that would become Portugalâ€™s most infamous prime minister, JosÃ© SÃ³crates, for his first government job. Shortly after she joined the European Parliament, where she remained for 12 years, leading work on establishing rules to deal with failing banks in the aftermath of the eurozone crisis. Ferreira left to join the Bank of Portugalâ€™s board of directors. In her current job, Ferreiraâ€™s work will begin in earnest now that the EUâ€™s budget has been settled.

Baltazar was one of Jean-Claude Junckerâ€™s right-hand men and a key adviser on the energy union and climate action. A Commission official since 1995, he has also worked at the EU delegation in Washington and was part of the Cabinet of former Commissioner Viviane Reding. He is currently advising the Portuguese presidency, on loan from the Commissionâ€™s communications department.

Marques worked for the European Commission, left to join the parliament in Lisbon and then returned to Brussels as a member of the European Parliament. She was one of the EPâ€™s point people on the budget, as co-rapporteur and vice chair of the budget committee.

Shortly after arriving in Brussels in 2009, Rangel went back to Portugal to bid for the leadership of Portugalâ€™s Social Democratic Party â€” but came second. Since then, Rangel has focused his gaze on the Brussels bubble. He became vice chair of the European Peopleâ€™s Party group in the European Parliament in 2015, played a leading role in the Brexit discussions and took a strong stance on the debate regarding attaching rule of law provisions to the EU budget. He was chair of the EPPâ€™s ethics committee when it took the decision to suspend Viktor Ã“rbanâ€™s Fidesz party from the political family, and Rangel was a critic of developments in Hungary. Recent rumors in the Portuguese press have him as a frontrunner to become mayor of Porto in the fallâ€™s local elections.

Technically no longer in the bubble, Machado represents the EU in Geneva, as its ambassador to the World Trade Organization. Itâ€™ll be a big year for him, as discussions on how to reform the international trade body and global trade rules take center stage. Machado transitioned to his current role from being director-general for maritime affairs and fisheries at the Commission. In that role, he managed to get himself into the good graces of POLITICOâ€™s trade editor, by taking the time to thoroughly answer his sonâ€™s letter about what the EU was doing to protect sharks.

Almost certainly the most influential Portuguese lobbyist, Burnay has been leading his European affairs consulting firm since 2009. He served as a press adviser in JosÃ© Manuel Barrosoâ€™s Portuguese government, was a policy adviser in the European Parliament and put together a book on Portugal in Europe. During the centenary celebrations of the Portuguese Republic in 2011, Burnay made headlines after helping replace the Portuguese flag hanging in front of Lisbonâ€™s city hall with a monarchical banner that had been retired for 100 years. He also has strong opinions when it comes to Portuguese life in Brussels: PastÃ©is de nata should be from Forcado and nowhere else, he says.