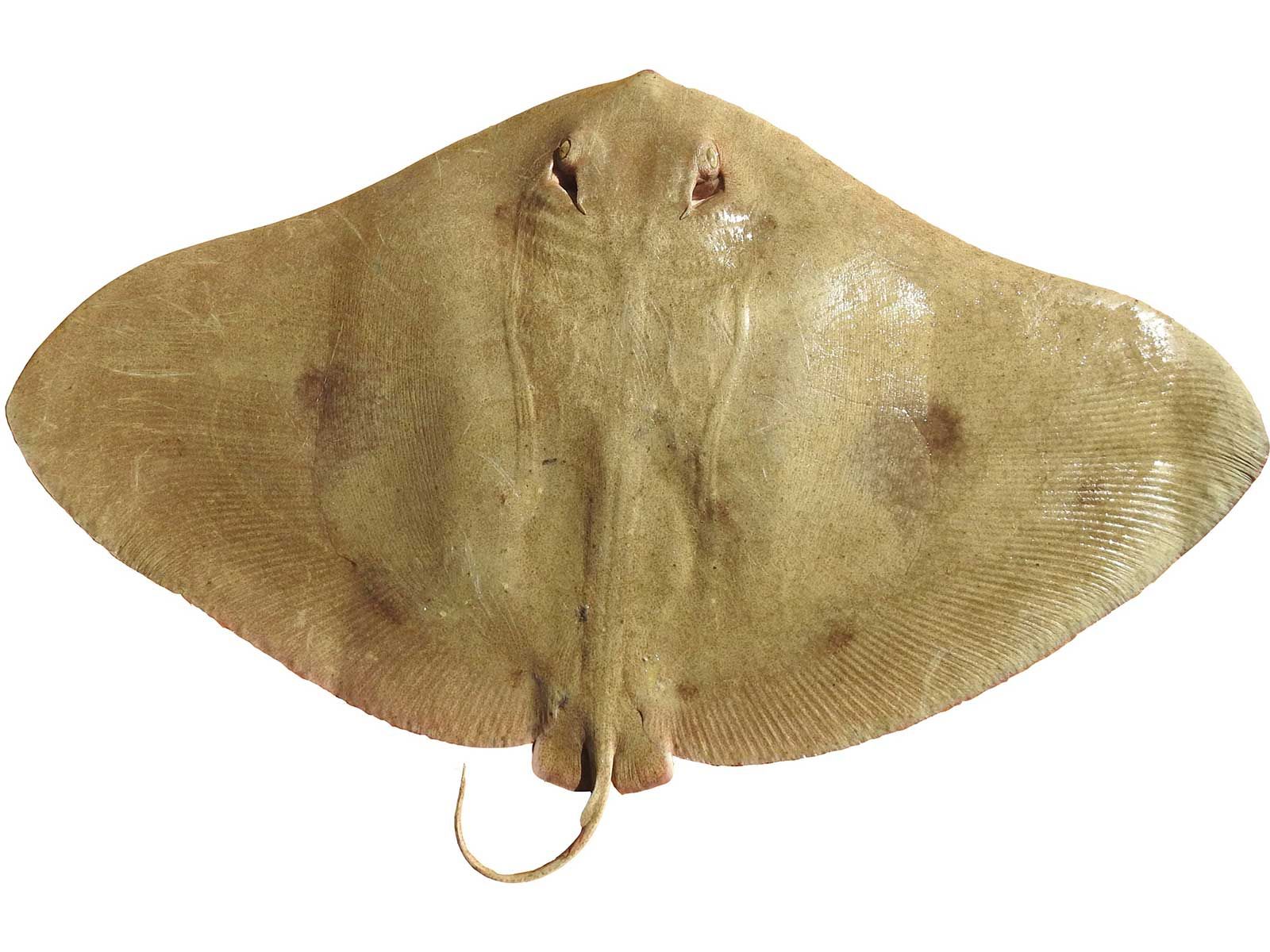 On a sultry autumn afternoon in 2019, as fishermen hauled in a net of Persian Gulf shrimp, Mohsen Rezaie-Atagholipour stood by waiting to sort through the scraps. A marine biologist at Iranâ€™s Qeshm Environmental Conservation Institute, Rezaie-Atagholipour was scouting for the sharks and rays that the fishermen accidentally snagged in their nets. But as he weighed and measured several familiar creaturesâ€”collecting data for Iranâ€™s first shark and ray conservation programâ€”something unexpected caught his eye: a small olive green ray with two tiny tentacles just below its eyes. The biologist looked at the creature in disbelief: â€œI found the tentacled butterfly ray.â€

In 2017, the International Union for Conservation of Nature listed the tentacled butterfly ray as critically endangered, and possibly extinct. The last time anyone had recorded seeing one was in 1986, off Pakistan. The species was thought to have been wiped out across its range, from the Red Sea to the western Bay of Bengal. Unfortunately, the animal Rezaie-Atagholipour found was dead.

â€œAll of the researchers weâ€™ve spoken to who work in India, Pakistan, and the region, have never seen it, and theyâ€™ve been working there for quite a long time,â€ says Rima Jabado, a marine scientist and founder of the United Arab Emiratesâ€“based Elasmo Project, who worked with Rezaie-Atagholipour and othersÂ to document the discovery in a new paper. â€œWeâ€™re excited it is still in Iran.â€

But from that initial, surprising discovery, the tentacled butterfly rays just kept turning up. Between October 2019 and November 2020, Rezaie-Atagholipour surveyed 96 hauls from shrimp trawlers operating in the Gulf of Oman and the eastern Persian Gulf and found a total of 367 tentacled butterfly rays in 39 catches. The species made up nearly 15 percent of all the rays in the by-catch.

â€œThat was very surprising,â€ Rezaie-Atagholipour says. The scientists suspect that the area off southern Iran may be the tentacled butterfly rayâ€™s last stronghold.

For Hamid Reza Esmaeili, a fish biologist at Iranâ€™s Shiraz University who wasnâ€™t involved in the research, this â€œlost and foundâ€ discovery provides an opportunity for scientists to study the ecology and behavior of this poorly understood species.

Yet the very fishing activities that helped scientists find the imperiled ray also threaten its existence. In aÂ separate study, Jabado and her colleagues found that overfishing disproportionately affects species of sharks, rays, and chimeras found in tropical and subtropical coastal waters, including in the northern Indian Ocean. â€œWe have extreme fishing pressure from the number of countries operating here,â€ she says. â€œThereâ€™s kind of nowhere to hide.â€

Although Iranian trawlers arenâ€™t targeting rays, they often pick them up as by-catch. Due to lengthy haul hours, the rays typically die before the nets are even pulled out of the water. Most shrimpers sell their by-catch at a low price to fish-meal manufacturers.

Rezaie-Atagholipour plans to work with fishing communities to reduce by-catch rates. One approach could be to useÂ turtle excluder devices. Made of metal and mesh, and placed at the neck of a trawl net, these tools have been shown to reduce ray by-catch byÂ 18Â toÂ 59 percent.

Abdulnoor Malahi, a fisherman working on a shrimp trawler in Iran, welcomes the use of such devices, provided they donâ€™t restrict his shrimp catch. But he believes the real solution is to ban trawling. Without that, many marine animals stand to be wiped out, he says. And the tentacled butterfly ray may go extinct for real.