Priyanka Chopra is ‘living in the light’ in this stunning selfie. Seen yet? 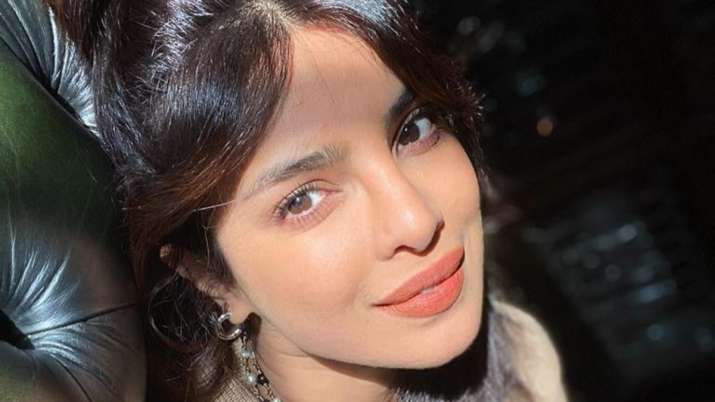 Priyanka Chopra Jonas is a stunner and the global star knows how to make heads turn. In her latest Instagram post, the actor-producer and entrepreneur posted a sun-kissed selfie and it is gorgeous to stay the least. In the picture, the actress can be seen resting on a couch wearing a brown beige outfit. She adds a little bling to her dress with gold chains and tiny hoop earrings. Captioning the post, she wrote, “Living in the light,” followed by a heart emoticon and hashtag ‘grateful’.

The post impressed many. Completely in awe of the actress, a user commented on the post writing, “The most stunning human alive,” while another said, “Damn can’t explain your beauty in words u r awesome.” A third user admired Priyanka saying, “you are always my inspiration,” whereas, several others dropped heart and fire emojis for the actress on the post.Â Take a look:

This is not the first time that Priyanka’s post sent her fans into a tizzy. The popular showbiz celebrity often shares glimpses of her life on Instagram. Recently, she posted pictures of herself as she got ready for award ceremonies like BAFTA, and Oscars 2021 nomination announcement. she also gave fans a sneak peek of her appearance in husband Nick Jonas‘ album, Spaceman. Check out Priyanka Chopra’s recent Instagram posts here:

On the work front, PriyankaÂ has a busy slate to look forward to. She is currently shooting for the spy series ‘Citadel’. It also stars Richard Madden. The project is backed by Amazon and helmed by the Russo Brothers of ‘Avengers’ fame. The actor has finished shooting ‘Text for You’ with Sam Heughan, Celine Dion, Russell Tovey, and Omid Djalili. The actress will also be seen in an Indian wedding comedy with Mindy Kaling, which she will co-produce and feature in. She also has ‘Matrix 4’ and a film based on the life of Maa Anand Sheela in the pipeline.