Priyanka Chopra recalls being pitted against Alia Bhatt, Katrina Kaif & now they are working together 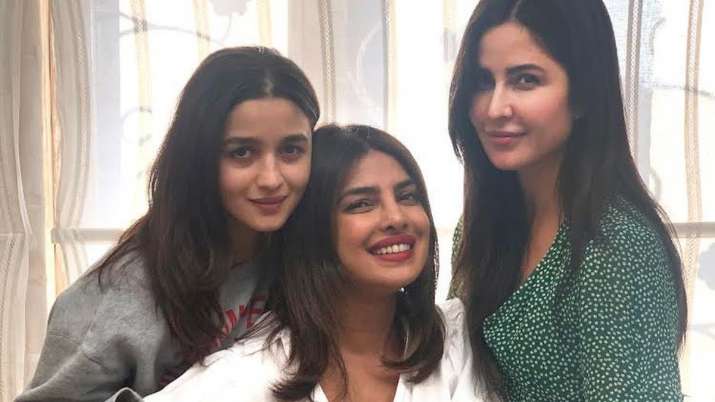 Priyanka Chopra recalled how during the initial days of their careers she was pitted against Alia Bhatt and Katrina Kaif and now they are working together in a film titled Jee Le Zara. In a recent interview, the actress noted how things are changing for women in cinema. She spoke about the patriarchal setup in the industry in the 2000s and how women are now standing for one another.

“Whether it’s Bollywood or in America, what I’ve experienced is women standing up for women. I’m doing a movie in India now with two of the top actresses in the country, Katrina Kaif and Alia Bhatt, and the three of us decided we wanted to do a movie together and partner together to produce it,” she told Deadline.

“But the idea is, yes, it was very different when I started out. We were all pitted against each other, and our casting was very dependent on the lead actor of the movie, and it depends on who is the flavour at that time and that was a very unsettling feeling,” she added.

“Citadel” is a multi-series franchise with local productions being made in Italy, India and Mexico. The show is being created by the Russo brothers for Amazon Prime Video.

Chopra Jonas and “Game of Thrones” star Richard Madden are headlining the American version, which also stars Danish actor Roland Moller, known for films such as “Skyscraper” and “Papillon”. The Indian series will be developed by “The Family Man” fame director-duo Raj Nidimoru and Krishna DK.

Besides “Citadel”, Priyanka will also feature in the romance drama film “It’s All Coming Back to Me Films.”