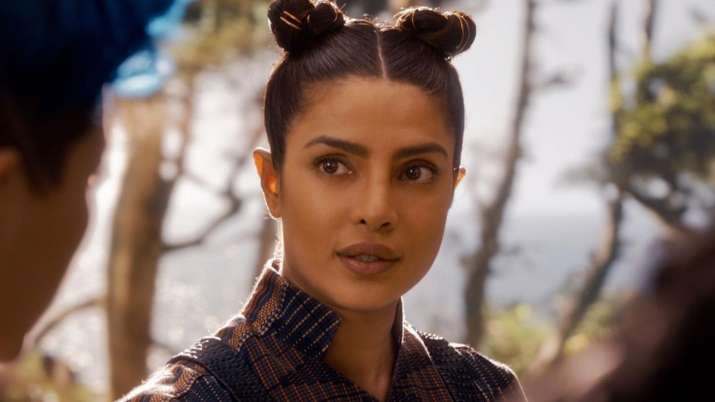 Priyanka Chopra Jonas says people who trivialise her role in “The Matrix Resurrections” on the basis of her screen time in the film have a “myopic” and “small mentality”.Â Chopra Jonas stars as Sati, an exiled program, in the Lana Wachowski-directed movie alongside Keanu Reeves as Neo and Carrie-Anne Moss as Trinity.Â During a recent interview with Asian Sunday TV, the actor was asked the reason for taking the part, considering it wasn’t a lead character.

“I think you are coming from something which a lot of people from the South Asian community ask me.Â ‘Itâ€™s a small role, itâ€™s not a leading role, why did you do it?’ Because it’s ‘The Matrix’ and I play an extremely pivotal part.

“Even when I picked my movies in Bollywood, I have always picked roles according to characters and they are not necessarily always the lead. The lead is Carrie-Anne Moss, who played Trinity in the last three movies.Â Youâ€™re not competing with that and I think itâ€™s such a myopic and very small mentality to think that way,â€ Chopra Jonas replied.

In recent years, the 39-year-old actor has gained prominence in Hollywood with her work in the TV show â€œQuanticoâ€ and films, including â€œBaywatchâ€ and â€œIsnâ€™t It Romanticâ€.

Chopra Jonas said it is her belief that every actor on board for a film contributes to the story.

“This (â€˜The Matrixâ€™) is an ensemble of incredible actors and I think by asking that question, you really reduce the grandiosity of being a part of the playground of playing with such incredible people,” she added.

She will also produce a film with Amazon Studios on the life of Ma Anand Sheela, the former aide to late godman Osho Rajneesh.