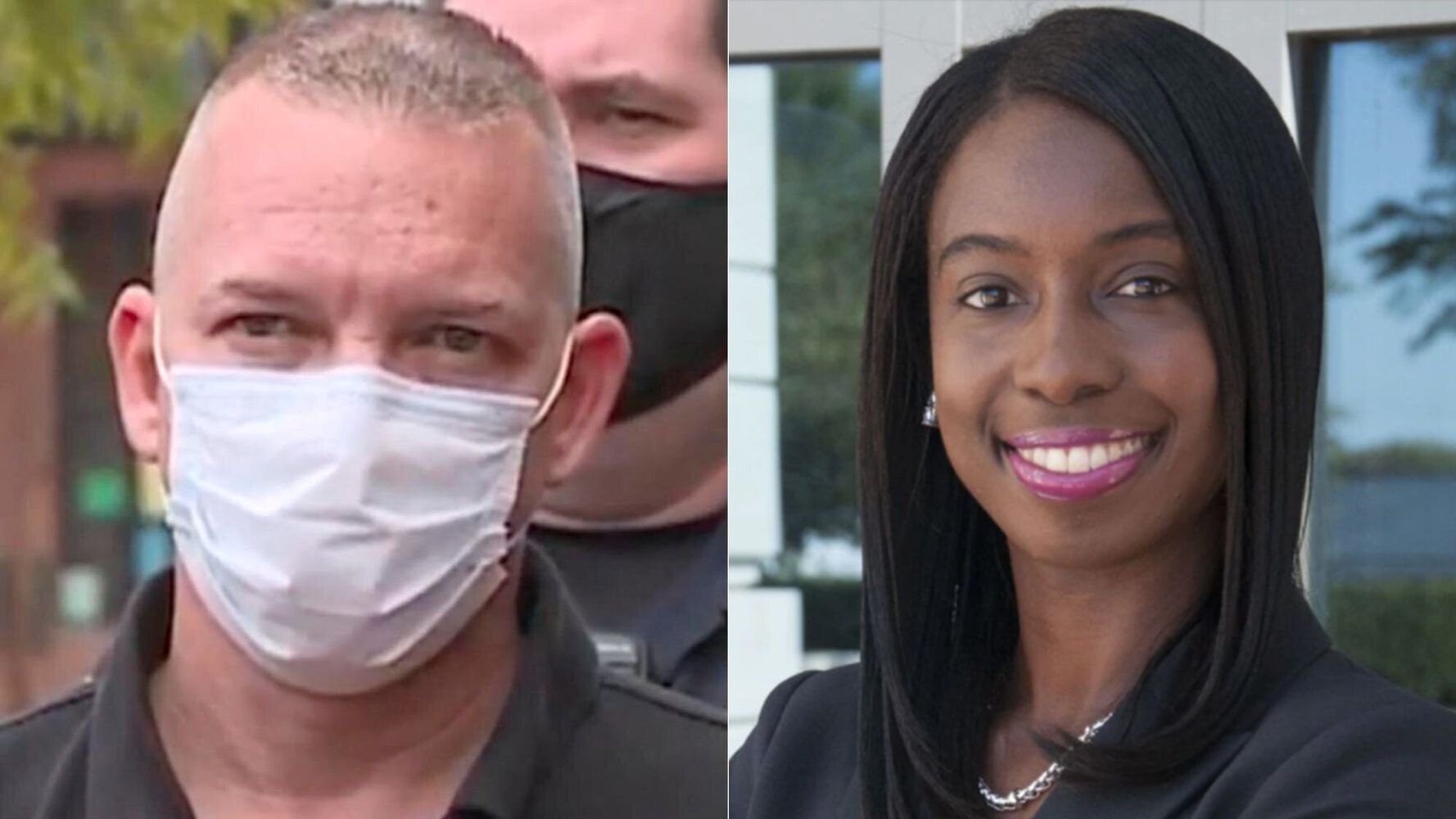 The elected prosecutor of Portsmouth, Virginia, is fighting what her attorney described as a â€œbad faithâ€ and â€œimproperâ€ attempt by a disgruntled police officer to disqualify her from the questionable felony cases he brought against a state senator, local civil rights leaders and city public defenders stemming from the destruction of a Confederate monument.

On June 10, a few weeks after police in Minneapolis killed George Floyd, a group of protesters gathered at Portsmouthâ€™s monument to soldiers who rebelled against the U.S. and died defending slavery. The four statues, located at the spot of an old slave whipping post, had been covered up ahead of a city council debate over the statutesâ€™ fate, but the coverings were removed.

In the afternoon, protesters spray-painted the statues. During the night, people brought out sledgehammers and removed the statuesâ€™ heads. Portsmouth police didnâ€™t intervene until one statue fell on a protester, seriously injuring him.

The first batch of defendants have arraignments scheduled for Friday morning. This is normally where the local prosecutor, Commonwealthâ€™s Attorney Stephanie Morales, would take over the cases â€• in this matter, potentially move to dismiss them. But McGee, in a clear attempt to get Morales removed from the cases, named Morales as a witness even though she wasnâ€™t on the scene.

McGee had come under internal investigation for a vitriolic letter he sent to city officials criticizing those he would later charge with felonies, as well as Morales. McGee wrote in his letter that he had â€œa pretty good ideaâ€ what Moralesâ€™ reaction would have been if police officers used force to stop the protesters that night.

Ungvarsky wrote in his filing that McGeeâ€™s letter contained â€œfalse assumptions and statements made by the sergeantâ€ about her.

â€œCommonwealthâ€™s Attorney Stephanie N. Morales is simply not a witness in any of these matters. Period. Dead Stop.Â There is no basis for the request for a subpoena to her because she is not a fact witness,â€Â Ungvarsky wrote.

McGee has a history of internal affairs complaints and was a prominent opponent of former Portsmouth Police Chief Tonya Chapman, the first Black woman to head a police department in Virginia.

After her forced departure from the chiefâ€™s job last year, Chapman said that in her nearly 30-year career in law enforcement, sheâ€™d â€œnever witnessed the degree of bias and acts of systemic racism, discriminatory practices and abuse of authorityâ€ that she did in Portsmouth. She was replaced by another Black woman, Angela Greene, whoâ€™s coalesced support from a mostly white group of Portsmouth residents.

Under Virginia law,Â Ungvarsky wrote, the cityâ€™s elected and law degree-bearing prosecutor should get to decide when she has a conflict, not some unelected cop in the cityâ€™s property crimes unit who holds a grudge against her.Â

â€œThe insinuation of the requested witness subpoena suggests that the Commonwealthâ€™s Attorney may have a conflict between the role of witness and the role of prosecutor. She is not a witness. She has no conflict. If she â€• and not a police sergeant under investigation â€• determines in the future that she has a conflict, the Virginia Code authorizes her to resolve any such conflict,â€ Ungvarsky wrote.

Ungvarskyâ€™s motion asks a judge to order the court clerk to not issue any witness subpoenas to Morales, which would allow her office to do the job voters elected her to perform.