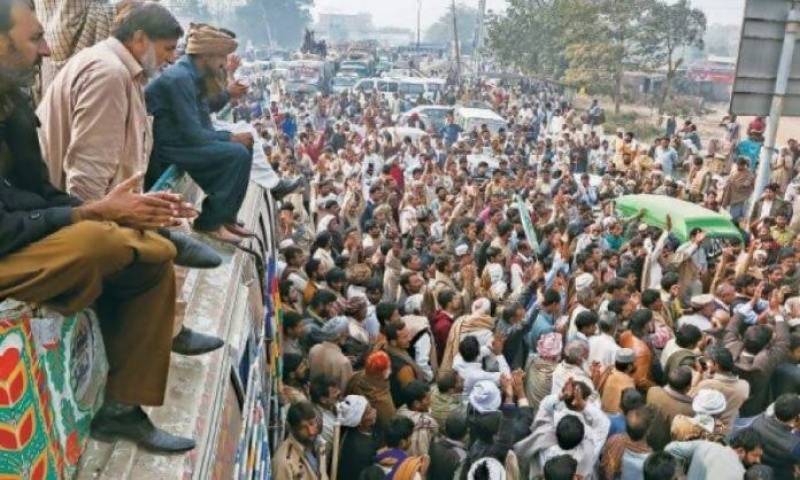 A delegation of protesting farmers will hold a meeting with Prime Minister Shehbaz Sharif on Monday (today).

The protest of farmers in Islamabad, under the umbrella of Pakistan Kissan Ittehad, has entered in the sixth day.

The farmers main demands include a decrease in utility bills, taxes and urea price.

Two rounds of talks between farmers and the government officials have ended in failure. Protesting farmers had demanded a meeting with PM Shehbaz Sharif.

He alleged that the government was not serious to address the problems of farmers. “The farmers will continue their sit-in until their problems not resolved,” he said.

“We will march to D-Chowk Parliament House in case of the failure of talks with government,” he warned. “Two more batches of farmers have joined the protest sit-in,” he added.

Talking to newsmen earlier, Kissan Ittehad leaderthreatened to give a countrywide call and gave a deadline to the government to fulfil the farmers’ demands.