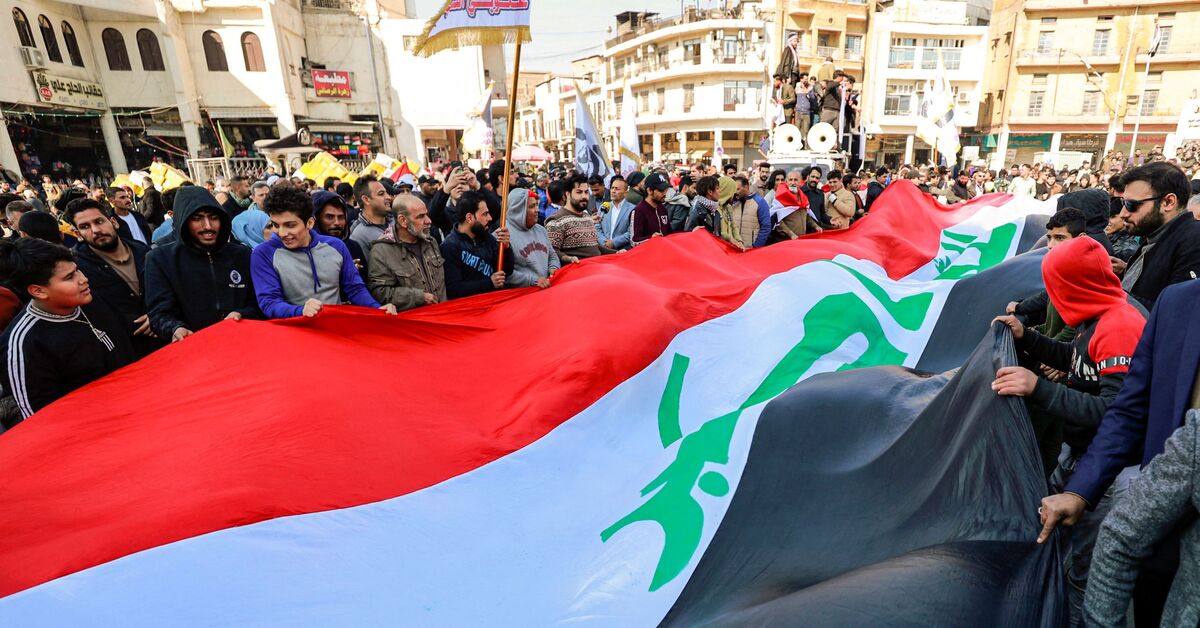 Iraqis protested in Baghdad on Wednesday against the drop in dinar’s value. The currency has lost 7% of its value since November.

The protesters marched through the Baghdad, and outside the Central Bank waving Iraqi flags. One sign read, “The politicians are immersed in financial corruption,” according to posts on Iraqi social media.

France 24 reported that there were thousands of protesters, while The Associated Press estimated the crowd as being in the hundreds.

People in several provinces across Iraq gathered in Baghdad on Wednesday to protest against Iraqi dinar drop against US dollar amid Washington’s crackdown on money smuggling to Iran. #البنك_المركزي#الدولار pic.twitter.com/PBLyaYLoM1

Why it matters: The Iraqi dinar traded at around 1,200 to the US dollar officially and on the street for several years until late 2020. Faced with a liquidity crisis, COVID-19 and low oil prices, the Iraqi Central Bank lowered the exchange rate to 1,460 dinars to the dollar at that time.

The dinar started losing further value against the dollar after the new Iraqi government took office last October. On Friday, the street exchange rate hit around 1,660 to the dollar — the lowest rate since 2004. The street rate Wednesday was 1,610, while the official rate remains at 1,470, per the Associated Press.

There are numerous reasons for the dinar’s drop in value. The US Federal Reserve holds Iraq’s foreign currency reserves. In November, the Fed began placing greater scrutiny over financial transactions of US funds by Iraqi banks. The increased oversight included requirements to execute the transactions electronically with more verification processes. Wire transfers from the United States to Iraq have plummeted as a result, Al Jazeera reported Monday.

The Iraqi government has taken some action on the issue. On Monday, Prime Minister Mohammed Shia al-Sudani removed Central Bank Gov. Mustafa Ghaleb Mukheef. This followed the Central Bank instituting several measures in December to strengthen the Iraqi dinar against the dollar.

The Kurdish Iraqi news outlet Rudaw reported Sunday that Sudani is in talks with the US on the issue. Iraqi Foreign Minister Fuad Hussein told the outlet that an Iraqi delegation will visit Washington soon.

Many Iran-backed politicians in Iraq blame the US for the dinar crisis. One reason for the Fed’s restrictions on Iraqi financial transactions is to boost compliance with US sanctions on Iran.

Know more: The dinar’s fall is not the only economic issue plaguing Iraq. The country is also facing rising food prices, according to a recent poll by Al-Monitor and Premise.