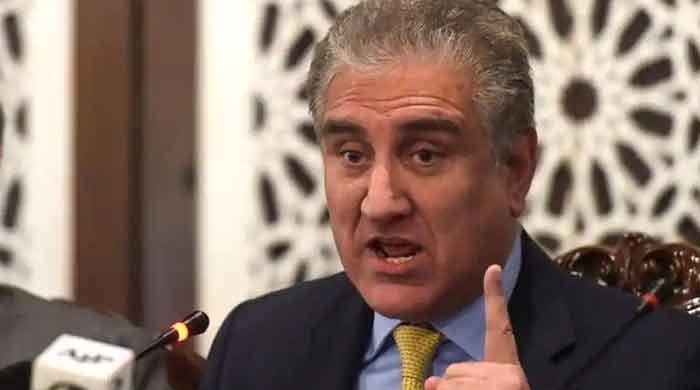 Speaking to Geo Pakistan, the foreign minister said that the government was not concerned about any developments regarding its allies as “ups and downs are part of politics”.

He said that Akhtar Mengal was a respected politician and that the PTI was bound by the agreement it had signed with the BNP-M. “He mentioned an agreement with us [PTI], we are still bound by it,” said the foreign minister. “We are not rejecting it,” added, stating that talks can be held to discuss the pace of the progress at which it needs to be implemented.

FM Qureshi said that the PTI will establish contact with Mengal to persuade him to review his decision. “He is an MNA, a lawmaker and the leader of his party,” said FM Qureshi. “We listened to what he had to say. We will try to satisfy his demands.”

However, the foreign minister said that Mengal was “independent in making his own decisions” about the coalition government.

In response to a question about whether the PTI was missing Jahangir Tareen â€” who has recently become estranged with the party leadership due to his alleged role in the sugar price hike â€” when it came to allaying allies’ concerns, Qureshi said that there were lots of senior members of the party who were “playing their roles”.

“There are lots of senior members in the PTI such as Pervaiz Khattak, Asad Umar, Shafqat Mahmood, and many others,” he said. “There is no such issue that things won’t be able to move forward [in Tareen’s absence].”

The foreign minister said that he could not comment on the implementation of the points of the agreement between the PTI and the BNP-M as he had been traveling. He said that the COVID-19 had reduced his travels and forced the foreign minister to communicate via virtual meetings hence now he had more time to pay attention to such matters.

Qureshi commented on India’s election as a non-permanent member of the UN Security Council, saying that it was a wrong perception that Pakistan had abstained from voting.

“Pakistan did not abstain from voting, we voted against India,” he said. “We expressed our reservations of India’s August 5 actions, which were against the Security Council regulations and in contravention to international law, by principally voting against India,” the foreign minister stressed.

He said that people should understand the election process of the Security Council membership election. The foreign minister noted that Pakistan had won the election as a non-permanent member of the Council seven times and that India had won an equal number of times in the past.

His statement comes in response to the BNP-M’s announcement on Wednesday that the party was breaking its alliance with the ruling coalition.

â€œToday, I announce in Parliament [the BNP-M’s] separation from PTIâ€™s [ruling] alliance,â€ Mengal had said while addressing the National Assembly.

However, the lawmaker had clarified that his party will continue to be part of the National Assembly and keep talking about Balochistan’s issues.

In his speech, Mengal reminded the House that his party had two agreements with the ruling party, adding that it was the Imran Khan-led party which had come to him for an alliance, not the BNP-M which went to Bani Gala â€” the personal residence of PM Imran Khan.

He added that his party had demanded that the missing persons issue be resolved and the National Action Plan be implemented in letter and spirit in the agreement.

â€œCan someone tell us if there was anything unconstitutional in both these demands? Why were they not implemented?â€ the lawmaker from Balochistan had asked.Â