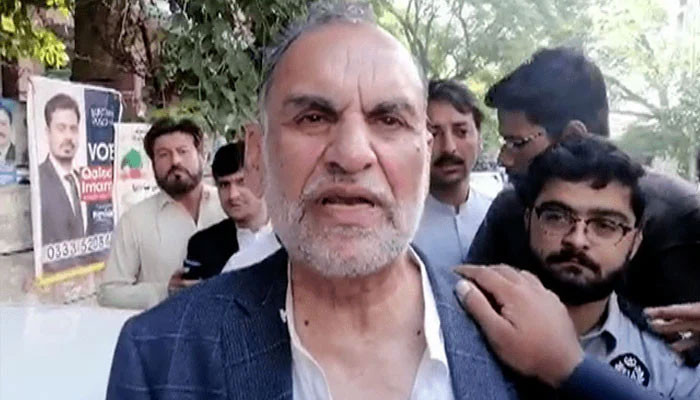 PTI leader Senator Azam Khan Swati was taken into custody early hours of Sunday after a case was registered against him making controversial tweets against senior military officers.

The PTI leader was taken into custody from his farmhouse located in Chak Shahzad, Islamabad, early this morning.

According to sources, the Cybercrime Wing of the Federal Investigation Agency (FIA) arrested Azam Swati, who penned controversial tweets criticising a state institution and using foul language against high officials of the Pakistan Army.

Following his tweets, an FIR was filed against him, said sources.

This is the second time that the PTI leader has been arrested by FIA for his controversial tweets.

Last month, FIA took Swati into custody from his home in Islamabad and presented him before a court.

The senator has been granted bail in the case against surety bonds worth Rs1 million.

The government has moved the Islamabad High Court seeking the cancellation of Swati’s bail in the case.