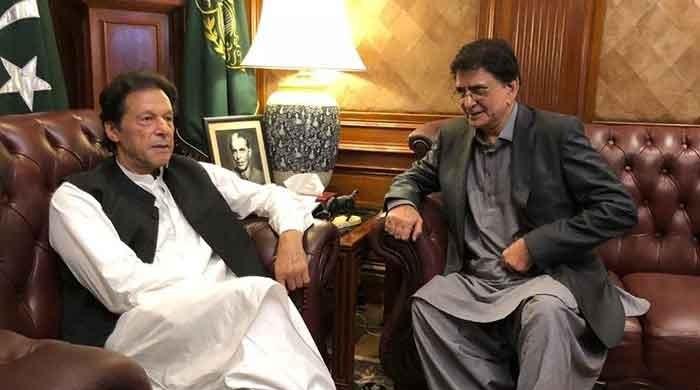 The UK PTI elected body has distanced itself from a protest being organised on Friday outside the Avenfield House by PM Imran Khan’s aide Sahibzada Jahangir which will coincide with Nawaz Sharifâ€™s speech to the Gujranwala rally of the Pakistan Democratic Movement (PDM).

Earlier a message was sent out in a Whatsapp group in which a claim was attributed to Sahibzada Jahangir, stating that PM Imran Khan had directed him to hold the protest.

The message reads: â€œPM has directed me to organise a demonstration outside Nawaz Sharif’s house in London on Friday 16th Oct between 3 pm – 6 pm. This is the time NS will be addressing a Jalsa in Gujranwala. Our protest will be shown live in Pakistan on television. We will be standing in groups of 6 persons. Police have given us permission to stand at [a] distance in groups of 6.â€

Speaking to this reporter, Jahangir said that he was personally organizing the protest and PM Khan had nothing to do with it. He said that a fake message was circulated with his name and that attribution to the prime minister of Pakistan was false. He said the rest of the message was correct.

PTI UKâ€™s elected body, however, said it had nothing to do with the protest and that no official directions had been communicated for it.

PTIâ€™s elected Information Secretary Taqveem Ahsan Siddiqi told Geo News that PTIâ€™s elected bodies are not aware of any planned protest and Jahangir must be â€œdoing on his ownâ€.

Siddiqui added: “PTI UK tanzeem is not into internal elections till first week of November.”

Tariq Chaudhary has also announced a protest outside Hasan Nawaz Sharifâ€™s office on Friday. In a statement, Chaudhary said he doesnâ€™t believe in protests outside family homes as â€œmy protest is outside an officeâ€.

Comments from the police were awaited at the time of filing of this report.