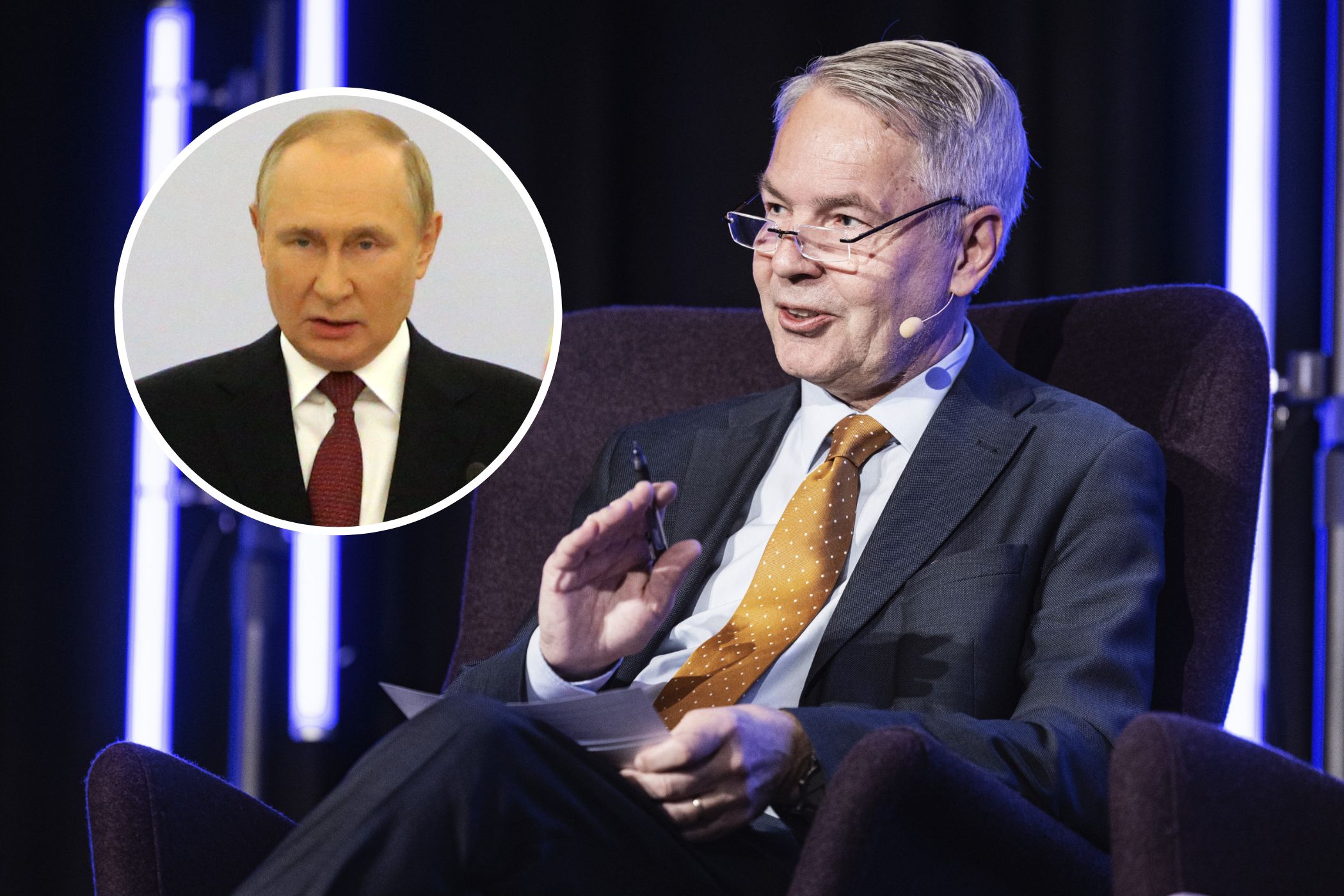 Russian President Vladimir Putin is in a game of survival as his forces suffer further defeats on the battlefields of Ukraine, Finland’s foreign minister has said, while Kyiv’s Western partners look to ramp up support in response to Moscow’s annexation of occupied regions.

Speaking with Newsweek on the sidelines of the Helsinki Security Forum in the Finnish capital on Sunday, Foreign Minister Pekka Haavisto said the Russian dictator is facing both dissent within Russia and uncertainty among neutral nations concerned by looming food and nuclear crises, plus the Kremlin’s “sham” referendums on occupied Ukrainian land.

“Many countries who have maybe not been so concerned about the Russian attack on Ukraine, they are very concerned about this method that you can start to change the borders by voting,” Haavisto said, reflecting on recent conversations with counterparts at the United Nations General Assembly in September.

He added: “Looking at the map, you can see many minorities, you can see many borders that could be challenged with similar methods. Using this kind of method internationally would create a huge mess. I think many countries cannot accept that changing borders by referendums is correct.

At a meeting of the 15-member UN Security Council his weekend, Russia used its veto to block a draft resolution condemning its annexations of the four Ukrainian regions. China and India abstained rather than voting against the U.S.-introduced resolution, as did Gabon and Brazil. The remaining 10 nations all voted in favor.

The endangerment of nuclear power facilities in Ukraine, repeated threats to resort to nuclear weapons, and the impact of the war on global food supplies are further unsettling major nations who have so far refrained from taking sides on the Ukraine invasion, Haavisto said.

On Saturday, Chechen leader Ramzan Kadyrov suggested Russia should use tactical nuclear weapons in response to Ukraine’s re-capture of the key city of Lyman. “These types of statements are making countries more and more nervous,” Haavisto said.

Putin’s “partial” mobilization is now in full swing. The Kremlin hopes that sending hundreds of thousands of fresh troops to the front line can stall the Ukrainian advance through the coming winter.

Haavisto said the sweeping Ukrainian victories in Kharkiv Oblast form one of two “major steps back” for Russia since February, the first being the defeat north of Kyiv. But the foreign minister warned that a quick conclusion is unlikely.

“We have always been saying in Finland that we should be prepared for a long war,” Haavisto said.

The mobilization order prompted some 200,000 Russians to flee the country. Thousands of people were arrested—and some reportedly subsequently constricted—during protests in major Russian cities, including Moscow and St. Petersburg.

The unrest was the most significant since the early days of the war. Internal dissent, Haavisto said, could shape the war’s end game.

“Russia can change,” he said. “I am very carefully looking at the different opposition voices…there are people who are brave and express themselves publicly,” the foreign minister added, noting the work of jailed campaigner Alexei Navalny and recent public dissent from music star Alla Pugacheva.

Putin and his inner circle, meanwhile, are engaged in a “survival game,” Haavisto said. “Putin has all his cards on the table at the moment.”

“It’s obvious that Russia always changes, as we have seen in the last 100 years. It always comes to a breaking moment, and there’s something new appearing. The tragedy, of course, is that we don’t know whether it goes better, or worse, or more of the same.”

“We are a neighbor, and we have to be prepared for all kinds of changes. But the change is usually not smooth.”

Newsweek has contacted the Russian Foreign Ministry for comment.