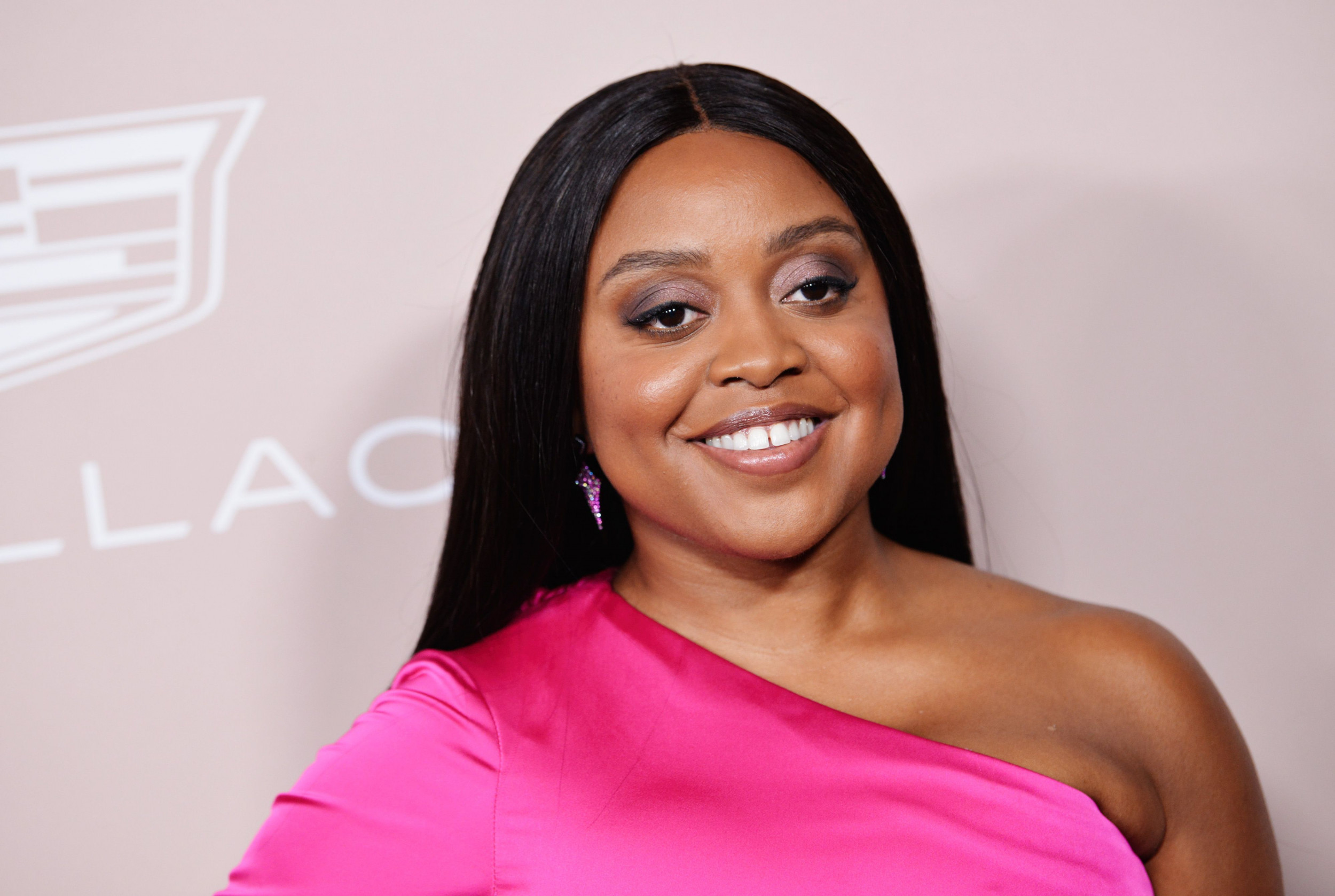 Basketball season and Halloween are right around the corner. Quinta Brunson is ready for both.

Just weeks ahead of the 2022-2023 NBA season, which tips off on October 18, photos from an upcoming episode of hit ABC sitcom Abbott Elementary surfaced online, showing cast members dressed in an array of Halloween costumes.

And while fans have been delighted by each of their favorite on-screen teachers’ new duds, as well as the mere existence of a Halloween-themed episode, one costume stands out among the rest.

Among a crowd containing a pilot, a bee, a cat burglar and the devil, star and showrunner Quinta Brunson is Philadelphia 76ers star James Harden’s doppelgänger, rocking a royal blue #1 Sixers jersey, along with the 10-time All-Star’s signature beard and hairstyle to match.

Immediately stirring the internet into a frenzy, the photos of the costume-adorned Abbott Elementary cast were circulated throughout social media on October 4, eventually reaching Harden, who tweeted the photo of Brunson dressed as himself with a single laughing-crying emoji.

Harden also included the photo in an Instagram post, captioned “just been locked in with the guys [for real],” which has been liked almost 357,000 times.

On Twitter, many users have commented on the now-famous crossover between Abbott Elementary and the 76ers’ superstar guard.

“James Harden posting this pic of Quinta Brunson is my multiverse of madness,” @Patricklstar quipped.

Though Brunson’s costume has yet to reach ABC airways, the Abbott Elementary creator’s ode to “The Beard” is just another example of the sitcom’s love affair with Philadelphia’s professional sports teams.

Abbott Elementary also took a departing shot at former 76er Ben Simmons, whose tumultuous tenure in Philadelphia ended earlier this year when he was traded to the Brooklyn Nets.

As the connection between the sitcom and its home city’s sports teams grows, so does its audience.

After posting an initial Live + Same Day rating of 0.6 for the 18-49 demographic, Variety reports that a week of streaming on Hulu, DVRs and other platforms provided a sizable boost, increasing more than 300 percent to a 2.38 rating for the same demographic.

“Thanks for watching, people,” Brunson tweeted, in response to the dramatic ratings jump. “New episode of #AbbottElementary this week on Wednesday at 9 pm on ABC!”