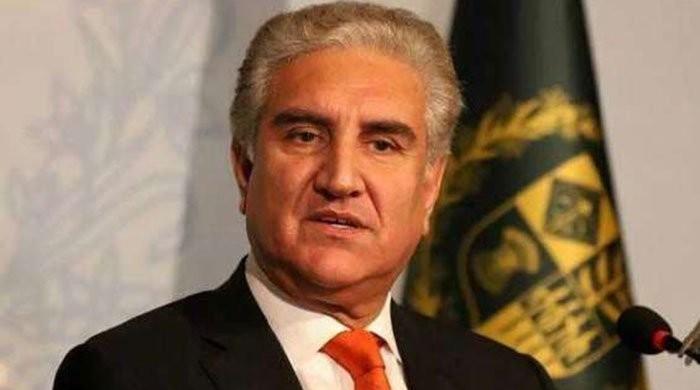 Foreign Minister Shah Mahmood Qureshi assured that Multan will not be ‘ignored’ in the administrative arrangement of South Punjab, vowing that the PTI government “will facilitate people of South Punjab at their doorstep”.

Taking to Twitter, Qureshi dispelled speculation that Multan will be ignored or sidelined in the administrative arrangement of the new South Punjab province.

He said that there will be a “functional secretariat in Multan” with the assistant chief secretary attending office three days a week.

“Multan will not be ignored in administrative arrangement of South Punjab. There will be a functional secretariat in Multan with ACS attending office 3 days a week. PTI has made tangible progress in it’s manifesto commitments and will facilitate ppl of S.Punjab at their doorstep,” he added.

Chief Minister Usman Buzdar had approved the setting up of a South Punjab secretariat on Tuesday.

The headquarters for the police bureaucracy will be set up in Multan, whereas the civil bureaucracyâ€™s headquarters will be established in Bahawalpur, according to the Punjab government.

A few weeks ago, the chief minister had already approved the appointment of an additional chief secretary and additional inspector general (IG) for South Punjab.

â€œPTI is on its way to fulfilling its major promise by setting up a South Punjab secretariat,â€ Buzdar had said. He had further said that the office will help resolve people’s problems at their doorsteps.

Earlier this month, the chief minister had issued a notification for the appointment of the additional chief secretary and additional inspector general of police for South Punjab.

At the time, Buzdar had said that new postings would be carried out soon, adding that the officials would dispense their duties from July 1. Due to the measures taken by the government, the sense of deprivation is ending in the people of Punjab, he had said.