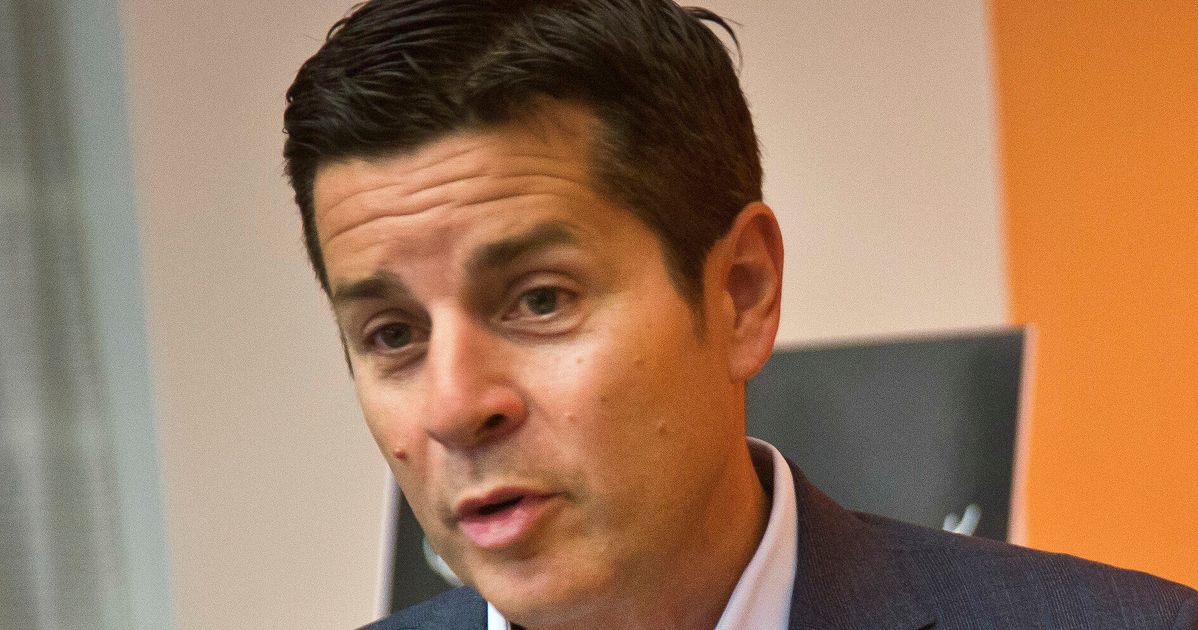 Radio host Dean Obeidallah on Friday tore into both notorious neo-Nazi Andrew Anglin and Elon Musk, who welcomed the “Nazi’s Nazi” back to Twitter after a decade in exile.

Racist, antisemitic, homophobic and misogynistic Anglin — who declared in 2018 that he “hates women” and believes they “deserve to be beaten, raped and locked in cages” — owes Obeidallah millions of dollars from a libel suit for fake tweets that put his life at risk.

Anglin in 2017 fabricated tweets in the Daily Stormer — his creation named after Hitler’s favorite publication, Der Sturmer — “saying I was involved in terrorism because I wrote an article denouncing Donald Trump for not denouncing white supremacy — and that was before Charlottesville,” the SiriusXM radio host told MSNBC’s Joy Reid.

Anglin then told his followers: “Go confront Dean,” Obeidallah recounted. “So I got a ton of death threats. I stood up in federal court and I won [$4.1] million” in damages, he added.

Anglin never responded to the suit. The whereabouts of the Ohio native are unclear. His father testified at Obeidallah’s libel case that he collected significant amounts of donations on behalf of his son.

Anglin said in a statement on Twitter that he will “follow” all of the platform’s rules. It’s unclear if flouting a court judgments is acceptable under Twitter policies. Musk has said people suspended can return to Twitter “provided they have not broken the law.”

Obeidallah planned to give the libel judgement to organizations that fight bigotry, he told Reid.

He addressed the Nazi’s Nazi directly on Reid’s program: “Andrew Anglin, you deadbeat Nazi, if you’re watching, I want my money and I want it plus interest so I can give it to organizations that fight antisemitism, anti-racism, anti-LGBTQ, anti-Muslim hate,” Obeidallah said.

As for Twitter’s new owner, “the idea that Elon Musk would help normalize a Nazi shows you Elon Musk is no friend of the United States of America,” he continued. “And I say that bluntly … He’s amplifying divisions and it’s very dangerous,” said Obeidallah.

Musk last month allowed tweets back on Twitter by Ye, the rapper formerly known as Kanye West, whose account had been restricted in October over antisemitic messages. Musk locked Ye’s account again Thursday after he posted an image of a swastika intertwined with a Star of David.

It was unclear if the antisemitic rapper’s exile is permanent, even after he announced on Alex Jones’ podcast Thursday that he “likes Hitler” and “loves Nazis.”

Check out what Obeidallah had to say about the “deadbeat Nazi” who owes him millions: