Raffensperger Demands Apology From Perdue After Wife Got Death Threats 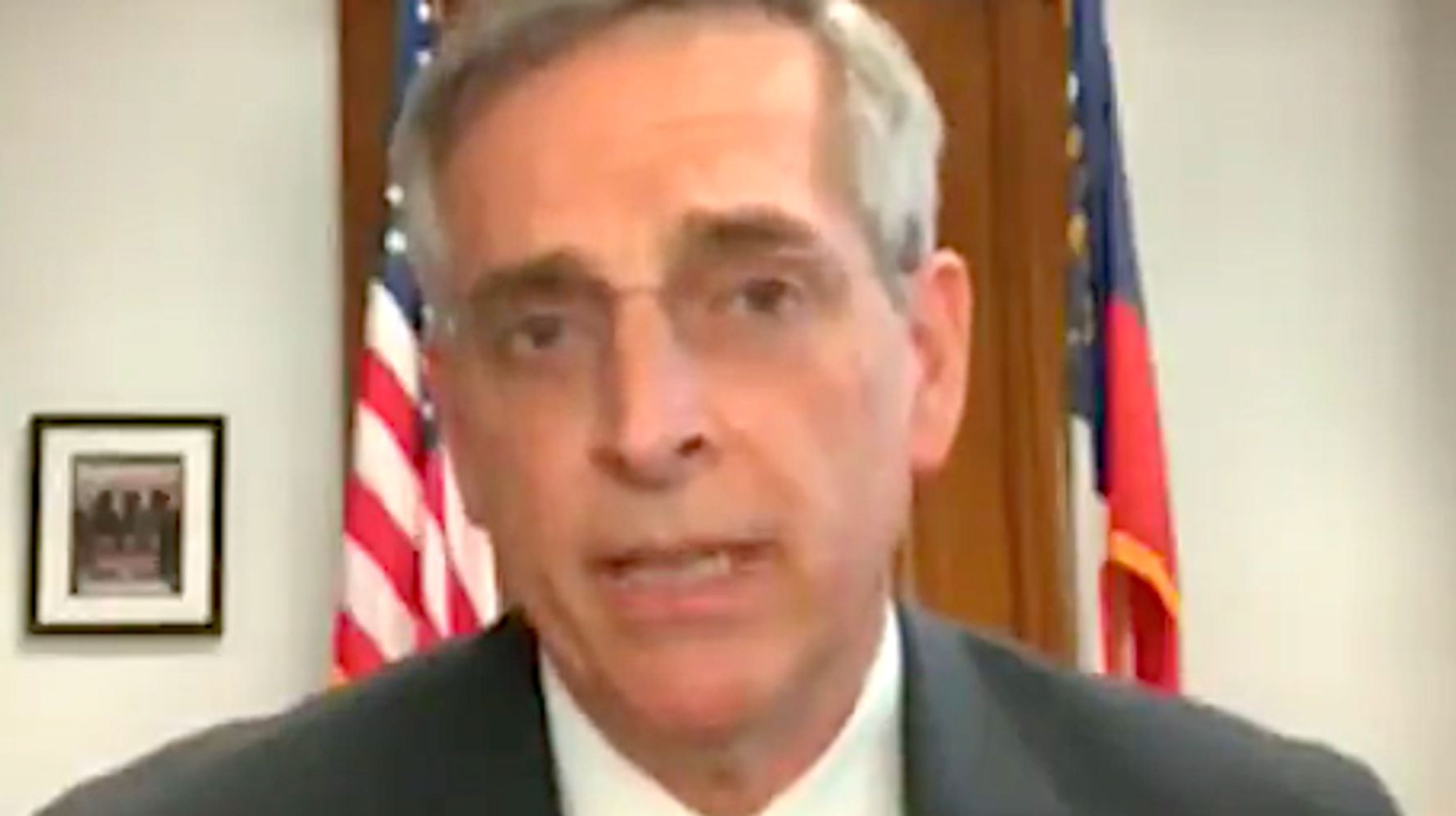 Perdue, whose term as a senator ended Sunday, is running for reelection in a tight race in Georgiaâ€™s runoffs Tuesday. This week, he called Raffenspergerâ€™s decision to record a phone call with President Donald Trump â€œdisgustingâ€ â€” prompting Raffensperger, also a Republican, to respond on Fox News.Â

The released audio of the phone call revealed the president apparently pressuring Raffensperger to â€œfindâ€ votes to overturn President-elect Joe Bidenâ€™s victory in the state or face prosecution.

Asked by Fox Newsâ€™ Martha MacCallum to respond to the â€œdisgustingâ€ comment, Raffensperger said: â€œSen. Perdue still owes my wife an apology for all the death threats she got after he asked for my resignation. And I have not heard one peep from that man since.â€

â€œIf he wants to call me face to face, man to man, Iâ€™ll talk to him off the record,â€ he continued. â€œBut he hasnâ€™t done that.â€

“Purdue still owes my wife an apology for all the death threats she got after he asked for my resignation. I have not heard one peep from that man since. If he wants to call me, face to face, man to man, I’ll talk to him, off the record. But he hasn’t done that” — Raffensperger pic.twitter.com/lnCU0nKkZn

MacCallum suggested a grudge was brewing between the two, to which Raffensperger responded: â€œItâ€™s really about getting the facts out. … President Trump probably had eight to 10 points. Every one of his numbers were wrong. We have a poster board of the actual numbers that we have versus what they have. Our numbers will be supported in a court of law. Their numbers will not be.â€

Perdue, who faces Democrat Jon Ossoff in one of the Georgia Senate runoff elections Tuesday, said later on Fox News that the death threats â€œhad nothing to do with my call for his resignation. That had to do with total incompetence around what happened in November.â€

Raffensperger, the leading election official in the state, has faced baseless criticism from Trump and his allies who pushed unfounded claims of election fraud after Biden took Georgia, one of the critical swing states.