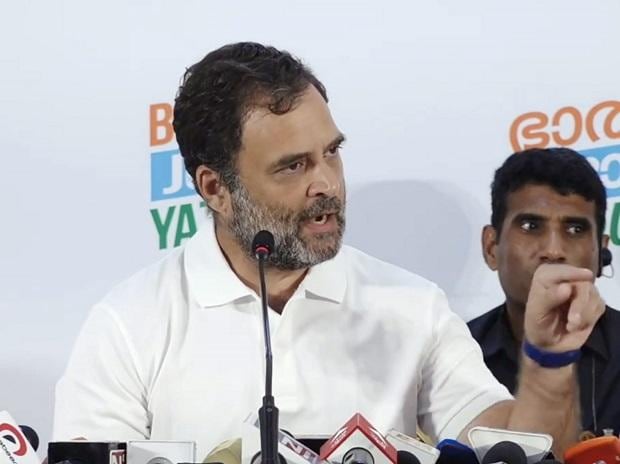 The Rahul Gandhi-led Bharat Jodo Yatra resumed from Yeligandla in Narayanpet district of Telangana on Friday and is expected to cover a distance of 23.3 km, Congress party sources said.


The yatra will halt at Mahabubnagar tonight.


This is the third day of the yatra in the state.


The yatra kicked off at around 6.10 am with former union minister Jairam Ramesh, AICC leader KC Venugopal and Telangana Congress president A. Revanth Reddy and a number of party leaders joining Gandhi.


Gandhi called two school girl students who were waiting for him on the roadside during the yatra and walked with them for some distance.


The Gandhi scion-led yatra completed 26.7 km on Thursday, before halting for the day at Sri Balaji Factory, Makthal for the night, according to party sources.


The yatra will cover 19 Assembly and 7 Parliamentary constituencies spanning a total distance of 375 km, before entering Maharashtra on November 7.


The yatra will take a one-day break on November 4.


The Wayanad MP will meet intellectuals, leaders of various communities, including personalities from the sporting, business and entertainment sectors.


He will also visit prayer halls, mosques and temples across Telangana, and will offer prayers, members of the Telangana Pradesh Congress Committee said.


The Bharat Jodo Yatra commenced on September 7 from Kanyakumari in Tamil Nadu.


Gandhi completed the marathon walk in Kerala, Andhra Pradesh and Karnataka, before beginning the Telangana leg of the yatra.


The Telangana State Congress has formed 10 special committees to coordinate the yatra.