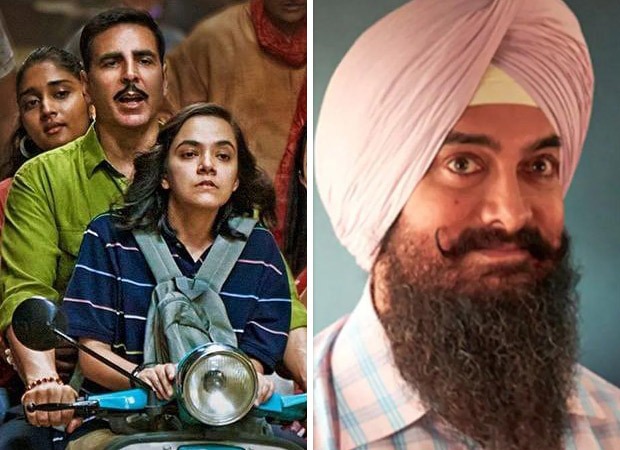 Not too long ago, when Aamir Khan announced that Laal Singh Chaddha will be released on August 11 and Akshay Kumar revealed that Raksha Bandhan will release on the day, the festival is cetebrated, we knew that a clash was inevitable. Now that we have received a glimpse of Laal Singh Chaddha, we got a sneak peek into the Akshay starrer today, as the trailer of the film was launched with much fanfare amidst the presence of entire star cast.

Akshay Kumar also went on to wish good luck for the films adding, “I wouldn’t say we are clashing! We are trying to get our films to people and I hope both films have a good run.”

While the Akshay Kumar starrer features Bhumi Pednekar as the leading lady, Laal Singh Chaddha will have Kareena Kapoor Khan alongside her 3 Idiots co-star Aamir Khan.  Raksha Bandhan is a family entertainer, directed by Aanand L. Rai. The Aamir – Kareena film, directed by Advait Chandan and is a remake of the Tom Hanks film Forrest Gump.

Also Read: WATCH: Akshay Kumar reveals that his sister is the presenter of Raksha Bandhan