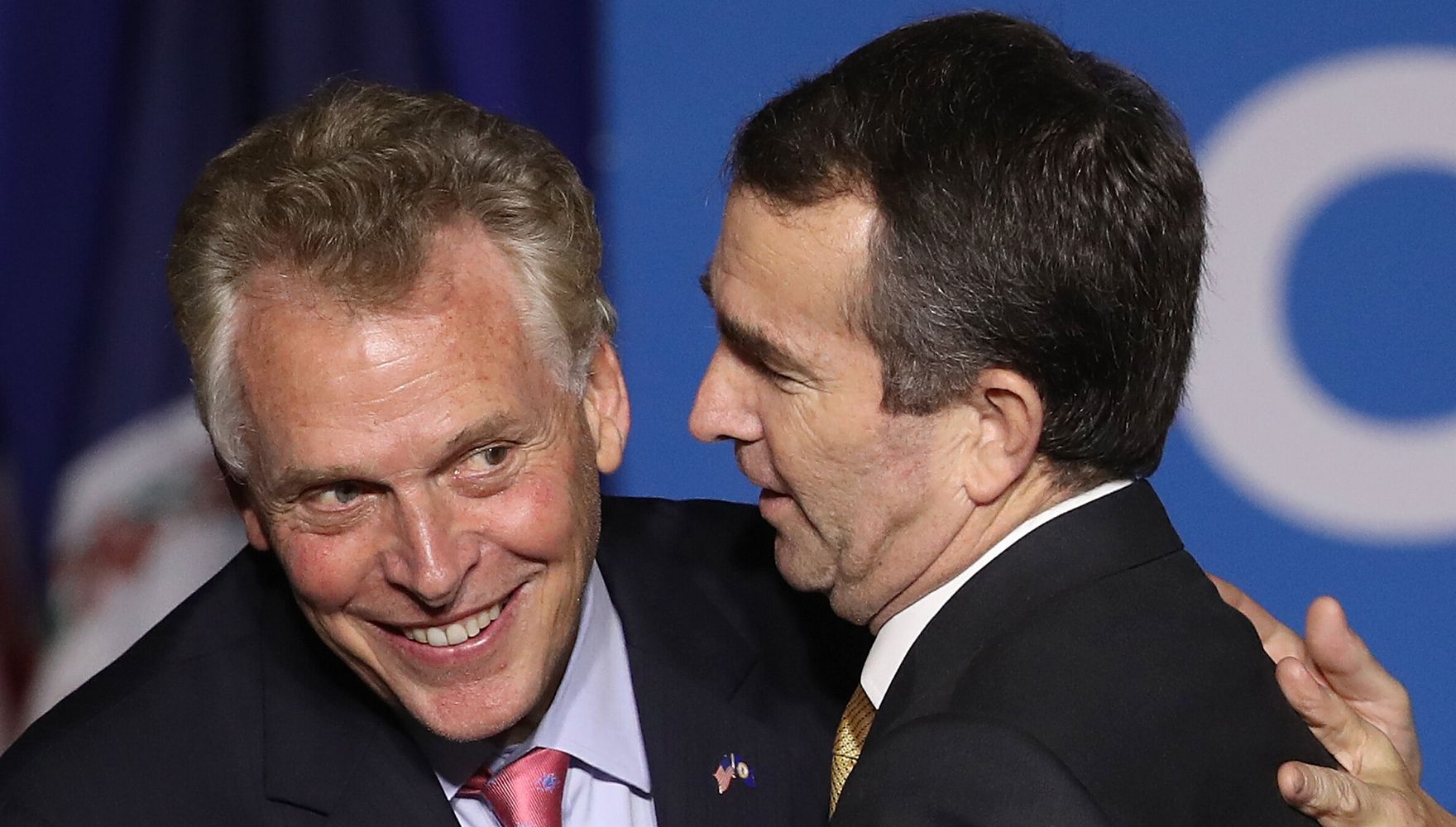 RICHMOND, Va. (AP) â€” Democratic Virginia Gov. Ralph Northam announced Thursday that he is backing Terry McAuliffe in the race to succeed him, handing his predecessor one of the contestâ€™s most coveted endorsements.

Northam, who under Virginia law cannot seek a consecutive term in office, said McAuliffeâ€™s accomplishments during his previous term in the governorâ€™s mansion show he is the right person for the job.

â€œTerryâ€™s strong record of delivering for Virginians is exactly why we need him as our next governor,â€ Northam said in a statement shared with The Associated Press ahead of the formal announcement. â€œWe will need bold leadership ready to build a more equitable post-COVID economy that creates jobs, invests in workers, ensures equitable access to quality affordable health care, and rebuilds Virginiaâ€™s thriving network of small businesses.â€

McAuliffe, the presumptive front-runner in the June 8 Democratic primary, has been methodically locking up and rolling out an unmatched number of endorsements and said he was honored to have Northamâ€™s.

Northamâ€™s senior political adviser, Mark Bergman, said that in making his decision, the governor met with all the Democratic candidates except Lee Carter, the only socialist in the House of Delegates, who did not seek his endorsement.

Bergman said that for Northam, it was a decision between McAuliffe and the two women in the race, former Del. Jennifer Carroll Foy and state Sen. Jennifer McClellan.

Bergman said Northam sees this yearâ€™s election as an opportunity to make permanent the sweeping changes Democrats have implemented during his term.

Virginia has undergoneÂ a swift transformationÂ during Northamâ€™s tenure, which coincided with a Democratic takeover of the state legislature. Northam has signed into law various pieces of legislation that have made Virginia an outlier in the South, including Medicaid expansion, sweeping criminal justice reforms, LGBTQ protections, a minimum wage increase and stricter gun laws.

â€œHe feels like Gov. McAuliffe provides the party the best opportunity to cement the change in Virginia and win in November,â€ Bergman said.

McAuliffe, a former chairman of the Democratic National Committee and top party fundraiser with national name recognition, hasÂ promisedÂ that increased education spending would be his top priority if elected. Heâ€™s also pledged to work to significantly accelerate Virginiaâ€™s minimum wage increase to $15 by 2024 and said duringÂ a debateÂ Tuesday night that he would push to ban assault weapons and high-capacity magazines.

Among McAuliffeâ€™s other endorsements: Speaker of the U.S. House of Representatives Nancy Pelosi, U.S. Rep. Elaine Luria, 34 members of the General Assembly and 11 members of the Virginia Legislative Black Caucus.

Northamâ€™s decision will likely be a disappointment for supporters of Carroll Foy and McClellan, who are running what could be history-making bids. Either would be Virginiaâ€™s first female governor and the nationâ€™s first Black female governor.

Also in the race is Lt. Gov. Justin Fairfax, who is facing twoÂ unresolved allegationsÂ of sexual assault that are widely seen as an impossibility to overcome. Fairfax strenuously denies the allegations and has said he thinks voters will see through what he considers a smear campaign against him.

Republicans have opted to whittle down their seven-candidate field at a convention on May 8 that is going to be held at sites across the state.