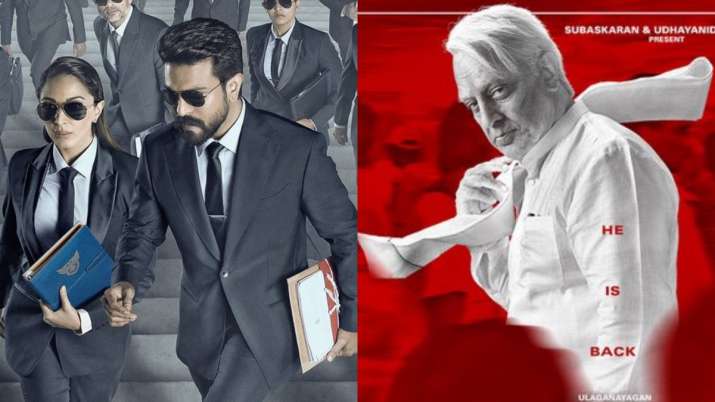 Ram Charan is super thrilled about his much-anticipated big-budget film tentatively titled RC15 under the direction of Shankar Shanmugham. On Wednesday, Shankar surprised everyone after he announced that he has resumed work on his long pending, eagerly-awaited Indian 2. He also clarified that he will be simultaneously working on both ‘Indian 2’, featuring actor Kamal Haasan in the lead, and his film with Ram Charan.

Shankar tweeted, “Hi Everyone, ‘Indian 2’ and ‘#RC15’ will be shot simultaneously. Ready to shoot the next schedule of #RC15 from first week of September in Hyderabad and Vizag!”

Ram Charan expressed his excitement and responded to director Shankar’s tweet, saying: “Waiting to see you soon on our sets sir. And very excited to hear ‘Indian2’ will resume soon. All the best!!”

Earlier, Kamal Haasan announced the resumption of work on the sequel to the blockbuster ‘Indian’. Kamal, in his tweet, had mentioned that filming for ‘Indian 2’ would be on from September. Although shooting of the film resumed from Wednesday, Kamal, it was said, was to join the sets only in September.

As reported earlier, the film, whose working title is ‘RC15’, will be shot in Amritsar, among other places. Kiara Advani plays the female lead opposite Ram Charan in ‘RC15’, which is being bankrolled by Dil Raju. The music is composed by the ever-popular Thaman.

Work on the film had come to a grinding halt after a mishap while shooting the film left three people dead and over 10 injured. The accident left everybody involved rattled with Shankar, Lyca and Kamal Haasan announcing financial aid to the families of those killed in the mishap. When attempts to restart shooting were made, Covid struck and the project had to be put on the backburner. To add to this, there were disagreements between the director, actor and producers. Now, all differences of opinion seem to have been sorted out and shooting has resumed.