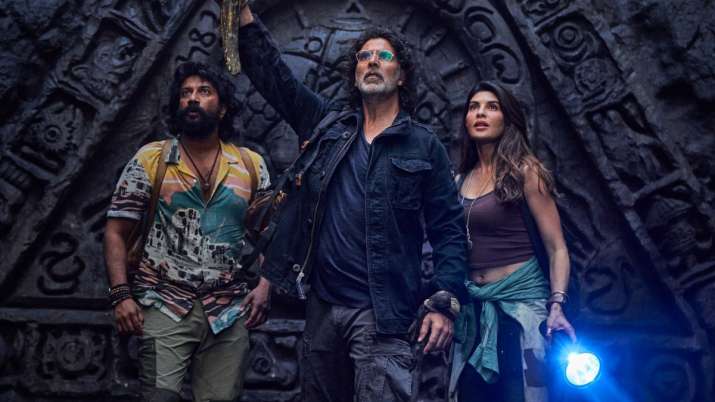 Ram Setu Teaser: Akshay Kumar is all set to enthral the audience with his upcoming film Ram Setu. Also starring Jacqueline Fernandez, Nushrratt Bharuccha and Satya Dev in key roles, the Bollywood movie is one of the most anticipated titles of the year. After piquing the curiosity of fans, Akshay has shared an update on the film. He will be showing the first glimpse of it to the audience.  The actor also confirmed the release date of the film with a new poster.

“Come join us and be a part of this exciting journey… Worldwide first glimpse of Ram Setu, today at 12 noon. Are you all set? #RamSetu. October 25th Only In Theaters worldwide,” he wrote on social media.

Earlier, Akshay had shared the first look of Ram Setu on Twitter. He will be seen playing the role of an archaeologist and in the first look of the film, he is seen sporting a salt and pepper beard and long curly hair. Co-star Jacqueline Fernandez is also seen besides Akshay as he holds up a torch surrounded by dark.  Akshay also announced that Ram Setu will be released on Diwali 2022. It is billed as an action-adventure-drama. It tells a story rooted in Indian cultural and historical heritage.

Produced by Akshay’s Cape of Good Films, Abundantia Entertainment, Lyca Productions and Amazon Prime Video, the film had gone on floors in March 2021

Apart from this, Akshay will also be seen opposite Radhika Madan in the Hindi remake of Suriya’s Tamil film ‘Soorarai Pottru’. Apart from Akshay and Radhika, Paresh Rawal will reprise his role from the Tamil original. Director Sudha Kongara is also returning to helm this film. The shooting began in April. No release date has been announced so far.