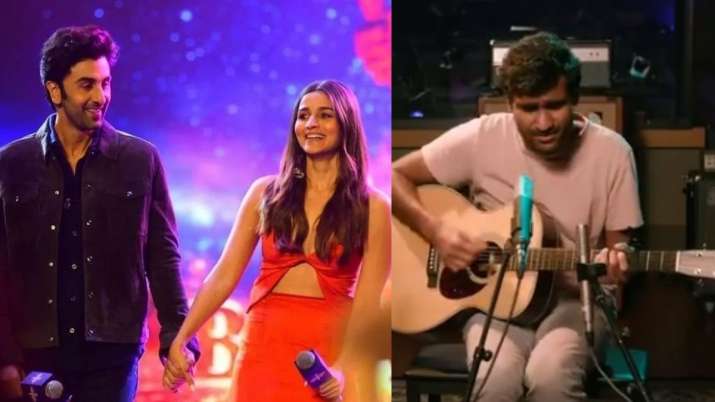 After dating for more than four years Bollywood’s most loved couple Alia Bhatt and Ranbir are all set to tie the knot today (April 14) in an intimate ceremony at their Bandra residence Vastu. The pre-wedding festivities of the couple kickstarted yesterday with a Ganesh puja and a mehendi ceremony. The Bhatt’s and the Kapoor’s including Neetu Kapoor, Riddhima Kapoor Sahni, Shaheen Bhatt, Mahesh Bhatt, Pooja Bhatt, Rima Jain, Karisma Kapoor, Kareena Kapoor Khan, and many others were in attendance at the ceremony. While the couple opted to go for the hush-hush wedding by keeping all the details under wraps, new reports suggest that singer-songwriter Prateek Kuhad performed for the star couple at the special ceremony.

As per media reports, the singer was seen at the venue. However, there’s no official update by the singer or any other guest. It is also reported that ‘KhoGye Hum Kahan’ singer sang some of his popular tracks including Kasoor, Cold mess among others.

Prateek on Wednesday took to his Instagram and shared a glimpse of his hotel room, which is said to be from the Mehendi function’s venue.

Meanwhile, Ranbir’s mother Neetu Kapoor and sister Riddhima Kapoor Sahni confirmed his wedding with Alia on Wednesday evening. They also informed that the wedding will take place today at their Bandra residence. The couple’s Haldi ceremony will reportedly begin at 9 am today, followed by Chooda ceremony.