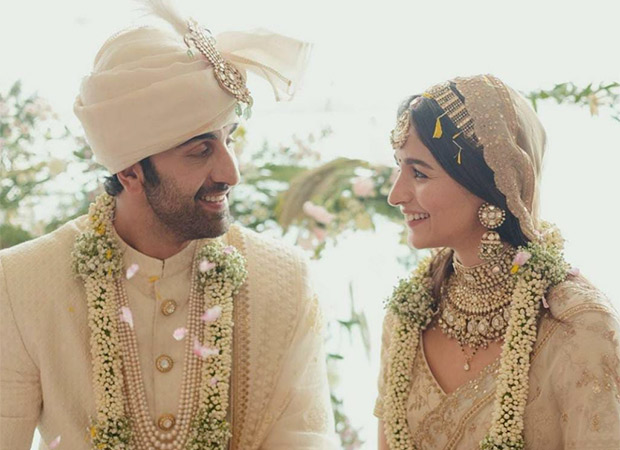 Ranbir Kapoor and Alia Bhatt’s wedding  pictures have taken over the internet. The two got married on April 14 at Ranbir’s Vastu residence in Mumbai. The ceremony included only their near and dear ones. More details have come to us about the rituals that took place. One such interesting ritual news is about the Joota chupai ceremony.

According to several reports, the girl’s side asked for Rs 11.5 crore from the Kapoor family for the joota chupai ritual. This is a ritual where groom’s shoes are stolen and given to him after the wedding is done in return for some nek (cash). But after the fun negotiation, they were given Rs 1 lakh.

On the work front, Ranbir Kapoor and Alia Bhatt wrapped up Ayan Mukerji’s directorial Brahmastra ahead of their wedding. Meanwhile, Ranbir also has Shamshera in pipeline that also stars Sanjay Dutt and Vaani Kapoor. On the other hand, Alia Bhatt is currently working on Rocky Aur Rani Ki Prem Kahani along with Ranveer Singh in the lead.