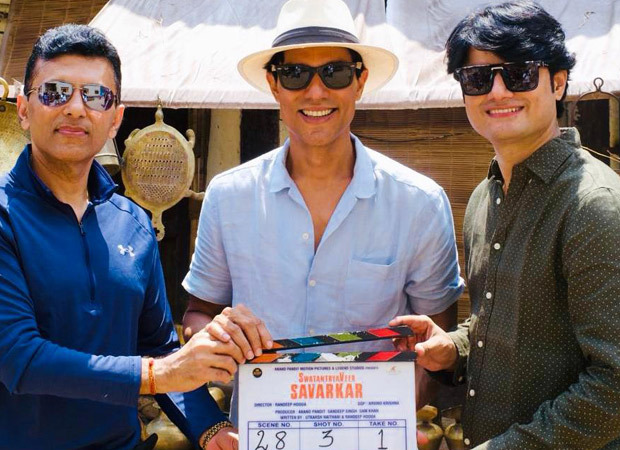 On the auspicious occasion of Navratri and Dusshera, producers Sandeep Singh and Anand Pandit have begun the shoot of SwatantryaVeer Savarkar with Randeep Hooda. Interestingly, the upcoming biopic will make Hooda’s directorial and writing debut helming the film. Earlier, Mahesh Manjrekar was roped in as the director for the project.

Producer Anand Pandit says, “There couldn’t have been any actor other than Randeep Hooda to do absolute justice to this role. Plus, our film has Randeep as a director too and that makes me feel proud.”

Producer Sandeep Singh says, “It’s a matter of pride for us that Randeep Hooda is making his mark as a director with our film, besides playing the lead.” He adds, “As Indians and Hindus, SwatantryaVeer Savarkar is a special film for us. I want every Indian, especially the young generation, to know our history. Veer Savarkar’s contribution to our country’s freedom has been tremendous. He was a true freedom fighter and that will be showcased in our film. I feel privileged and honoured to be making this film.”