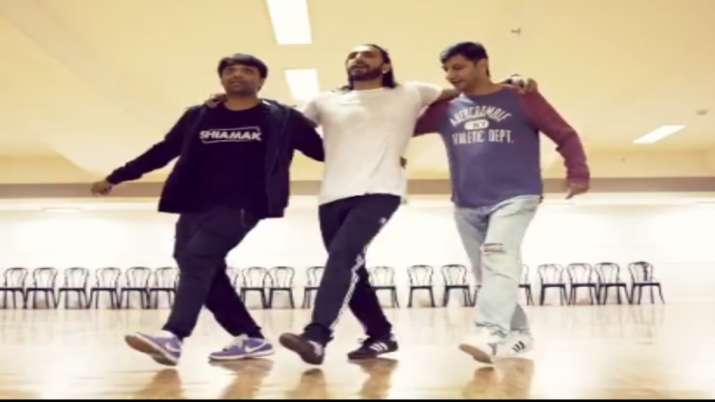 As the Indian Premier League 2022 finale is scheduled for today, actor Ranveer Singh who will be performing at the closing ceremony of the gala event, shared a short video of his dancing preparation. On Sunday (May 29), the ‘Padmaavat’ actor took to his Instagram handle and dropped a small video where he could be seen rehearsing for the closing ceremony. Sharing the video, Ranveer wrote, “Capacity Crowd? …. Just bring it! Tune in to watch me live performing at the Closing ceremony of Tata IPL Final 2022 on Star Sports & Disney+Hotstar today at 6.25 pm. #TATAIPL #TATAIPLFINAL @iplt20″

The video showed him practicing the hook steps of several of his popular songs, including Khalibali from Padmaavat and Tattad Tattad from RamLeela, among others. Also, the actor could be seen acing the hook step Ram Charan and Jr NTR’s RRR’s Naatu Naatu song. Ranveer Singh on working with Rohit Shetty: I feel the safest when I am working with him

Soon, the comment section was flooded with fire emoticons, as fans and admirers are overjoyed after seeing Ranveer’s oomph dance practice. Actor Arjun Kapoor also wrote, “Nacho nacho baba.” For the unversed, the closing ceremony of the Tata IPL Final will be held in Ahmedabad, Gujarat, later in the day. The match will take place in Ahmedabad’s Narendra Modi Stadium.

The actor was last seen in ‘Jayeshbhai Jordaar.’ Helmed by Divyang Thakkar, the film features Ranveer in the titular role as the son of a traditional Gujarati sarpanch, who believes in equal rights between males and females in society. Ranveer is currently filming ‘Rocky Aur Rani Ki Prem Kahani’, a film directed by Karan Johar and starring Alia Bhatt. The movie will be released in theatres in February of next year.