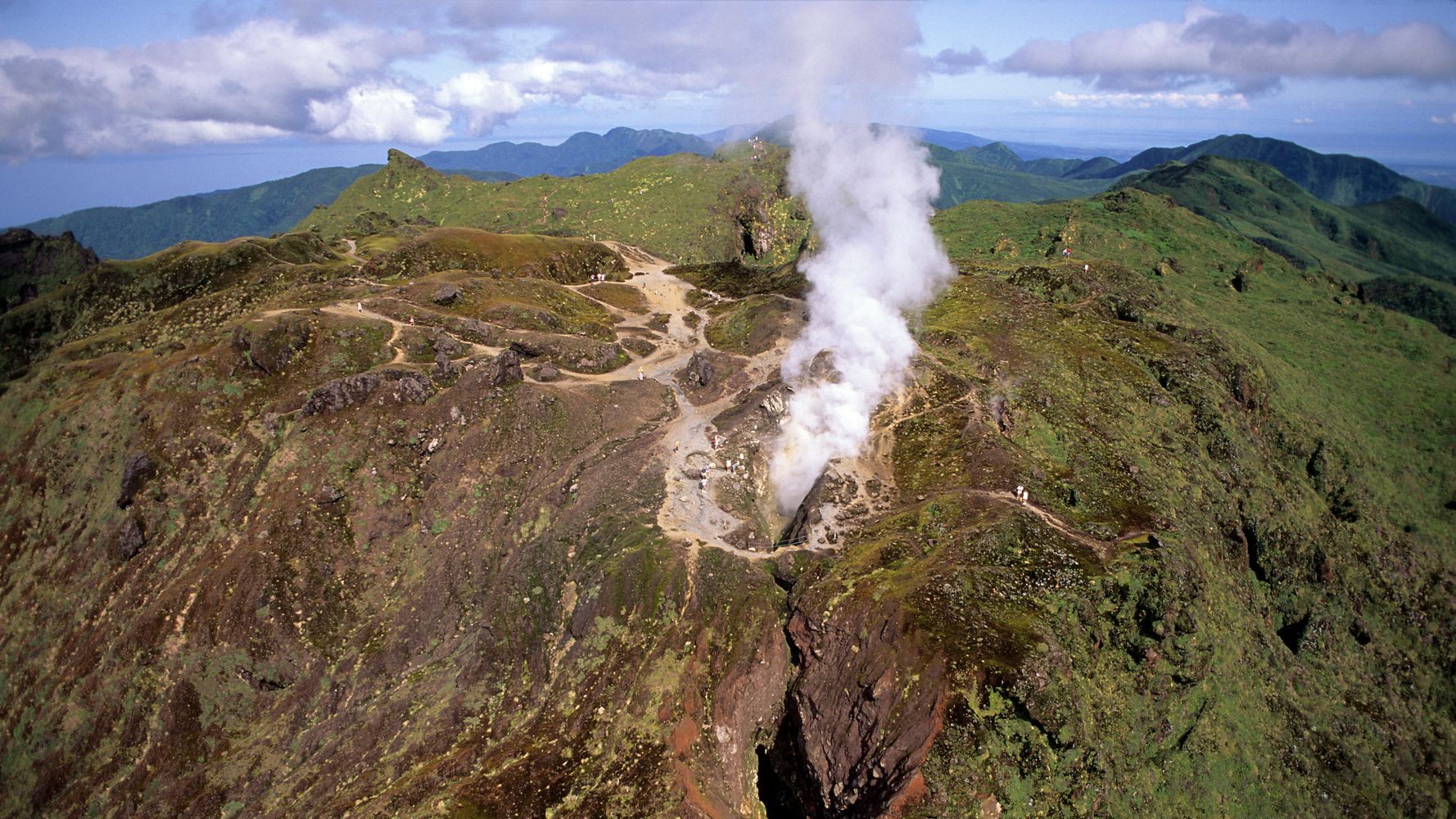 SAN JUAN, Puerto Rico (AP) â€” Volcanoes that have been quiet for decades are rumbling to life in the eastern Caribbean, prompting officials to issue alerts in Martinique and St. Vincent and the Grenadines as scientists rush in to study activity they say hasnâ€™t been observed in years.

The most recent warning was issued late Tuesday for La Soufriere volcano in St. Vincent and the Grenadines, a chain of islands home to more than 100,000 people. Officials reported tremors, strong gas emissions, formation of a new volcanic dome and changes to its crater lake.

The Caribbean Disaster Emergency Management Agency said that scientists observed an â€œeffusive eruption within the crater, with visible gas and steamâ€ on Tuesday.

The government warned those living near the volcano to prepare to evacuate if needed, declaring an orange alert that means eruptions could occur with less than 24 hoursâ€™ notice.

La Soufriere, located near the northern tip of the main island of St. Vincent, last erupted in 1979, and a previous eruption in 1902 killed some 1,600 people. That occurred shortly before Martiniqueâ€™s Mt. Pelee erupted and destroyed the town of Saint-Pierre, killing more than 30,000 people.

Mt. Pelee too is now active once again. In early December, officials in the French Caribbean territory issued a yellow alert due to seismic activity under the mountain. It was the first alert of its kind issued since the volcano last erupted in 1932, Fabrice Fontaine, with Martiniqueâ€™s Volcanological and Seismological Observatory, told The Associated Press.

While the eastern Caribbean is one long chain of active and extinct volcanoes, volcanologist Erik Klemetti, at Denison University in Ohio, said the activity at Mt. Pelee and La Soufriere are not related.

â€œItâ€™s not like one volcano starts erupting that others will,â€ he said. â€œIt falls into the category of coincidence.â€

He said the activity is evidence that magma is lurking underground and percolating toward the surface, although he added that scientists still donâ€™t have a very good understanding of what controls how quickly that happens.

Klemetti said the most active volcano in recent years in the eastern Caribbean has been Soufriere Hills in Montserrat, which has erupted continuously since 1995, destroying the capital of Plymouth and killing at least 19 people in 1997.

Seventeen of the eastern Caribbeanâ€™s 19 live volcanoes are located on 11 islands, with the remaining two are underwater near the island of Grenada, including one called Kick â€™Em Jenny that has been active in recent years.