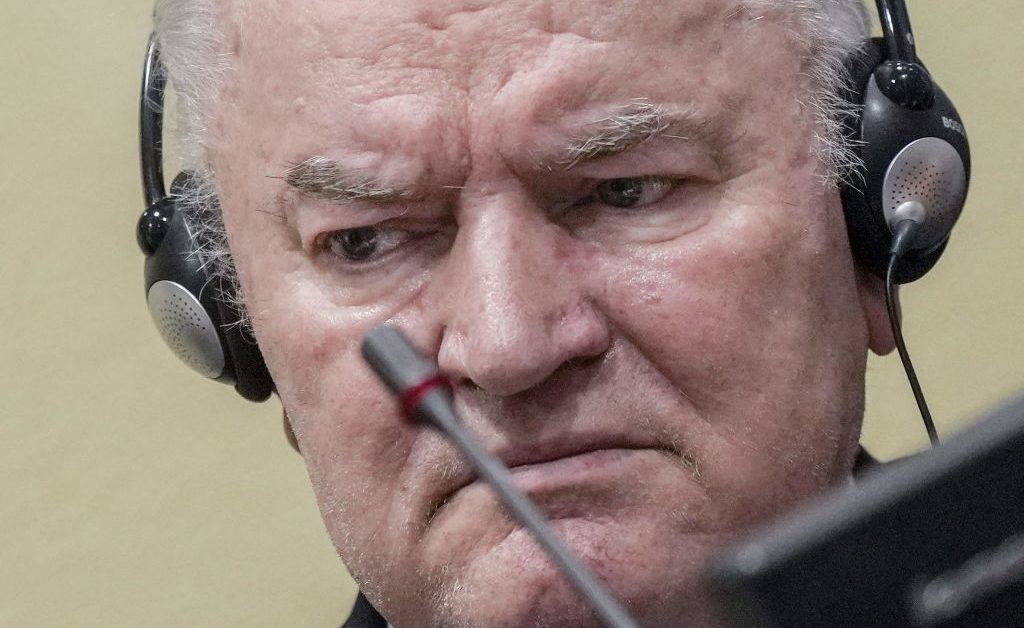 Former Bosnian Serb general Ratko MladiÄ‡ has lost his appeal of a genocide and war crimes conviction â€”Â a ruling that means the â€œButcher of Bosniaâ€ will spend the rest of his life in prison.

MladiÄ‡, 79, had asked the U.N.â€™s war crimes tribunal to overturn a life sentence handed down in November 2017 for his role in the 1995 slaughter in Srebrenica of thousands of Bosniaks for their Muslim faith, along with several other counts of crimes against humanity during the Bosnian war.

But the court dismissed his appeal â€œin its entirety,â€ drawing a final line under the last major Balkan war crimes trial before a U.N. court. Presiding Judge Prisca Matimba Nyambe read out the ruling during a session that was entirely live-streamed due to the pandemic.Â

The judges hearing the case in The Hague are part of an international court the U.N. established to wrap up trials initially launched by the International Criminal Tribunal for the former Yugoslavia. The panel confirmed MladiÄ‡â€™s life sentence for 10 of the 11 counts, including the genocide in Srebrenica and other war crimes, such as taking U.N. peacekeepers hostage and using them as human shields.

U.S. President Joe Biden, who took a close interest in the Bosnian war as a U.S. senator, welcomed the ruling.

â€œThis historic judgment shows that those who commit horrific crimes will be held accountable. It also reinforces our shared resolve to prevent future atrocities from occurring anywhere in the world,â€ Biden said in a statement.

For years, MladiÄ‡ and the Bosnian Serb army turned eastern Bosnia into the site of the worst crimes during the wars of the 1990s that tore Yugoslavia apart. Thousands of people, mainly Bosniaks and Bosnian Croats, were murdered, tortured and displaced, with the goal of creating an ethnically pure territory for ethnic Serbs.

Todayâ€™s Bosnia-Herzegovina bears the consequences of MladiÄ‡â€™s military campaigns. Its Serb-dominated entity of Republika Srpska is roughly based on the results of ethnic cleansing committed during the war and its political leaders continue to use rhetoric similar to that of MladiÄ‡ and his cohorts.

â€œWhether people are acquitted or convicted, none of this is going to have any effect unless thereâ€™s a political class committed to telling the whole story and promoting a narrative of responsibility,â€ said Eric Gordy, a professor of political and cultural sociology at University College London.

â€œThe meaning of todayâ€™s verdict is that the international tribunals will have done everything that they can do. It shows what legal processes can manage,â€ said Gordy, asserting that courts cannot tell the full story or set the record straight, nor contribute to reconciliation or understanding.

â€œWhat weâ€™re seeing now is the limited effect of what happens when you ask the courts to do something that the whole society needs to be doing,â€ he added.

On Monday, a public screening of a movie glorifying MladiÄ‡ was organized in Bratunac, one of the sites of the Srebrenica genocide. In Banja Luka, the administrative center of Republika Srpska, a banner was displayed with the inscription â€œWe do not accept the Hague decision, you are the pride of Republika Srpska.â€

The key takeaway of the MladiÄ‡ verdict, Gordy said, is a warning about the consequences of aiming for ethnically pure states.

â€œThe main lesson of this trial and others is that you canâ€™t achieve the goal of having pure nations, pure identities and territories without forcibly changing the population,â€ he said. â€œThere is no goal related to identity that can be achieved without large-scale violence.â€