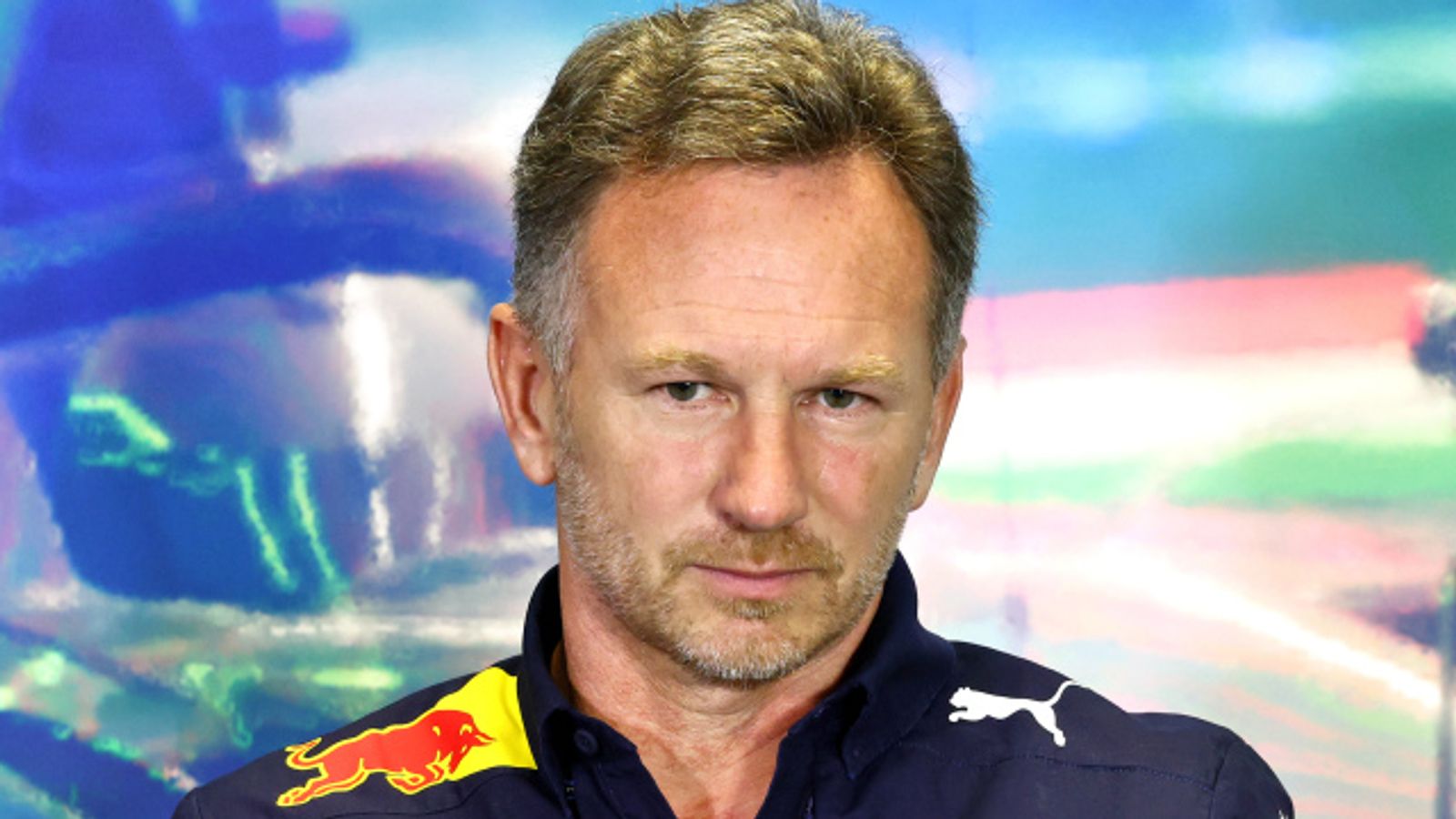 Reports claim Red Bull are one of two teams who the FIA have found to have breached F1’s 2021 budget cap; Red Bull boss Christian Horner insists the team are unaware of any breaches; watch the Singapore GP live all weekend on Sky Sports F1, with Sunday’s race at 1pm

Red Bull team principal Christian Horner says he is “not aware” of the team having made any breaches of Formula 1’s budget cap, amid reports they could be penalised for over-spending during the 2021 campaign.

The sport introduced a budget cap last season, and reports claim Red Bull are one of two teams who the FIA will announce went over the $145m (£114m) spending limit.

Potential punishment for the teams found to have breached the regulations could range from financial penalties to points deduction, with the categorisation of the infringement as ‘minor’ or ‘material’ the crucial factor.

Speaking to Sky Sports F1 after opening practice at the Singapore GP on Friday, Horner responded to a topic that is threatening to overshadow the sport’s first Grand Prix at the Marina Bay Street Circuit since 2019.

“We are certainly not aware of any (breaches),” Horner said. “The accounts were all submitted way back in March, so it’s been a long process with the FIA going through, and we are in that process as we speak.

“They are rightly following that process and I think mid-next week is when they declare their certificates.

“Certainly our submission was below the cap and it’s down to the FIA to follow their process, which they are currently doing.”

The rules provide a range of sanctions that can be applied based on the amount by which teams have exceeded the cap.

These include fines for minor offences, while material offences could result in a deduction of points from the drivers’ and teams’ standings, suspension and exclusion from the championship.

The FIA released a statement before Horner spoke to Sky Sports F1 on Friday, insisting any breaches would be “dealt with” according to the regulations.

The statement said: “The FIA is currently finalising the assessment of the 2021 financial data submitted by all Formula 1 teams. Alleged breaches of the Financial Regulations, if any, will be dealt with according to the formal process set out in the regulations.”

Despite being on the brink of winning the championship in Singapore, Red Bull’s Max Verstappen is refusing to get ahead of himself in his quest for a second world title.

Despite being on the brink of winning the championship in Singapore, Red Bull’s Max Verstappen is refusing to get ahead of himself in his quest for a second world title.

Verstappen is all but certain to add his second title this season, while Red Bull are in a similarly dominant position and look set to end Mercedes’ eight-year run of constructors’ titles.

Williams were fined $25,000 this year for a procedural breach of the financial regulations after missing a deadline to submit their accounts.

“It’s a brand new set of regulations and a set of very complicated regulations, so how rules are interpreted and applied are inevitably going to be subjective between the teams and I’m sure as the years go by things will get tidied up,” Horner added.

“But we are confident in our submission and as I said the FIA are in a process, and I think there is always going to be rumours, I’ve heard of major breaches and whatever, I’m certainly not aware of that.

“Every team theoretically is subject to it, so they will have looked at every team’s submitted accounts.

“We’re very confident in our submission, so anything different to that, we’ll wait to hear from the FIA.”