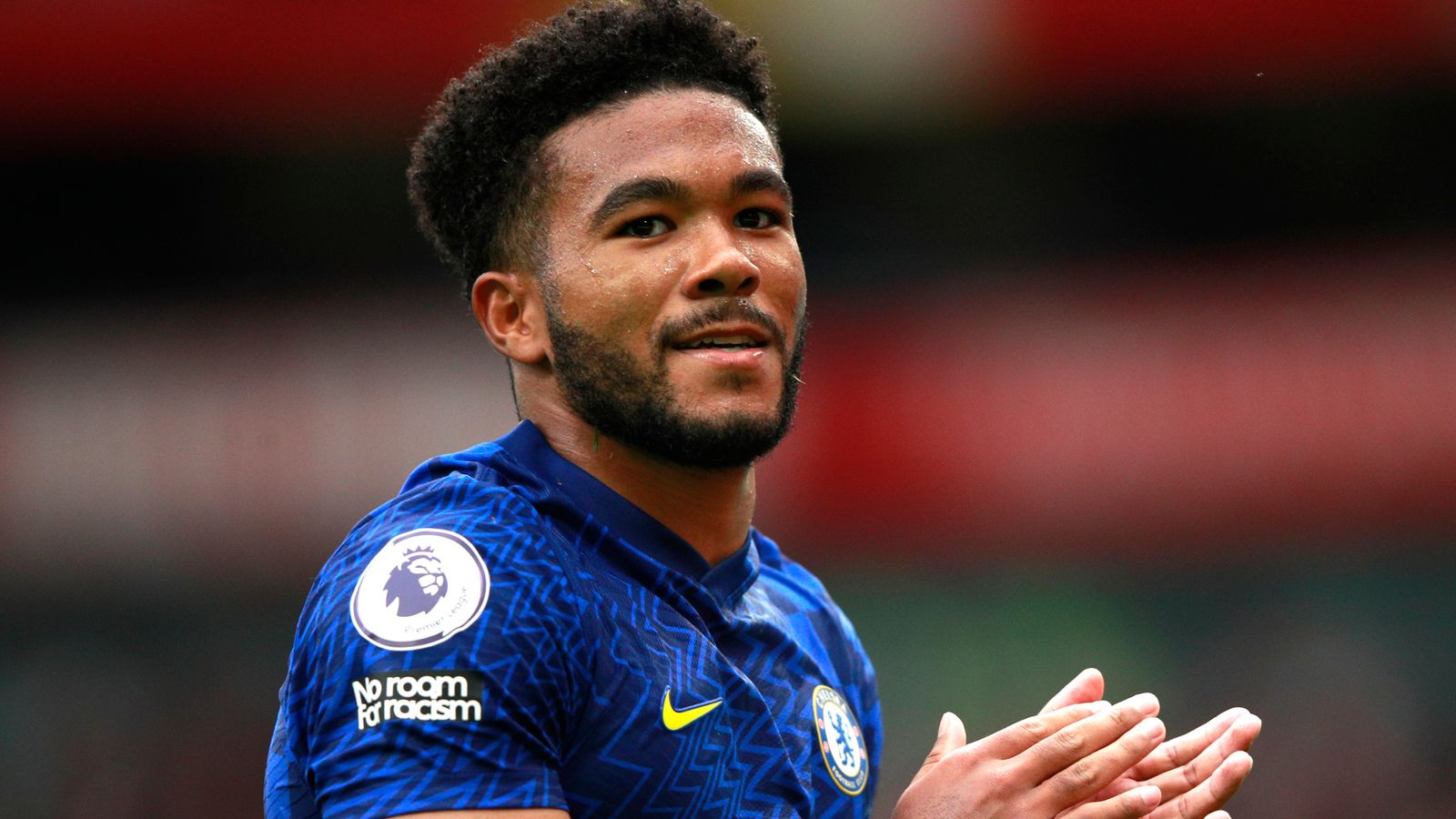 Thomas Tuchel has hailed the “massive” boost of Reece James and Jorginho’s return to fitness for Saturday’s Premier League trip to West Ham.

England full-back James missed Wednesday’s 2-1 win at Watford with an ankle injury, while Italy midfielder Jorginho was not fit enough to start.

Chelsea are still without sidelined quartet Trevoh Chalobah, Mateo Kovacic, N’Golo Kante and Ben Chilwell for the east London trip, with the Blues in the grip of an injury glut.

James and Jorginho will ease shortages at wing-back and in midfield, however, leaving boss Tuchel delighted to have two senior, in-form stars back in action.

“Reece James and Jorginho are both available again,” said Tuchel.

“It’s massive, because Reece is the specialist on the right, and Jorgi is the guy left from Mateo Kovacic, N’Golo Kante and him from the three on whose shoulders we put the central role over a very long period now.

“I’m absolutely happy that Ruben Loftus-Cheek steps in in the way he does it, but we are happy that Jorgi is back in training.

“And we can’t wait for Kova and NG to come back because it is a very important part, not only of the season but also in our games, and this midfield role, where we miss the experience and the leadership qualities of the guys who are out. So it’s good that they are back.

“But listen: we will never complain, because we are here to find solutions, and if we miss players, other players will play.

FREE TO WATCH: Highlights from Chelsea’s win against Watford in the Premier League

“They have contracts here because they deserve them.

“This is what we do, and we’ll have a strong team on the pitch tomorrow.

“We had a strong team against Watford, we are used to having changes in between and this is where we go.”

Chalobah suffered a hamstring injury in Wednesday’s win at Vicarage Road, and could be sidelined for some time.

Kovacic remains out with a hamstring issue of his own, while Kante has a small knock and Chilwell continues to battle knee ligament trouble.

“Every missing player is one player too many, but of course it’s a lot of midfield players who are out,” said Tuchel.

“It’s many weeks now for Kova, and we miss him and NG.

“Of course Ben Chilwell is a long one, we know this. And for Trevoh we need more examinations to see how bad the injury is.”

Speaking to Gary Neville on The Overlap, Frank Lampard opened up on his time at Derby, being sacked by Chelsea and what the future holds as he looks towards a return to management

Premier League leaders Chelsea will take on a buoyant West Ham side riding high in fourth place in the table.

Tuchel hailed David Moyes’ work with the Hammers, predicting an intense clash at the London Stadium.

“They were almost in the top four last season, they were fighting the whole season for that,” said the German.

“It’s always a joy to watch their games because they play with a lot of energy, a lot of positivity in what they are doing, their belief.

“They do not have too many changes, they play as a team and they do what they do good, they believe in themselves and that’s why everybody is there when they deserve to be.

“At the moment they are in fourth place, they play strong in European competitions.

Tuchel: Saul could be used as wing-back

Tuchel also says he will continue to consider Saul Niguez as an option at left wing-back.

Saul has struggled to settle into the Premier League rhythm and was replaced at half-time for the second time in his Chelsea spell in Wednesday’s 2-1 win at Watford.

The Atletico Madrid loanee could however find opportunities to feature more forthcoming should boss Tuchel follow through with tentative plans to deploy him at wing-back.

“Saul is still adapting and he had an early yellow card at Watford and was a bit shy to play all-in, in duels,” said Tuchel.

“For that we lacked a bit of physicality because he did not want to risk a red card.

“I think that he could play in a wing-back role for us. Even if we play in a dominant game, an offensive game because he is very strong in arriving in the opponents’ box.

“He’s very strong in finishing, he has good timing to arrive at the far post for the header.

“He sometimes does this in training which is why we think he could be a good fit and, maybe in the next games, we have to try because Chilly is out long-term and a lot of games are coming and we maybe cannot put every game on Marcos’ shoulders.”

Follow every Chelsea game in the Premier League this season with our live blogs on the Sky Sports website and app, and watch match highlights for free shortly after full-time.

Get all this and more – including notifications sent straight to your phone – by downloading the Sky Sports Scores app and setting Chelsea as your favourite team.