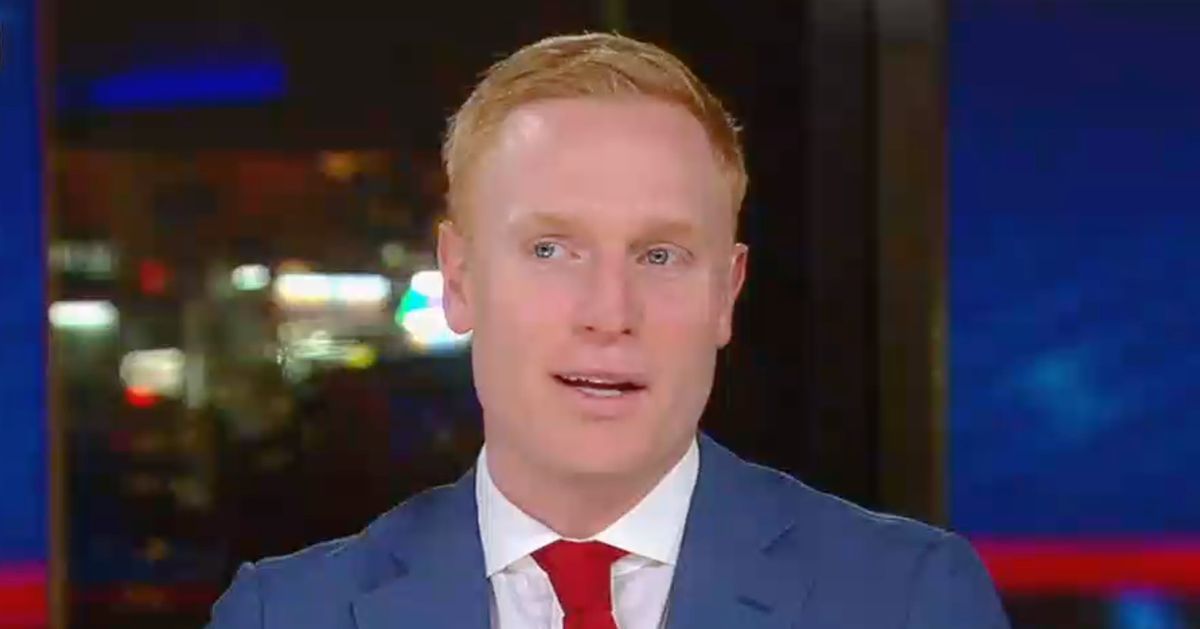 A regular guest on Fox News was caught on a hot mic bashing the conservative network, its hosts, its viewers and his own recent appearance on it.

Barstool Sports personality Francis Ellis made the remarks after wrapping up an episode of the “Barstool Rundown” podcast from Tuesday. Full, unedited audio of the show was published online by Barstool and then quickly taken down, according to Mediaite, which captured the recording.

In the clip, Ellis signs off the episode before chatting with co-hosts about a recent appearance he made on “Jesse Watters Primetime.”

“I did a ‘To Catch a Predator’ joke,” Ellis says of his remarks on the Fox News program. “I had a QAnon [conspiracy movement] reference in there.”

He says he later talked to his wife about it “because I was disappointed in myself.”

“She was like, ‘Let’s be honest, like, do you want to be working with these fucking people?’” he says.

“She was like, ‘I watched the rest of his show and … he’s a fucking joke,’” Ellis adds, referring to host Jesse Watters.

He proceeds to say that another Fox News host, Tucker Carlson, then “comes on and just screams.”

He goes on to suggest that the things he said on “Jesse Watters Primetime” may have been irresponsible because “there are people watching that who don’t know that I’m fucking with them.”

“I went into a place that I shouldn’t have gone to … because last night I was like: ‘Yes, the Democrats are, like, eating children beneath pizza shops,’” he says, referencing a right-wing conspiracy theory.

Ellis had appeared on the Fox News show Monday to discuss a move last week by the Boston City Council to lower the voting age to 16 in municipal elections.

“What’s next?” Ellis said to Watters during the appearance. “Soon, as you said, they’re going to be [asking] … ‘Why don’t we just form our own child militia? Seems to be working in Africa.’”

“My old friend Q might have something to say about that,” he then added, using the name of the supposed figure at the center of the QAnon movement. “I used to just go get pizza at this place. But now we go down to the basement and train.”

Watters has been known to wink at QAnon conspiracy theorists on his show, and once said they had “uncovered a lot of great stuff.” The movement baselessly claims that former President Donald Trump is secretly fighting a cabal of Democrats and Hollywood elites who traffic children for sex. Amplified by Trump himself, the movement has inspired real-world violence and is considered a domestic terror threat by the FBI.