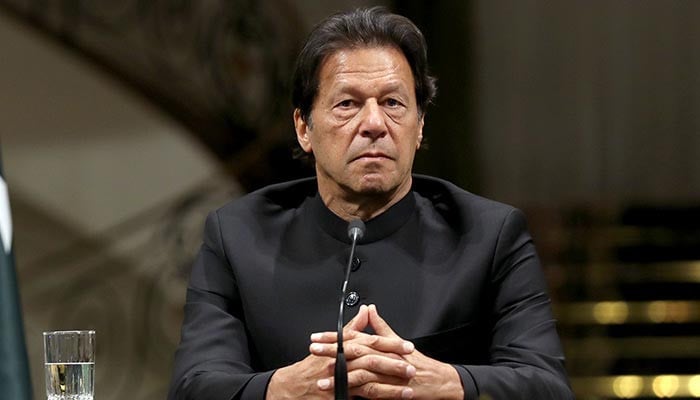 ISLAMABAD: Prime Minister Imran Khan on Thursday said his relationship with the military is â€œexemplary,â€ adding he hasnâ€™t thought about the further extension of the Army chiefâ€™s tenure as it will be decided in November 2022.

Speaking during an interview, the premier stated that the next three months are “very important” for the PTI government.

Shedding light on about the recently-held local bodies elections in Khyber Pakhtunkhwa, Imran Khan said that the “PTI has suffered because of the defeat in the polls.”

The premier was of the view that the defeat of the PTI was a major failure at the organisational level; however, he reiterated that the party’s vote bank has not decreased.

He further said that if the Opposition plans to bring a motion of no confidence against the government, â€œthey can do soâ€; adding that he does not feel threatened by “corrupt parties.â€

During the interview, the premier also mentioned that despite all the evidence against these people [Opposition], they are managing to escape accountability.

Shedding light on the soaring inflation, he said that the government needs to control inflation in the next three months.

He was of the view that together with the allies, the incumbent government will complete its five-year tenure.

Earlier today, the premier also chaired a meeting to review the Ravi Urban Development and Central Business District projects where he emphasised the need for urban development.

â€œUrban development is the top priority of our government,â€ he said while directing all relevant authorities to expedite work for speedy completion of projects.

During the meeting, he said that unused government land is being turned into valuable assets.

â€œThese projects aim at creating jobs and meeting the needs of the population,â€ he explained as he ordered the immediate removal of legal hurdles to attract investors