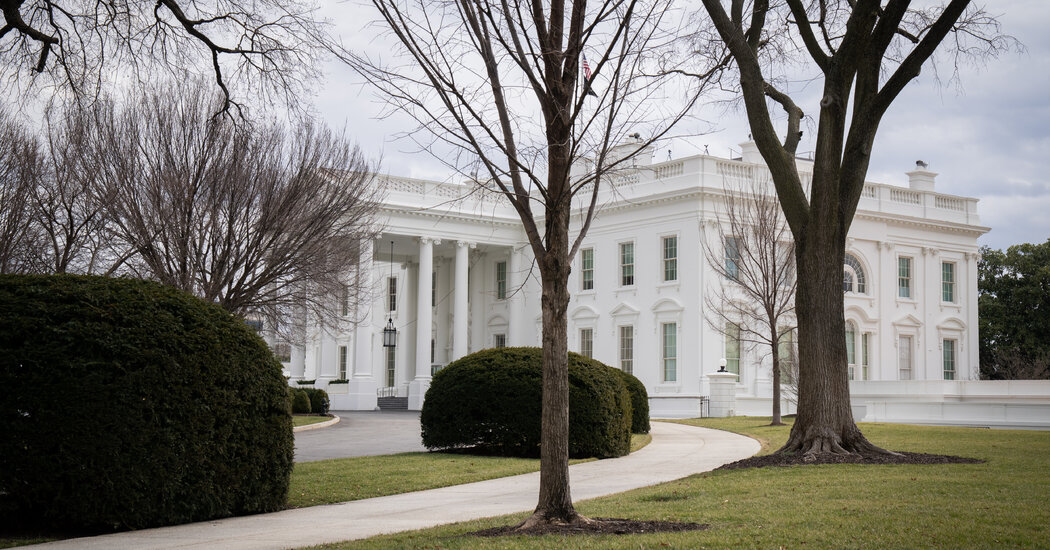 WASHINGTON â€” The cat has landed.

After keeping the nation on tenterhooks since even before taking office, the Biden White House announced on Friday that a gray cat named Willow had joined the first family, more than a year after the plucky farm feline from Pennsylvania caught the eye of the first lady, Jill Biden, while she was on the stump for her husband.

â€œWillow made quite an impression on Dr. Biden in 2020 when she jumped up on the stage and interrupted her remarks during a campaign stop,â€ said Michael LaRosa, the first ladyâ€™s spokesman. â€œSeeing their immediate bond, the owner of the farm knew that Willow belonged with Dr. Biden.â€

The catâ€™s arrival was much anticipated after Dr. Biden casually mentioned in a November 2020 interview that sheâ€™d love to have a cat in the White House, and later lightheartedly suggested that the animal was â€œwaiting in the wings.â€ To feline fans everywhere, this might as well have been a blood oath that a cat would soon be revealed.

For more than a year, Jen Psaki, the White House press secretary, was peppered with questions about the administrationâ€™s cat policy by reporters and other interested parties. She seemed aware of the stakes behind the catâ€™s public rollout.

â€œIâ€™m also wondering about the cat,â€ she said during a question-and-answer session with Twitter users last January, â€œbecause the cat is going to dominate the internet.â€

On Wednesday, Willow, a shorthair tabby with jade-green eyes, formally moved into the White House, just over a month after the Bidens revealed that they had added Commander, a German shepherd puppy, to the mix. Dr. Biden said in an interview with The New York Times this fall that the cat had been living with a foster parent who had grown attached.

â€œThe cat is still being fostered with somebody who loves the cat,â€ Dr. Biden said. â€œI donâ€™t even know whether I can get the cat back at this point.â€

Another complication, Dr. Biden said at the time, was concerns of hostility between the cat and Major, the familyâ€™s other German shepherd, who had been sent to training after a series of biting episodes in the East Wing. At the time, Mr. LaRosa described it as â€œsome additional training to help him adjust to life in the White House.â€ But last month, Major was sent to live in a quieter environment with friends of the family, Mr. LaRosa said.

A set of photos released by the White House show Willow adapting to her new surroundings, sprawling on a couch and taking in a view of the Washington Monument.

â€œWillow is settling into the White House with her favorite toys, treats and plenty of room to smell and explore,â€ Mr. LaRosa said.

The last feline to live in the White House was India, a black cat who belonged to President George W. Bush and his wife, Laura. Then there was Socks, the black-and-white resident feline of the Clinton White House. Socks, a bit of a media darling, was the protagonist of an unreleased Super Nintendo game, â€œSocks the Cat Rocks the Hill,â€ and was even photographed in the White House briefing room.

Presidential cats go back to at least the Lincoln era, when Abraham Lincolnâ€™s secretary of state, William H. Seward, gave him two cats, Tabby and Dixie. Lincoln, historians have said, once remarked that Dixie was smarter than his entire cabinet.