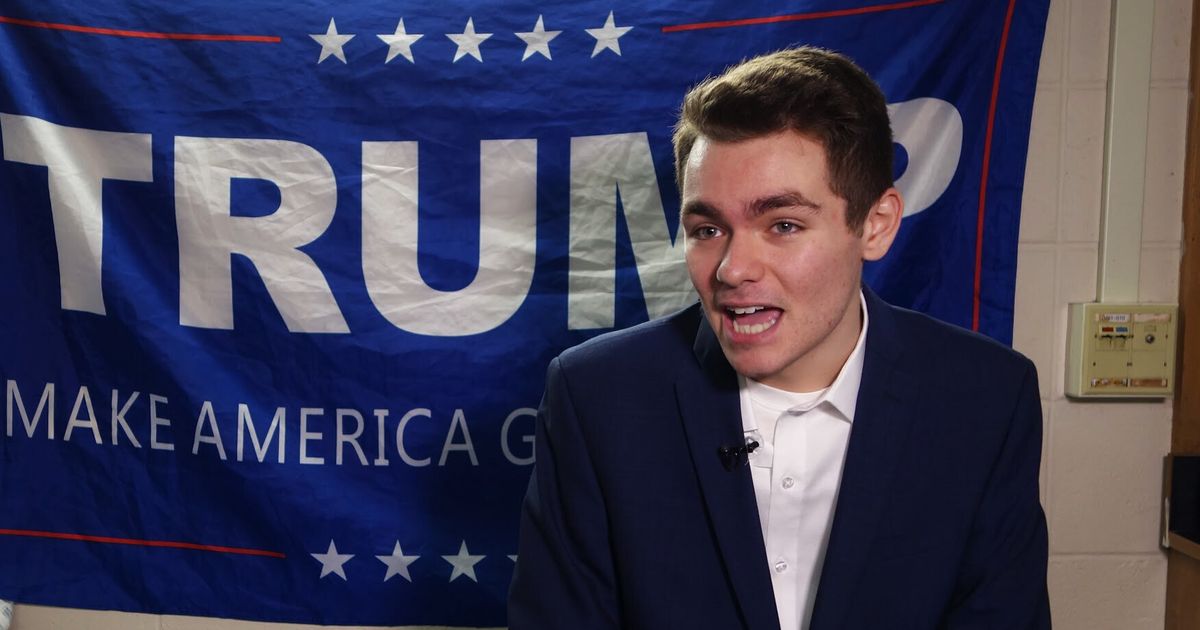 Donald Trump this week praised his dinner guest Nick Fuentes, one of the most prominent young right-wing extremists in the nation, according to a report Friday in The New York Times.

The former president reportedly announced that he liked Fuentes after hearing him describe himself as a member of Trump’s base who liked when Trump went off the cuff during speeches.

“He gets me,” Trump said of Fuentes, per the Times.

Trump’s advisers reportedly urge him to stick to the speeches as written; he occasionally sparked chaos when ad-libbing during his time as president.

Fuentes had showed up alongside Ye — the rapper formerly known as Kanye West — to meet Trump at his Mar-a-Lago golf resort in Florida on Tuesday. Sources confirmed the meeting to outlets like Axios and Politico.

Ye’s career has bounced from crisis to crisis after a series of antisemitic tirades recently got him kicked off Twitter and dropped from major corporate partnerships.

“Ye, formerly known as Kanye West, was asking me for advice concerning some of his difficulties, in particular having to do with his business,” Trump wrote Friday on Truth Social, the platform he founded after getting banned from Twitter in early 2021.

“Anyway, we got along great, he expressed no anti-Semitism, & I appreciated all of the nice things he said about me on ‘Tucker Carlson [Tonight].’ Why wouldn’t I agree to meet?” Trump wrote, referring to the Fox News program.

Fuentes, a white supremacist, has prompted outrage after cropping up alongside other prominent Republicans in the past, including Rep. Marjorie Taylor Greene from Georgia and Rep. Paul Gosar from Arizona ― both of whom later sought to distance themselves from Fuentes.

Trump also said on Truth Social that he discouraged Ye from announcing a 2024 presidential run while the two met. Trump’s own 2024 campaign is less than two weeks old.

Ye, however, announced his candidacy Thursday on Twitter with a video in which he partially described the dinner, stating that Trump had said something derogatory about Kim Kardashian, Ye’s ex-wife.

The rapper’s Twitter account had been reinstated earlier this month under the leadership of new CEO Elon Musk. It was also on the platform that Ye posted a screenshot of a text thread purportedly between himself, right-wing agitator Milo Yiannopoulos, Fuentes and another individual whose name was blurred out.

Fuentes attracted public attention during the Trump years as the founder of an extremist youth group called America First who espouses hateful views that are especially hostile to people of color, women and Jewish people. He has at various times stated that segregation was better for Black Americans and minimized the Holocaust by questioning how many people were killed, comparing them to cookies baking in an oven.

Fuentes also participated in the 2017 Unite the Right rally in Charlottesville, Virginia. Directly after the event, which left one woman dead, Fuentes praised it as “incredible,” writing on Facebook that the “rootless transnational elite knows that a tidal wave of white identity is coming.”

Scores of Republicans chastised Trump for hosting Fuentes after news of the dinner leaked. Former New Jersey Gov. Chris Christie even cast doubt on Trump’s suggestion that he wasn’t aware of Fuentes’ background.

“He can’t stand not having attention all the time,” Christie told The New York Times, speaking about Trump. “And so, having someone show up at his club — even if you believe that he didn’t know who Nick Fuentes was — and want to sit with him, feeds the hunger he feels for the attention he’s missing since he left the presidency.”