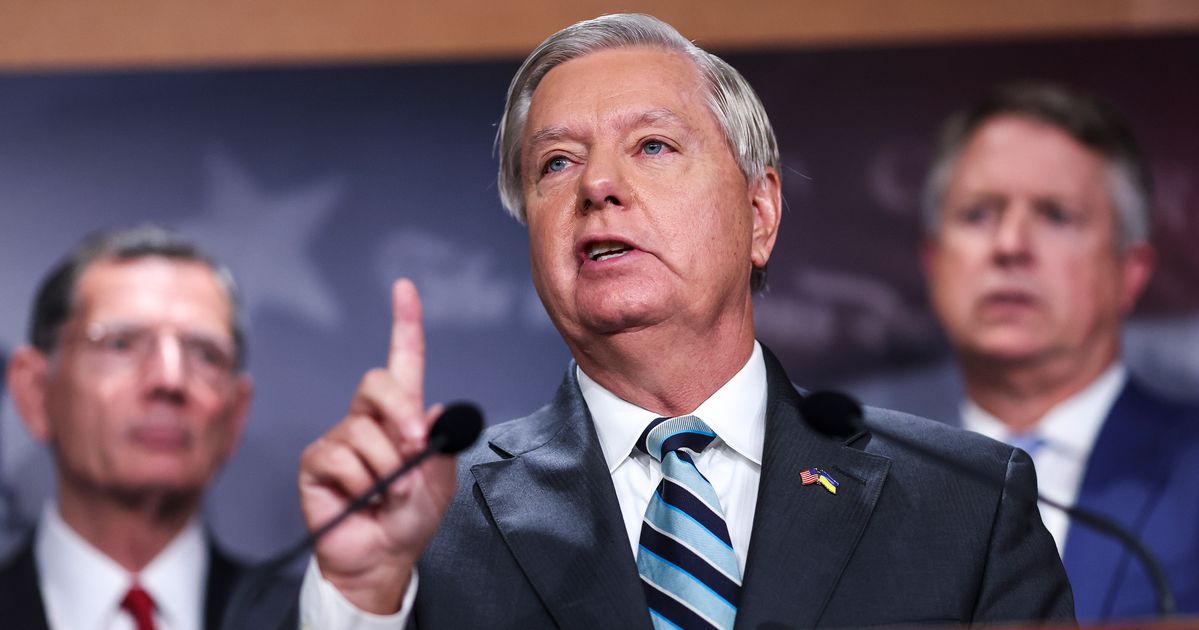 WASHINGTON ― Republicans on Tuesday introduced legislation to ban abortion nationwide after 15 weeks of a pregnancy, their next play on the hot-button issue after the Supreme Court reversed Roe v. Wade and overturned federal abortion rights.

Democrats have been warning voters that Republicans will try to ban abortion across the country if they win back control of Congress in November, and Tuesday’s announcement will likely become a major talking point for the party with Election Day less than two months away.

Graham has introduced a version of the bill in every Congress over the past decade, only with a longer 20-week limit. The bill contains exceptions for rape, incest and cases where the life of the mother is threatened.

A normal pregnancy is 40 weeks. Fifteen weeks is barely into the second trimester, in spite of the bill’s framing as a “late-term” restriction on abortion.

The measure has no chance of passing in a Democratic-controlled Senate and with a Democrat in the White House, but it does signal where Republicans might go if they regain control of both branches of government.

“Abortion is not banned in America,” Graham said Tuesday. “It’s left up to elected officials to define the issue. You have states and the ability to do it at the state level. And we have the ability in Washington to speak on this issue if we choose. I have chosen to speak.”

Most abortions are now illegal or heavily restricted in at least 12 states, with more states expected to follow. Some have banned abortion outright, while others have restricted abortions to six weeks or 15 weeks. Graham’s bill would allow states to keep more restrictive laws on the books.

After the Supreme Court revoked a constitutional right to abortion in June, many Republicans sought to downplay the matter by insisting they simply believed the issue should be left up to the states. Graham was one of them.

“Today’s decision by the Supreme Court is a long overdue constitutional correction allowing for elected officials in the states to decide issues of life,” Graham tweeted after the Supreme Court ruling on abortion.

Last month, Graham reiterated his position, saying that both same-sex marriage and abortion should both be left up to the states.

“I’ve been consistent. I think states should decide … the issue of abortion,” Graham said in an interview on CNN’s “State of the Union.”

Asked Tuesday about his reversal on the matter, Graham said that Democratic legislation to codify abortion rights prompted him to introduce his bill. But the Democratic proposal, titled the Women’s Health Protection Act, was introduced in Congress last year, long before the Supreme Court ruling on abortion rights.

Democrats this week accused Graham, and other Republicans who echoed the states’ rights claims following the Supreme Court decision on abortion, of lying.

“For the hard right, this has never been about states’ rights,” Senate Majority Leader Chuck Schumer (D-N.Y.) said in a floor speech on Tuesday. “This has always been about making abortion illegal.”

President Joe Biden also warned of the consequences if Republicans retake control of Congress. The GOP is favored to win the House in November’s midterm elections, and they stand a good chance of retaking the Senate, too.

“If we lose this off-year election, you’re going to have an effort to codify the Supreme Court decision” on restricting abortion, Biden said at a fundraiser in Boston on Monday.

“If they do that, as long as I’m president, I would veto that,” Biden said. “But we want to codify Roe. That’s a gigantic issue.”