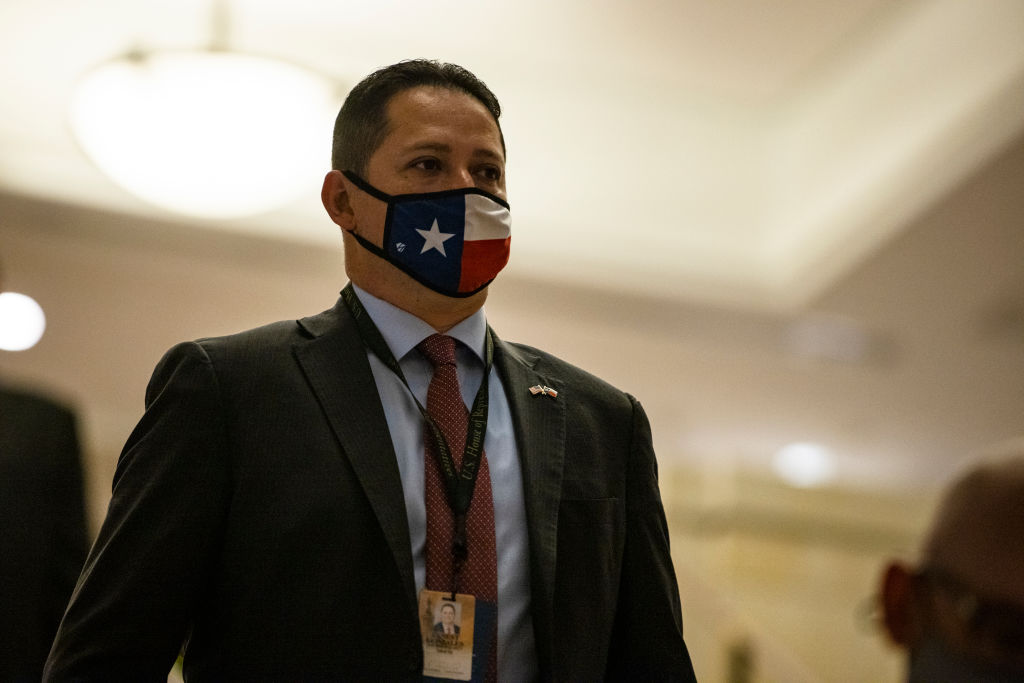 A bill put forward by Republican Representative Chip Roy of Texas that proposed changing how asylum claims are handled is raising concerns among other Republicans, who fear that their party could lose new hard-won support from Hispanic voters by going too far on immigration.

The bill, which proposed barring all undocumented immigrants from entering the country, was seen as an attack on an asylum process that has been a hallmark of American immigration policy for 75 years.

Republican Representative Tony Gonzales of Texas, the lawmaker who represents the largest stretch of the U.S.-Mexico border, took to Fox News last week to argue against it.

“About a year ago, there were these three little girls that the cartels abandoned on one of these fields outside of Eagle Pass,” he explained. “If this bill were to become law, what do you do with those little girls? Do you just throw them over the other side of the fence? I don’t think that’s the American way.”

Although in its current form the bill is dead, more immigration bills are sure to follow, after Speaker Kevin McCarthy made a pledge to recalcitrant members to bring a border security bill to the floor in exchange for their votes to make him Speaker of the House.

Some longtime Republicans and Latino campaign experts who have helped bring Hispanic voters into the Republican fold fear that although efforts to undo asylum protections might play well to a portion of the conservative base, they also could erode the party’s gains in the Latino community.

“The language was way too broad and could have resulted in the asylum system being shut down,” Abraham Enriquez, the founder of Bienvenido US and a speaker at CPAC Texas, told Newsweek. “Republicans are making gains with Latino voters. Now is not the time for a bill that shuts down the asylum system.”

A Los Angeles Times poll in December found that 62% of Hispanics support continuing asylum, 17% oppose it, and 21% aren’t sure.

Bienvenido US did electoral work on behalf of candidates in Texas, Arizona, Georgia and Florida to the tune of nearly $2 million during the 2022 election.

Enriquez said Republicans must understand that the media narrative goes beyond the Fox News echo chamber, and includes the influence of Spanish-language TV network giants.

“Hispanics do favor an all-of-the-above approach on immigration, which means they’re pro-border security and pro-immigrant, not anti-immigrant asking for an anti-asylum bill,” he said. “It would lead to Telemundo and Univision saying Republicans were pushing an anti-asylum bill.”

“The notion that you can keep doubling and tripling down on senseless immigration policies, and Latinos are OK with hating immigrants?” he asked rhetorically. “I don’t think it’s going to pay the rewards some delusional people think it will.”

These Republicans noted that Bush also had a high-water mark with Hispanics in 2004, one that the party erased with the rise of right-wing voices on immigration like Tom Tancredo, who once advocated for abolishing both the Congressional Black Caucus and the Congressional Hispanic Caucus, and ran for governor of Colorado unsuccessfully three times from 2010 to 2018.

But Bryan Lanza, a former Trump campaign and transition team official, told Newsweek that “nobody’s rhetoric with respect to immigration was harsher than Donald Trump,” and he still made gains with Hispanics.

“I don’t know if I buy [that] Stephen Miller and Tancredo messaging sinks us with the community,” he said, noting that under Trump immigration became about jobs, which was more of a winning message. “It became an economic message instead of a social message.”

Still, Republicans who oppose the gambit to chop away at asylum in the U.S. believe House Republican bills like Roy’s will not limit illegal immigration, but actually increase it, because migrants who truly fear for their lives will make the trek to the United States anyway.

Enriquez said his views are informed by spending a lot of time in Mexico and having the opportunity to see families making their way to the border.

“When someone is fleeing legitimate persecution and legitimately needs asylum they will figure out a way to make it across our border,” he added. “These bills will increase the illegal crossings of families looking for asylum and figuring out another way to get into America.”

It’s not just fellow Republicans who are watching what the House majority does.

The suit follows a move announced in December that would allow 360,000 people a year from Venezuela, Cuba, Haiti, and Nicaragua to immigrate if they apply for the program from their home countries, pass background checks, and give proof of financial support in the United States.

“Based on what we’ve seen from last year to this year, Republicans are intent on ending migration in all its forms, even legal migration,” Cardenas said, “which shows us how much the extremists have taken ahold of the GOP.”

Cardenas leveled a charge against Republicans on immigration that they have long aimed at Democrats, arguing that their party is not interested in solutions on the issue, only in castigating Democrats.

“They’re using migration as a strategy to agitate their base,” she said.