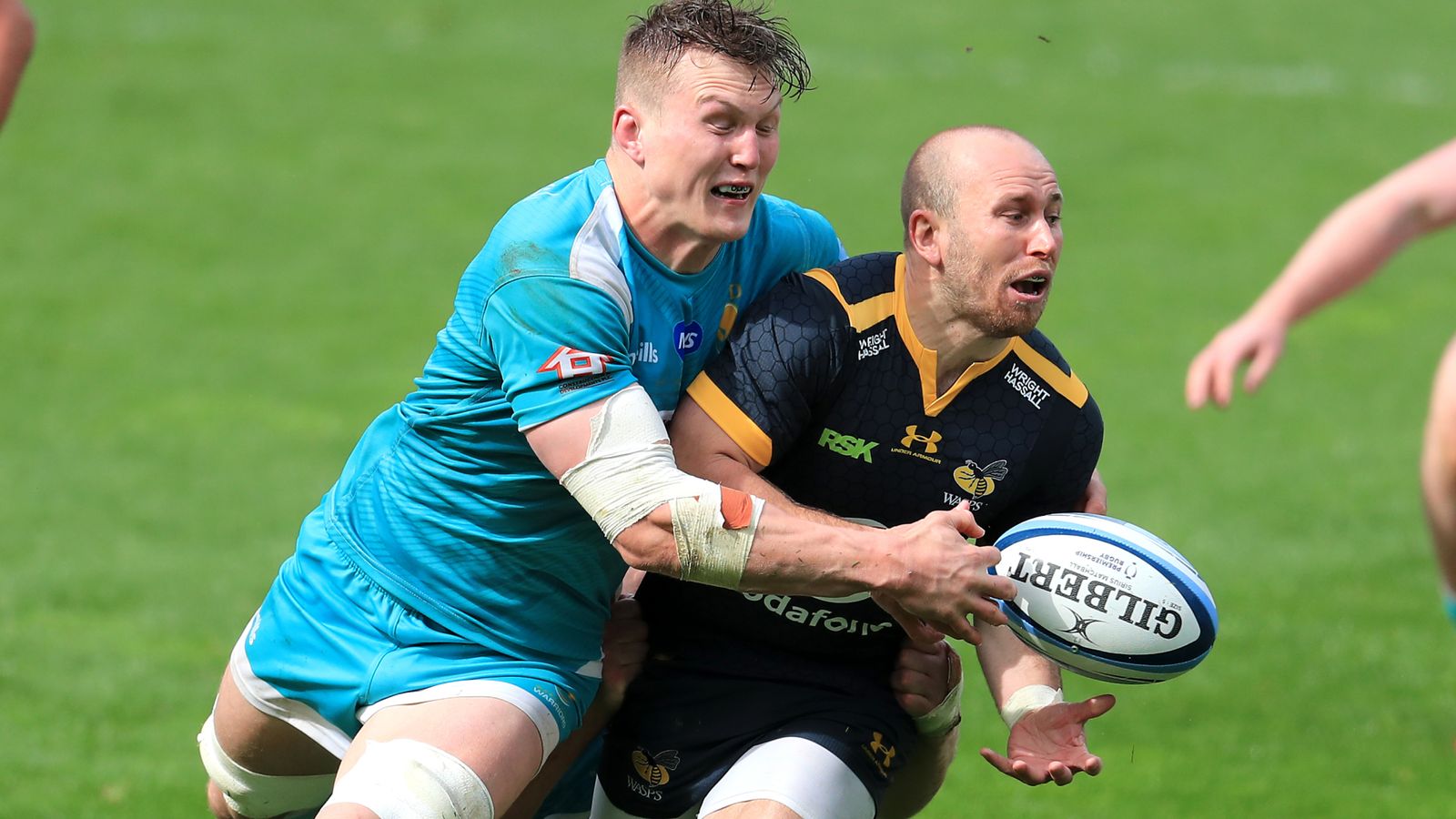 Officials from the RFU and Premiership Rugby are set to appear before the Digital, Culture, Media and Sport committee next month, to answer questions on the problems facing Wasps and Worcester Warriors, and the wider sustainability of the game

The RFU and Gallagher Premiership will face a parliamentary committee next month to address the sport’s financial crisis.

Wasps joined Worcester Warriors in administration on Monday, making 167 members of staff, including players and coaches, redundant. Both clubs had already been suspended from the Gallagher Premiership, which now contains 11 teams after kicking off the 2022/23 season with 13.

Officials from the Rugby Football Union and Premiership Rugby are now set to appear before the Digital, Culture, Media and Sport (DCMS) committee next month, to answer questions on the problems facing those clubs and the wider sustainability of the game. A precise date is still to be confirmed.

“The fact that two of the country’s top clubs have now suffered the fate of falling into administration raises serious concerns about the future of the sport and its financial viability,” DCMS committee chair Julian Knight said.

“The RFU and Premiership Rugby have acknowledged the need to set a more sustainable path for club rugby.

“We will be pressing them to ensure they are putting the foundations in place to guarantee the health of the sport from the top level right down to the grassroots.”

Wasps were hit by by a winding-up order from HM Revenue and Customs for £2m in unpaid tax, and they also faced having to repay a £35m bond which had helped finance the club’s relocation to Coventry during 2014.

Wasps CEO Stephen Vaughan confirms the club are in dialogue with the RFU over their potential relegation from the Premiership after entering administration while head coach Lee Blackett and caretaker Sam Saunders reflect on the mood at the club.

Wasps CEO Stephen Vaughan confirms the club are in dialogue with the RFU over their potential relegation from the Premiership after entering administration while head coach Lee Blackett and caretaker Sam Saunders reflect on the mood at the club.

They were also crowned European champions twice, in addition to achieving one European Challenge Cup triumph, and have fielded some of England’s most well-known players during rugby union’s professional era.

The RFU’s chief executive Bill Sweeney says the governing body supports a move to a 10-team Premiership from the 2024-25 season onwards to try and avoid the current overlap between domestic and international matches.

“I do see it as viable for a number of reasons, and we’ve been saying for quite some time now that less is more,” Sweeney said when asked if a reduced, 10-team Premiership could be an answer.

2003 Rugby World Cup winner Will Greenwood describes Wasps’ administration as ‘enormously worrying’ and highlights whether high wage caps might be a reason for many clubs’ financial problems.

2003 Rugby World Cup winner Will Greenwood describes Wasps’ administration as ‘enormously worrying’ and highlights whether high wage caps might be a reason for many clubs’ financial problems.

“I don’t know if 10 is the absolute number but that’s the one being used now, but in that and the central distribution around broadcast and commercial revenues, clearly there’s a financial benefit for less teams in that league.

“Clearly one of the major issues we’ve got to grapple with is the calendar and one of the things that’s held us back in England is the overlap between the international game and the club game.

“So, a reduction in the size of PRL (Premiership Rugby Limited) will help us with that.”

Former Wasps head coach Lee Blackett revealed the impact Tuesday’s news of the club going into administration and 167 staff being made redundant had on the squad and the non-playing staff.

Former Wasps hooker Phil Greening says the players will be devastated with the news of the club entering administration with some players searching for jobs already.

Former Wasps hooker Phil Greening says the players will be devastated with the news of the club entering administration with some players searching for jobs already.

“I’m just sad,” Blackett said, speaking outside the club’s training ground. “I think if you look at the players I’ve just seen through there, staff upset, it’s sickening

“There’s things probably ongoing [regarding a takeover]. Hopefully, it’s at some point, but there’s players and staff that wanted to play Premiership Rugby this year and unless something happens very quickly I just cannot see how that’s going to actually happen.

“I’m extremely sad because the people in this environment care massively about those guys and seeing them where they are is devastating. It’s more extreme than that – it’s so sad. We worked so hard as a group to get together. There are staff and players who have been here for a long time so to have this day, where this group have split up, it’s really sad.

“I’ve got to take a little bit of time to digest this over the next few days and see if there’s any positive news that comes out the other side. You realise it’s not just the players and staff here, there’s massive families behind them and my thoughts are with everyone.”

England head coach Eddie Jones says the news of Wasps entering administration is ‘distressing’ to the players and that Jack Willis will get the support he needs coming into the England squad.

England head coach Eddie Jones says the news of Wasps entering administration is ‘distressing’ to the players and that Jack Willis will get the support he needs coming into the England squad.

Wasps CEO Stephen Vaughan confirmed the club remain in dialogue with the RFU and Premiership Rugby, and offered hope of an announcement regarding a possible takeover at some point this week.

“Hard to say [how close a takeover is],” Vaughan said. “People are aware that we’ve been on the market for a long time now, so it’s not like this is a surprise to anybody.

“We are in genuine dialogue with people, we’ve got more conversations happening tomorrow and the day after, and we really hope we can get the right people involved.

“If it’s going to happen we imagine there will be a decision and announcement in the next three or four days.”