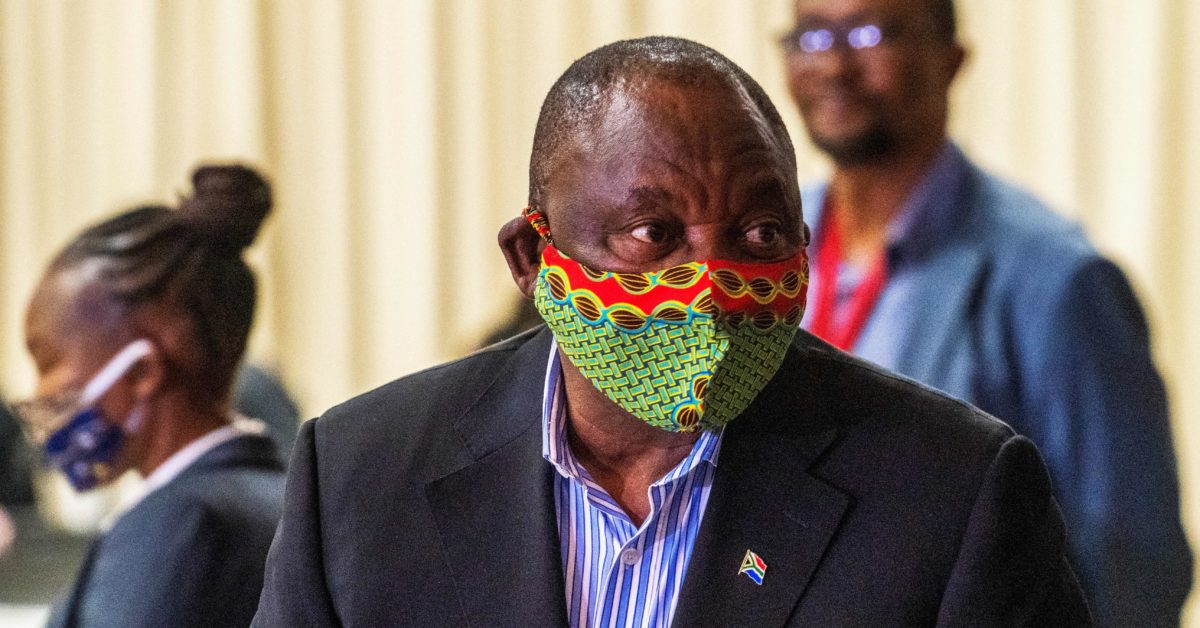 As the EU and the United Kingdom engage in frantic negotiations to ensure there are no reductions to their coronavirus vaccine supply, less wealthy countries are crying foul.

South African President Cyril Ramaphosa on Tuesday called for rich countries that have secured â€œup to four times what their population needsâ€ to release excess doses.

â€œ[Buying up those doses] was aimed at hoarding these vaccines,â€ Ramaphosa told the World Economic Forum’s virtual Davos Agenda event. â€œThis is being done to the exclusion of other countries in the world that most need this.â€

Together, the EU and U.K. have distributed over 15 million vaccine doses, while South Africa has yet to administer any. COVAX, the mechanism meant to ensure equitable access to vaccines, is only set to begin distribution in February â€” two months after Britain started to vaccinate.Â

Despite already rolling out large quantities of vaccines, Europeans are worried about supply. The EU is planning tight controls on vaccine exports as it faces reduced deliveries of the Oxford/AstraZeneca vaccine. The British are not expected to face similar delays, but there are concerns shipments of the BioNTech/Pfizer vaccine, which is transported from Belgium, could be held up by the new export controls.Â

â€œProtectionism is not the right approach in the middle of a pandemic,â€ U.K. Health Secretary Matt Hancock said Tuesday, in response to a question on the EU export restrictions at an event organised by the Chatham House think tank.

However, the U.K. is among rich countries facing accusations of protectionism.

Wealthy countries are disagreeing over â€œwho gets how much, while the rest of the world looks on,â€ Byanyima added.Â

She identified two possible tools to solve the problem: the WHOâ€™s COVID-19 Technology Access Pool (C-TAP) mechanism and the proposal at the World Trade Organization from South Africa and India to temporarily waive some Intelectual Property rights for coronavirus-related medical products, including vaccines and treatments. Neither the EU nor the U.K. have expressed support for C-TAP and both strongly oppose an IP waiver.Â

Responding to Byanyimaâ€™s remarks, Hancock sought to defend governmentsâ€™ rights to protect their populations. â€œIt’s of course understandable that countries will seek to ensure that their own citizens can get vaccinated, after all, that is their primary job,â€ he said.Â

Hancock said he hoped to work together with Byanyima to â€œopen up the supply right across the board.” An increase in overall supply could eventually solve the problem, he added.

The EU has already set out its plan to distribute excess vaccine doses, but has yet to decide if it will go through COVAX or directly to countries of its choosing. It is also not clear if surplus vaccines will be distributed once EU countries vaccinate their entire populations, or if they will follow Norway in promising to donate doses during the early phases of vaccination.