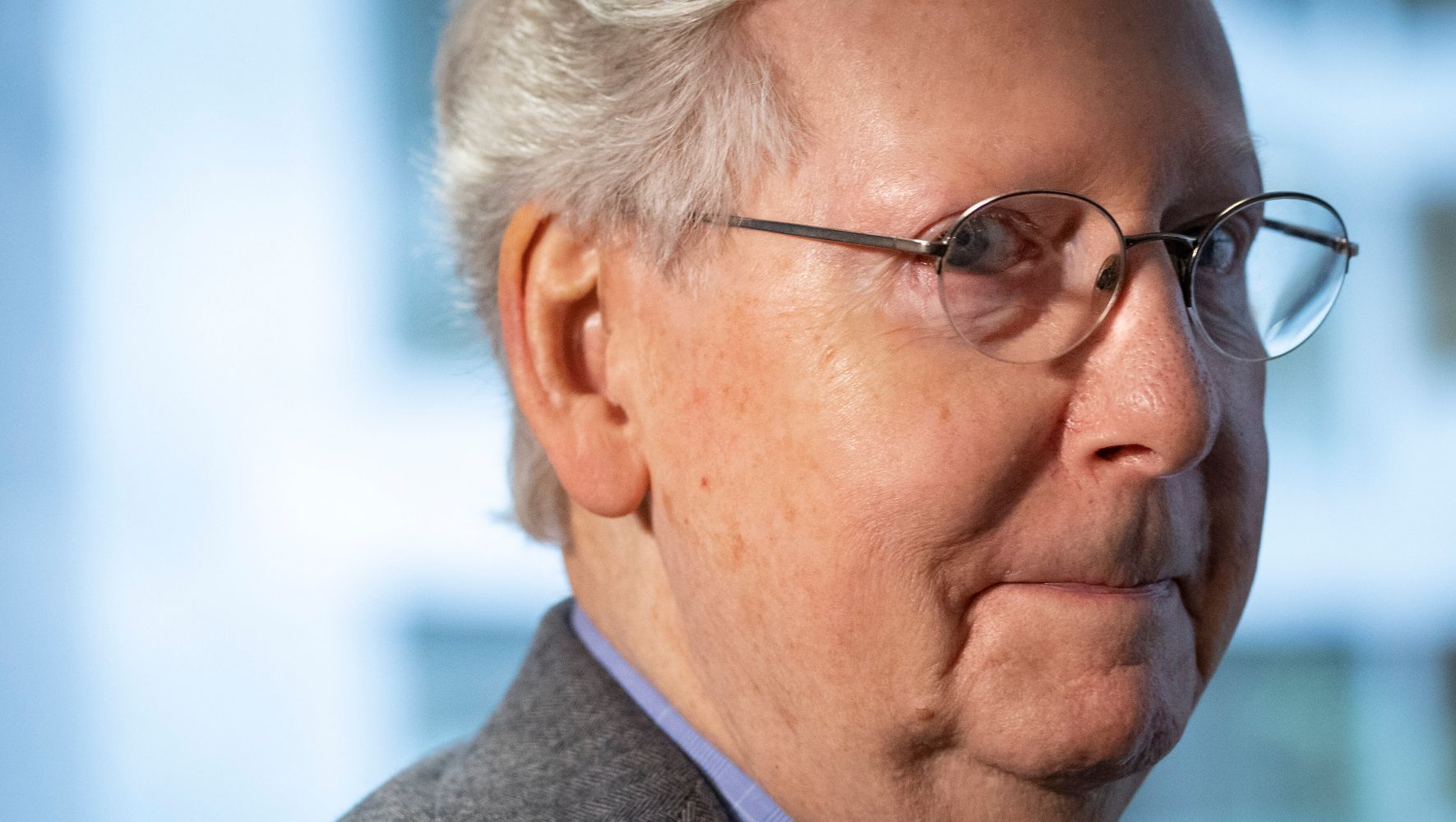 The never-Trumper RepublicanÂ Lincoln Project has set its sights in a scathing new ad on Senate Majority Leader â€œRich Mitchâ€ McConnellÂ of Kentucky, contrasting the plush life heâ€™s forged for himself while in office withÂ his stateâ€™s poor in various social metrics.

The 60-second spot features several shots of the Republicanâ€™s signature cat-who-swallowed-the-canary smile while noting that heâ€™s made tens of millions of dollars since first winning his Senate seat in 1984, when he â€œdidnâ€™t have much money,â€Â says the narrator in a folksy Southern drawl.

McConnell, seeking his seventh term in November, has â€œspent most of his time making deals for himself â€” not so much for Kentucky,â€ the spot says.

Kentucky ranks 40th in job opportunity in the nation, 45th in education, and 43rd in health care, the ad says. â€œAfter 35 years, Kentuckians are still waitinâ€™ for the kind of opportunities Mitch worked so hard to give himself,â€ the narrator concludes.

The political action committee for the Lincoln Project, a group comprised of several prominent GOP figures who adamantly oppose President Donald Trump, intends to spend more thanÂ $300,000 this week to run the spot on TV and in digital ads in Kentucky, reports The Louisville Courrier Journal.

McConnell was picked as a Lincoln Project target in part because of his actions to stymy Trumpâ€™s impeachment trial stemming from the presidentâ€™s pressure on Ukraine to launch an investigation into political rival Joe Biden, said attorney and group co-founder George Conway.

â€œWhen he fixed the impeachment trial by blocking evidence of Trumpâ€™s high crimes and misdemeanors, McConnell violated and abased the solemn oaths he took as a United States Senator,â€ Conway, whoâ€™s married to White House counselor Kellyanne Conway, said in a statement. â€œAdd in the fact that, as our ad shows, heâ€™s managed to do much better for himself than for the people of Kentucky, and it becomes a no-brainer: McConnell has to go.â€

McConnellâ€™s campaign dismissed the ad and the Lincoln Project as ineffective.Â

â€œNo scam PAC of grifters has ever been less relevant and no group of D.C. consultants will be forgotten faster than these thieves who bet everything on three days of dishonest ads in Kentucky,â€ the campaign said in a statement.

The ad was trending on Twitter just hours after its release. The Lincoln Project focus on video ads has resulted in major circulation on social media. Its recent â€œMourning In Americaâ€ and â€œTrump Will Lieâ€ ( people will die) videos about the COVID-19 crisis scored significant traffic.

Trump was so incensed by the â€œMourningâ€ video that he tweeted about it, calling the Lincoln Project founders â€œlosers.â€ That, in turn, brightened the spotlight on the ad.

McConnell, 78, remains favored to win reelection, though he may face a competitive race from the likely Democratic Senate nominee, former Marine combat pilot Amy McGrath, 44. The primary to pick McConnellâ€™s Democratic challenger is scheduled for June 23.

Check out the Lincoln Project ad up top.