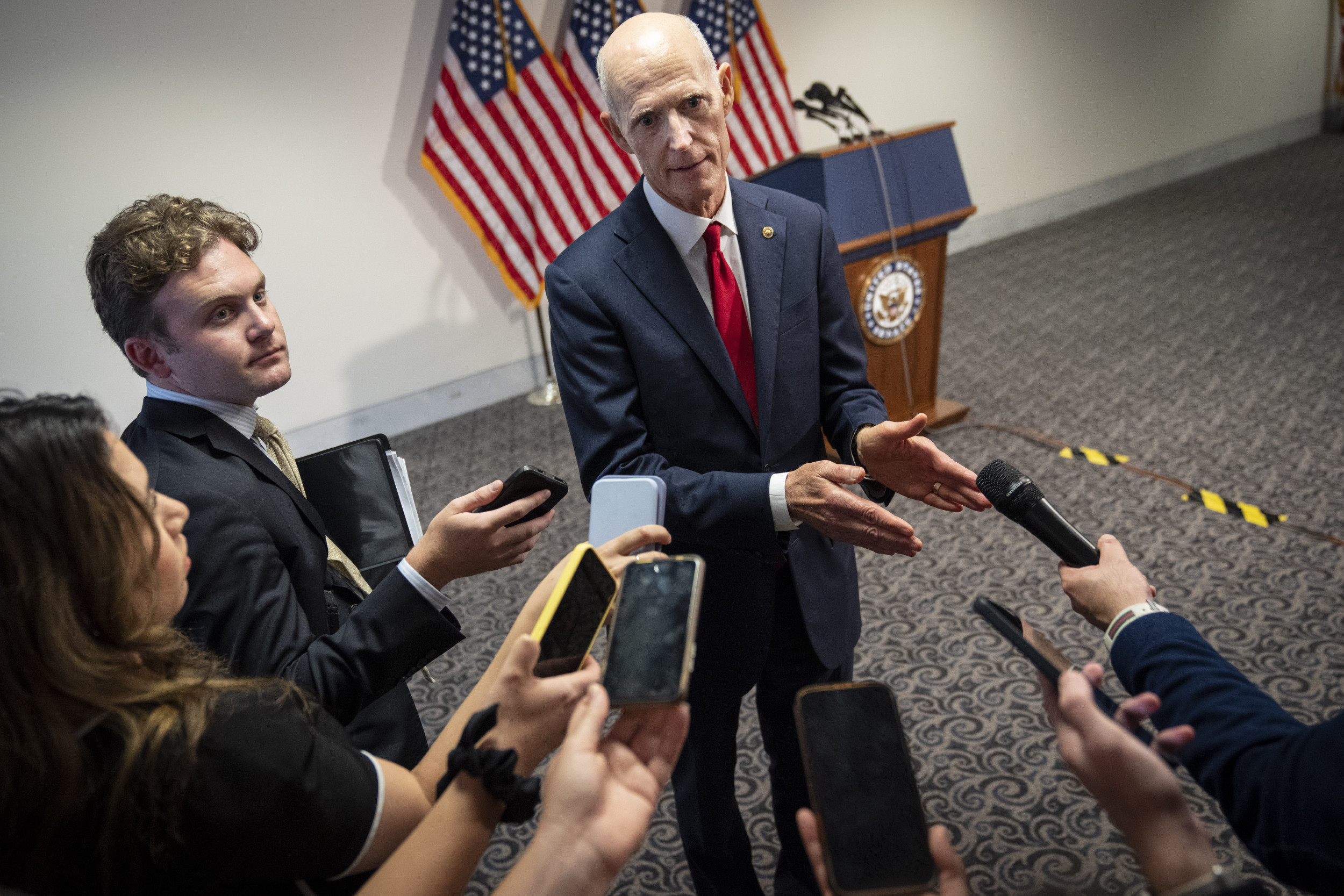 One of the leaders of GOP efforts to regain control the U.S. Senate said he believes the swing states of Nevada and Georgia are likely to make the difference as the party ramps up spending entering the final stretch of the 2022 midterm election season.

In the coming weeks, both parties have combined to spend millions more in Senate races there than in any other battleground states, according to AdImpact data. Reserved advertising buys in the campaign’s closing weeks are outpacing spending even in the media blitzes exhibited in the highly contentious Pennsylvania campaign between Republican Mehmet Oz and Democrat John Fetterman.

And Republicans intend to win. According to AdImpact data, the GOP outspent Democrats by nearly $5 million in those races through September. Meanwhile, GOP-aligned special interest groups like the Club For Growth have pumped their own millions into the Nevada Senate race, where Republicans have rapidly closed the polling gap between Adam Laxalt and once-favored Democratic incumbent Catherine Cortez Masto in recent weeks.

“If you look at the polls, Nevada and Georgia are the two logical ones” in which Republicans stand to pick up seats, Florida Senator Rick Scott, who heads the National Republican Senatorial Committee (NRSC), told Politico on Thursday.

Nevada—once seen as a Democratic-trending “purple” state—was always seen as competitive, with Cortez Masto never leading Laxalt by more than a few points since polling began in earnest at summer’s start. But as spending has ramped up, the daylight between the two appears to be diminishing.

According to FiveThirtyEight, the race is essentially neck-and-neck entering October, while even left-leaning pollsters like Data for Progress show Laxalt with a razor-thin advantage among likely voters.

And while polling shows high favorable ratings for Democratic incumbent Rafael Warnock in Georgia, nearly every poll shows him in a virtual tie with Republican Herschel Walker, even though a recent poll by Fox News showed higher enthusiasm among Warnock voters.

But Republicans have sought to close that enthusiasm gap. Chris Hartline, a spokesperson for the NRSC, told Newsweek that while Democrats have a slight spending advantage in advertising reservations in both states, the GOP plans to add more money to both in the coming weeks.

In Pennsylvania—where the GOP outspent Democrats by an estimated $3 million in the last three weeks—Oz has substantially closed the gap against Fetterman, and now trails by 6 points.

Democrats appear to be shifting the brunt of their support there, with scheduled ad buys in the closing weeks outpacing Republicans by roughly $12 million, according to AdImpact data. However, Hartline said the Oz campaign is likely to spend more money in the coming weeks.

As things stand, those races are likely to remain the most competitive. Senate races once thought to be competitive in New Hampshire and Arizona—both for seats currently held by Democrats—have begun clearly shifting in the incumbents’ favor.