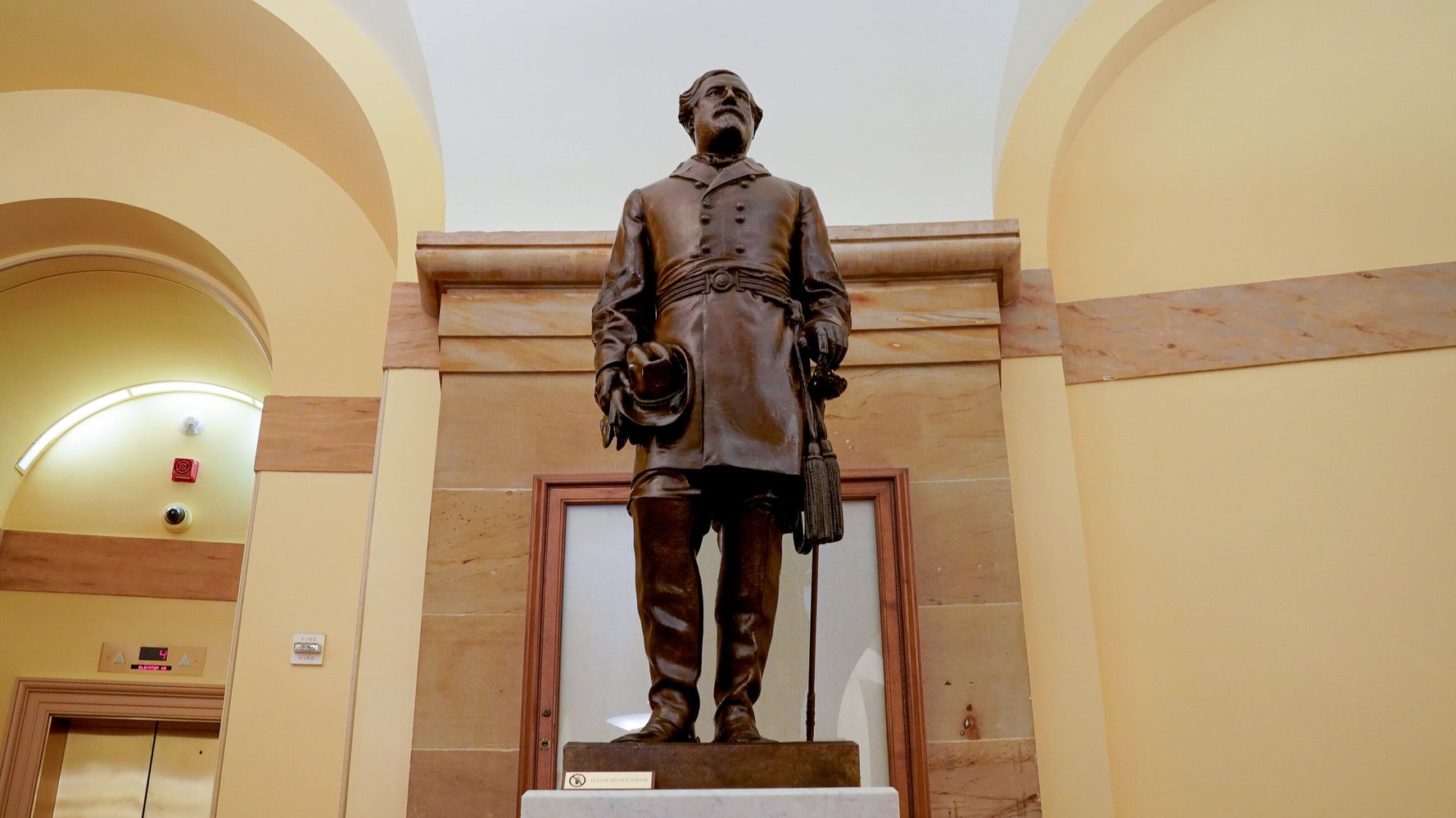 The monument of the general who fought to maintain slavery had been part of the National Statuary Hall Collection in the Capitol since 1909. The statue, along with one of George Washington, represented the state of Virginia in the collection; every state gets two statues.Â

In July, the Commission for Historical Statues in the United States Capitol â€• an eight-member commission tasked with deciding whether to recommend the removal of Leeâ€™s statue from the Capitol â€• unanimously voted to have the monument removed.Â

Virginia Gov. Ralph Northam (D), who had testified before the commission in favor of the removal, called the moment an â€œimportant step forward for our Commonwealth and our countryâ€ in a statement on Monday.Â

â€œThe Confederacy is a symbol of Virginiaâ€™s racist and divisive history, and it is past time we tell our story with images of perseverance, diversity, and inclusion,â€ he said.Â

This is an important step forwardâ€”it is past time we tell our story with images of perseverance, diversity, and inclusion. pic.twitter.com/zyR99ukiIz

The governorâ€™s office noted that Virginia Democrats Sen. Tim Kaine and Rep. Jennifer Wexton were present for the removal, which happened in the wee hours of Monday morning.Â

Rep. A. Donald McEachin (D-Va.), who had joined Wexton in calling for the statuesâ€™s removal last year, was among a number of politicians who tweeted about the moment on Monday, writing that the statue had honored â€œa legacy of division, oppression & racism.â€

Earlier this month, the eight-member commissionÂ voted to replace Leeâ€™s statue with one of Barbara Johns, a Black civil rights icon who at age 16 led an all-Black student walkout to protest school segregation in 1951.

Johnsâ€™ organizing and ultimate court case later became one of the five cases reviewed in the landmark Brown v. Board of Education.Â

The statue of Johns must be approved by the stateâ€™s General Assembly, Northamâ€™s office said. Johns would be the only teenager represented in the National Statuary Hall Collection at the Capitol.Â

â€œI look forward to seeing a trailblazing young woman of color represent Virginia in the U.S. Capitol, where visitors will learn about Barbara Johnsâ€™ contributions to America and be empowered to create positive change in their communities just like she did,â€ Northam said elsewhere in his statement.Â

The Democratic governorâ€™s pledge to have another controversial statue of Lee removed on Richmondâ€™s historic Monument Avenue, has faced legal challenges since he announced his intention in June.Â

That monument served as a focal point for gatherings over the summer where people protested white supremacy and police brutality in the weeks following the police killing of George Floyd in May.

In July, a hologram of Floyd was projected in front of the statue of Lee before a large crowd, which included some of Floydâ€™s family members.

Anti-racism protests have sparked the removal or renaming of more than 100 Confederate symbols since Floydâ€™s death.Â

The Virginia Museum of History & Culture has accepted ownership of the statue of Lee that was removed from the Capitol.Â