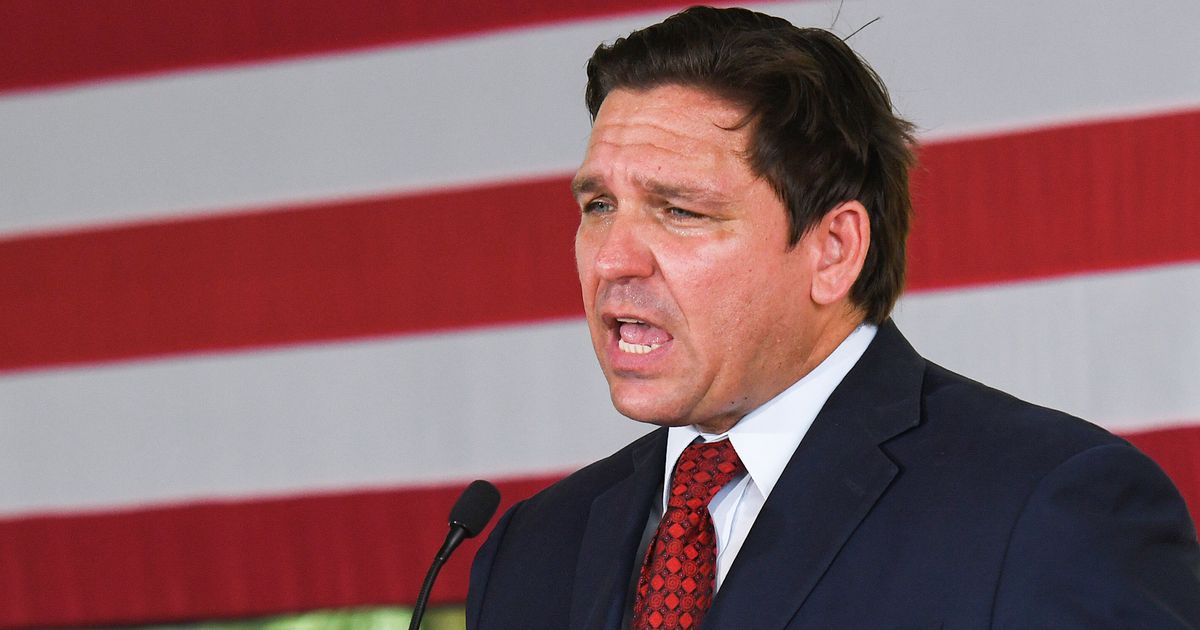 Last month, Gov. Ron DeSantis (R-Fla.), who has transformed himself into a Donald Trump wanna-be and is widely considered a 2024 presidential contender, took the unprecedented step of endorsing school board candidates in dozens of different districts across the state. Of the 29 candidates he vouched for, 25 of them were successful or headed to run-offs — even in blue counties.

DeSantis’ decision to influence the outcome of nonpartisan races in Florida’s primary is all a part of his self-described “education agenda.”

While he’s counting on making public education a cornerstone in his reelection campaign against Democrat Charlie Crist, his agenda is clearly less about classroom learning or teacher pay, and more about remaking the schools into a haven for right-wing extremists.

Of the more than two dozen school board candidates endorsed by DeSantis, many have winners tapped into the perpetually aggrieved white voter that flourished during the Trump years and solidified itself as the Republican Party’s leading ideology.

“This governor has made it very clear that his intent is to push a certain ideology into our schools,” said Andrew Spar, president of the Florida Education Association.

And DeSantis isn’t hiding it. “Florida’s school boards need members who will defend our students and stand up for parental rights and will ensure Florida’s children are protected from woke ideology in their classrooms,” DeSantis said at a campaign event last month. “I am proud to stand by each of them.”

In Manatee County, in Central Florida, substitute teacher Richard Tatem ousted an incumbent for the district 5 seat. His campaign website reads like a checklist of right-wing talking points. Tatem is for parental rights, parental involvement and protecting girl sports ― a reference to banning transgender kids from playing sports at school.

And what’s the newly-elected school board member against? Critical race theory, age-inappropriate material and masks. “Masks destroyed the classroom environment by making it a power struggle between students and staff,” the website read.

Then there’s Megan Wright in Brevard County who is also against critical race theory and for parental rights. “This theory has no place in our K-12 education system. To focus on one race as an oppressor and one race as an oppressed, takes us backwards and not forward. We live in the greatest country in the world,” her website said.

Critical race theory is a college-level academic course. But ever since the racial justice protest after the murder of George Floyd in 2020, conservatives have convinced themselves that not only is it being taught in public schools to children, it’s also a theory that says white people should feel inferior because of their race.

Broward County is located in the Miami metropolitan area and is home to Fort Lauderdale. The majority non-white county is heavily Democratic. DeSantis’ picks are all Republicans who have vowed to make as much change as possible in their short terms.

Getting involved in the school board races is just the latest in DeSantis’ education crusade. He’s also signed censorship laws and supported conservatives who vilify teachers, all under the guise of “parental rights” and the pretense of making schools less divisive. “DeSantis is saying there shouldn’t be politics in schools while infusing politics in schools,” Spar said.

Florida has made headlines for passing a series of bills intended to squash discussion in the classroom, silence teachers and ban books. The Stop WOKE Act prohibits discussion about race and gender that could make anyone feel uncomfortable. “It is the worst educational gag order that’s become law,” Jeremy Young, the senior manager of free expression and education at PEN America said. In August, a federal judge temporarily blocked the law.

There’s also the so-called “Don’t Say Gay” bill that restricts what teachers can say about gender or sexual orientation, and a law that makes it much easier to ban books from Florida classrooms. “All of that legislation is based on a false narrative the governor wants to promote,” Spar said.

These laws will have dire consequences not only for teachers but for students as well. “Students will lose access to books about people who look like them or may be different from them,” Young said. “They’ll lose access to the ability to discuss complex issues. It’s ultimately an attack on teachers and an attack on education.”

DeSantis’ school board strategy is pretty much unheard of in Florida ― and is concerning to Democrats.

“To my knowledge, we’ve not seen a governor travel the state and hold rallies for local races other than for the state legislature,” Andrea Messina, the CEO of the Florida School Boards Association said. “I’ve not seen that level of involvement and engagement from the executive office until this year.”

Others are worried it could become a trend.

“I would hope in the future that we don’t see governors interfering in local school board elections and using them for culture wars ― but that’s what’s happening right now,” Robin Taub Williams, the president of the Democratic Public Education Caucus of Manasota said.

Shortly after the primaries, a Florida grand jury found “widespread wrongdoing” in the Broward County school board for its handling of the 2018 Parkland mass shooting which killed 14 students and 3 teachers. Laurie Rich Levinson, who was chairperson until her suspension, pointed out that she’d been duly elected, even after the massacre. “All four board members were elected by the people multiple times, including post tragedy,” she said in a statement. “My heart will always go out to all the families and community.”

But, in response to the grand jury report, DeSantis removed four board members and replaced them with hand-picked appointees to finish out the term which lasts until the November election.

“What Governor DeSantis did is un-American and undemocratic,” Levinson said. “He doesn’t care about democracy and overturned the will of the voters.”

This is all happening against the backdrop of a teacher shortage caused by low pay and the politicization of schools. For better or for worse, this election is truly about education.

“We’re facing a critical time in public education,” Spar said. “And it’s my hope that voters in Florida vote to reject the attempt to disrupt public education and vilify our teachers.”

Polls currently show DeSantis leading Crist by as many as 8 points.