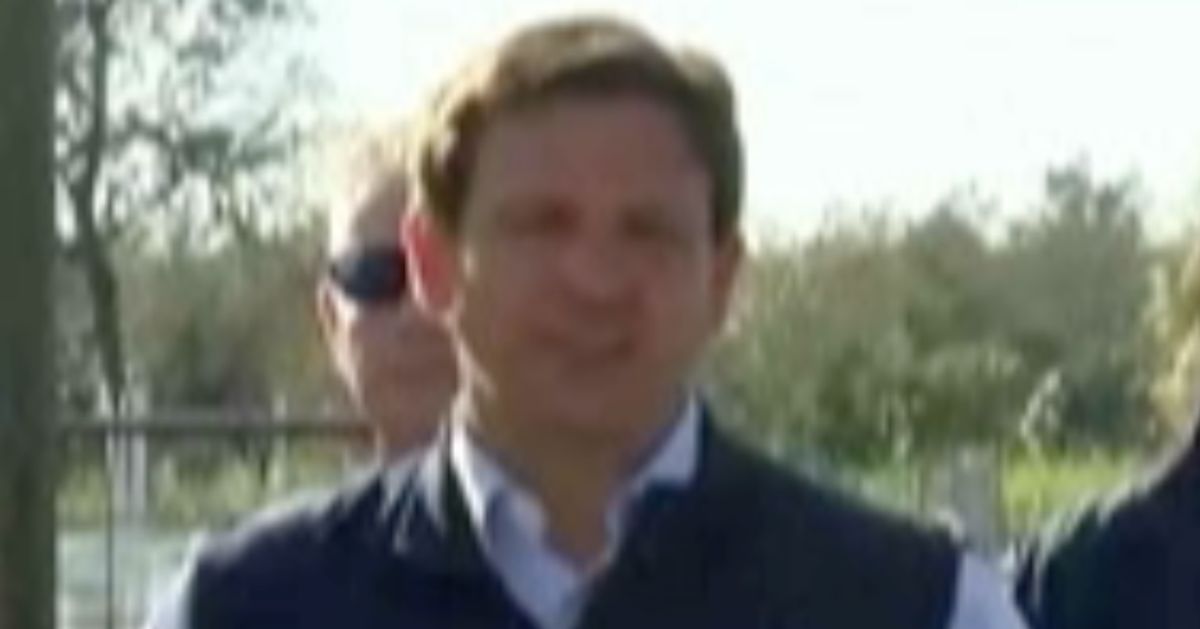 From wearing campaign garb at hurricane recovery events to falsely asserting that Ian’s landfall wasn’t “even in the cone” three days earlier, Florida Gov. Ron DeSantis is taking his combative, hyper-partisan style into his first major natural disaster response since taking office and just weeks before the Nov. 8 election that would give the Republican a second term.

“He doesn’t handle scrutiny well. The governor suffers from a glass jaw and quick temper,” said David Jolly, a former GOP congressman from Tampa. “It becomes apparent as he’s challenged with facts that don’t fit his narrative. It may be tough to confront a governor’s word during tragedy, but it’s important the state know the truth.”

On Monday, DeSantis grew testy in an interview with a CNN reporter who asked him if Lee County, where Hurricane Ian made landfall, should have called for a mandatory evacuation earlier than Tuesday, just a day before the storm hit, the way neighboring counties had done.

“Where was your industry stationed when the storm hit? Were you guys in Lee County? No, you were in Tampa,” he said to the reporter. “So they were following the weather track, and they had to make decisions based on that. But, you know, 72 hours, they weren’t even in the cone. Forty-eight hours, they were on the periphery, so you’ve got to make the decisions best you can.”

The archived charts at the National Oceanic and Atmospheric Administration’s website, however, prove DeSantis wrong.

From the 8 a.m. forecast on Sept. 25 through landfall Wednesday, forecasters’ “cone” of the storm’s likely path always included Pine Island and the Caloosahatchee River, which are both in Lee County.

And though the forecast track on Sept. 25 and 26 took the storm further north into Tampa Bay, meteorologists warned that Ian would be a major, Category 4 hurricane generating significant storm surge along the coast to the east of the storm’s center, meaning that Lee County was always at risk of flooding, even had Ian made landfall further north.

“Regardless of Ian’s exact track and intensity, there is a risk of dangerous storm surge, hurricane-force winds, and heavy rainfall along the west coast of Florida and the Florida Panhandle by the middle of the week,” forecasters warned.

The governor’s office did not respond to HuffPost queries, and his campaign office responded only by sending a link to the NOAA site that proves DeSantis misspoke.

“DeSantis has learned the lesson essential to the success of any demagogue: It is not important that what you say be true. It is only important that it be believed,” said Mac Stipanovich, a longtime Republican consultant in Florida. “And he knows that whatever he says will be believed by the GOP faithful, because to not believe would be an act of tribal treason.”

Charlie Crist, the former Republican governor of Florida now seeking his old job as a Democrat, said he wonders how many of Lee County’s 42 deaths and counting might have been prevented if county officials had ordered an evacuation on Sept. 26, as neighboring counties did, rather than Sept. 27.

“You wonder if the order had been issued earlier, how many of these people might still be with us,” he said, adding that DeSantis himself could have helped by publicly calling for all residents in flood-prone areas of southwest Florida to evacuate when it became clear the storm was at the very least going to pass close by.

“If the governor weighs in and says you probably ought to evacuate, they probably would have done it,” Crist said.

During Monday’s interview, DeSantis was clad in a dark blue vest prominently displaying his campaign logo ― just as he was at multiple official hurricane recovery events on Sunday ― thereby giving his reelection bid invaluable advertising for free.

In the morning, he participated in a church-sponsored food and water distribution session in Naples sporting the vest, and was still wearing it later as he toured the North Port area by airboat and then took part in a media availability. In Arcadia, still in the branded campaign gear, he staged a news conference, complete with a sign language interpreter and a lectern bearing the State of Florida seal.

All of the Sunday events were posted on his official governor’s office Twitter account. His campaign sells multiple items with the logo on its website, including drink coozies, flags and a $25 T-shirt with the motto: “Never. Ever. Back. Down.”

“There’s attire you can wear when you’re getting a tour or briefed that’s a little less campaigny,” Crist said.

Before Ian hit and in the days immediately following, DeSantis had been wearing a jacket marked with the Division of Emergency Management logo, as previous governors have done. It is unclear why he switched to campaign wear.

“As for the brazen display of campaign merchandise while on very serious official business, it is just more contempt for traditional governing norms,” Stipanovich said. “DeSantis does these things because he knows he will get away with them, and that is all that matters. Right and wrong don’t enter into his calculations.”

DeSantis broke the mold of a statewide primary win in Florida by campaigning using frequent appearance on Fox News rather than the traditional method of appearing at as many local party and civic events as possible. The strategy paid off when then-President Donald Trump, an avid Fox News viewer, endorsed him over his Florida establishment-backed opponent.

Upon narrowly winning the 2018 general election, DeSantis spent his first year in office governing like a relatively mainstream Republican. That changed with the arrival of the COVID-19 pandemic in 2020, though, when he reverted to the persona favored by Trump’s voting base: lashing out at critics and attacking the mainstream news media. He adopted a practice of staging news availabilities in locations around the state, inviting local and right-wing media outlets but not letting the state Capitol’s press corps in Tallahassee even know about them until shortly before their start times, making their attendance impossible.

The recent state-paid flight taking 50 asylum seekers from the Texas border to Martha’s Vineyard, Massachusetts, for example, was given to Fox News as an exclusive. The network had a crew positioned on the vacation island for the plane’s arrival.

And while Ian’s arrival in Florida has presented DeSantis an opportunity to show himself as a more normal governor just as many voters are tuning in to the 2022 governor’s race, it is uncertain whether DeSantis will choose to take it.

“DeSantis’ fundamental flaw is vanity, hubris. It may prove to be his undoing,” Stipanovich said. “The Martha’s Vineyard stunt and the resulting blowback is an example of judgment clouded by overweening confidence.”