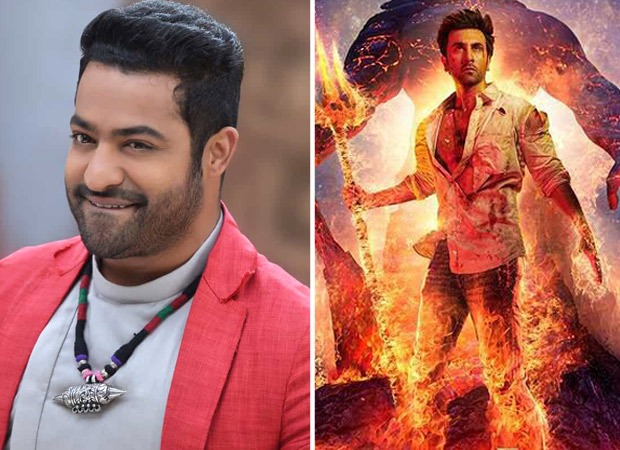 Considering that the fantasy adventure drama Brahmastra is a pan India release, the team of the film is collaborating with some renowned names in the South industry. While they joined hands with the blockbuster filmmaker SS Rajamouli for their film promotions down South, yet another popular actor from the Telugu industry has extended his association with the movie. It is none other than RRR actor Junior NTR who gained a global fan base with the big budget multi starrer that also featured Ram Charan and Alia Bhatt.

RRR actor Junior NTR to grace pre-release event of Brahmastra as a Chief Guest in Hyderabad; announces with THIS video

He will be reuniting with RRR co-star Alia Bhatt who also plays the leading lady of Brahmastra. Junior NTR has been invited as the Chief Guest for the pre-release event of the Ayan Mukerji film. The said event will be held in Hyderabad, right before the release of the film, on September 2. Announcing their association with the Telugu star, the official Instagram handle of the movie posted a video which featured scenes from Brahmastra as well as from Junior NTR’s movies. Here, have a look at this announcement video:

Brahmastra also features Telugu superstar Nagarjuna in the role of Nandi Astra. Besides Ranbir Kapoor, Alia Bhatt and Nagarjuna, the film will also see Amitabh Bachchan and Mouni Roy in extremely pivotal roles. Based on Indian mythology, the film is based on the concept of the most powerful Astra (weapon), the Brahmastra. The forthcoming release is a part of a trilogy and has been in the making for the past seven years. Directed by Ayan Mukerji and produced by Dharma Productions, it is also the first film to feature real life couple Ranbir Kapoor and Alia Bhatt together. It is slated to release on September 9 in Hindi, Tamil, and Telugu.